By Greg Wilson on September 26, 2017 in DJ / Club Culture, Merseyside, The Seventies 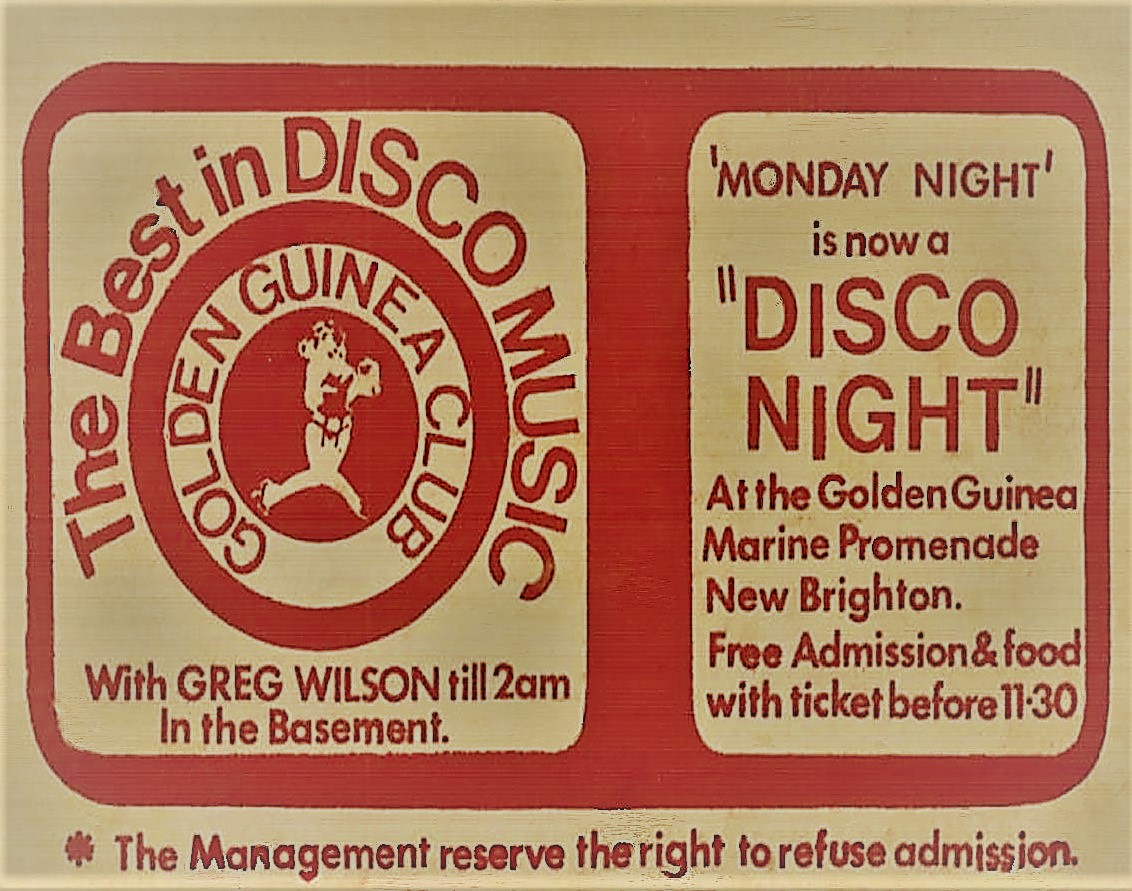 Just come across a few paragraphs I wrote as part of my Time Capsule series, where month by month I compiled a selection of the tracks I was playing back in the ‘70s when I started out as a DJ, writing accompanying text about the music featured and my own progression within the local club scene on Merseyside, and more specifically my hometown of New Brighton. I managed to cover the period January 1976 (December 1975 if the prequel, ‘First Impressions’, is included) to September 1977 (each edition originally put together exactly 30 years on, between Jan ‘06 – Sept ‘07) but the process became too time-consuming to maintain, at a point when my DJ trajectory had really built momentum.

The series acts as an in-depth illustration of how the Disco era emerged within British clubs, the music selected being a mixture of the biggest mainstream dancefloor favourites of the time alongside the more underground club cuts, often US imports, that I managed to incorporate into my nights – and what great records they were, both the commercial and the specialist. It was a glorious time to be a young black music-loving DJ. 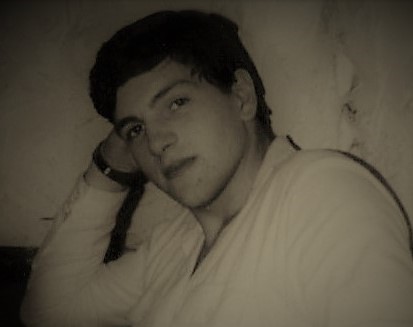 I was 17 during the summer of ’77, which I refer to below, and would remain at the Golden Guinea until 1980, when I was 20 (following a few months DJing in Denmark and Germany, I’d come back to the UK later in 1980, having landed my dream job at Wigan Pier). The words provide an insight into what it was like to be a DJ back then, which I’d like to expand on when I get chance, perhaps juxtaposing with my approach to DJing since returning in 2003, outlining the differences and similarities between both periods. It’s a comparison I’m often asked to make, so it’d be good to answer this question in a thorough manner, going through my processes both now and then. Watch this space.

In the meantime, rewind 40 years for a summer span that very much represents my coming of age as a DJ – when I found myself in the right environment to up the ante and really set about developing a scene locally. I rarely get to talk about the Golden Guinea, people are obviously more interested to hear about my time at Legend, Wigan Pier and The Haçienda, but the Guinea, and all those people who shared those years with me, holds a very special place in my affections – I was little more than a kid on reflection, but growing up quickly in terms of evolving myself into the type of DJ I aspired to be.

The Golden Guinea changed hands in the 1980s, continuing to thrive as RJ’s. The building is still there on the promenade in New Brighton, but is now a branch of Weatherspoons. At this point in time there are no longer any club spaces whatsoever in New Brighton.

The entire Time Capsule series is now available to stream via Mixcloud. Here’s the September edition, and what a month it was, some remarkable records issued in one short snapshot of time:

Having passed my driving test in May ’77 and spent £200 on my first car, a 1960’s Triumph Herald convertible, I was able to cast my net wider when it came to potential club work. I was more than ready to move on from the Penny Farthing, and Liverpool was now a serious possibility. However, rather than heading through the Mersey tunnel, I actually ended up moving to the club next door, the Golden Guinea, where I’d spend 3 highly enjoyable years, whilst establishing myself as one of the leading club DJs in the region.

The Guinea, as most people called it, like the Penny, was a 3 floor members club. The top floor was a bar, run by a larger than life lady called Twiggy, which would stay open after the rest of the club closed at 2am – there wasn’t a DJ up there, just a jukebox. The middle floor had a stage where cabaret acts appeared, with a DJ, Rob Smedley (who’d been at the club for as long as anyone could remember) playing in-between. I’d work downstairs in a cellar type space where the walls were designed to make it seem like you were in a cave. It was referred to as the Disco (the legendary R&B singer, Jackie Wilson, had once appeared down there in the ’60s, when the club was called The Kraal), and held around 250 people at a squeeze. 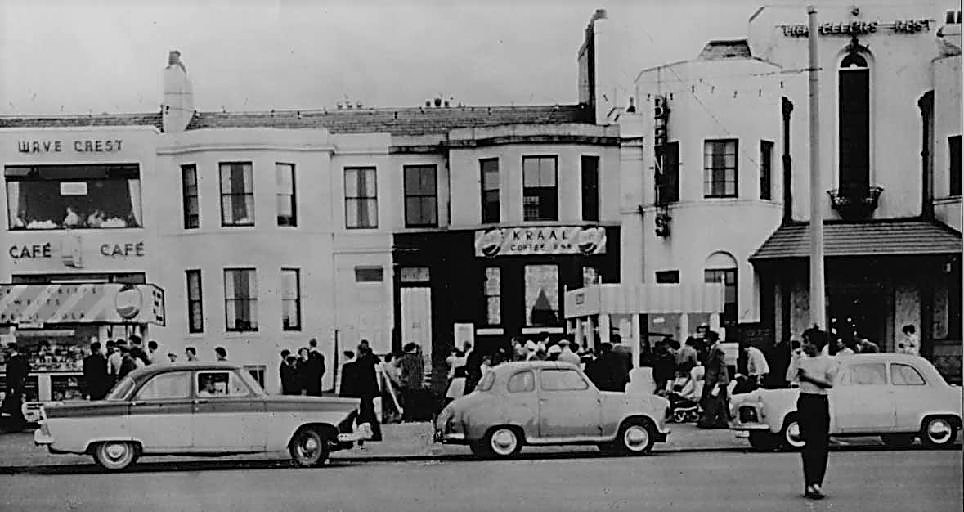 I can’t remember how the club’s owner, John Stanley, came to ask me to work there, but I eagerly accepted, agreeing on a nightly fee of £10, which was a marked improvement on what I got at the Penny. I loved the club (especially the Disco floor), and used to go in there sometimes on my nights off, or after I’d worked at the Chelsea. Many of the Golden Guineas crowd wouldn’t be seen dead in the Penny, which was regarded locally as something of a poor man’s Guinea, the type of place people would go to who’d been knocked-back next door. We were still in an era when guys had to wear a jacket to get into the club, although they were allowed to take it off once through the door, and the crowd at the Guinea was way smarter than those who went to the Penny. All in all it was a real opportunity to move up a gear as far as my DJ career was concerned, and I would grasp the situation with both hands.

I had a definite idea of where I wanted to take things on a musical level. Given the fact that Rob on the middle floor was happy to play the poppier stuff, I set myself the aim of making my floor one of the best places on Merseyside for Soul, Funk and Disco, somewhere you could hear imports alongside the best of the current releases, with the odd oldies spot thrown in for good measure. I didn’t try to change things overnight, that would have isolated the existing audience, but I gradually made the room my own and, within about 6 months, had built a scene I could be proud of, with a solid core of regulars who were well into the stuff I played, and whose enthusiasm rubbed off on the other people in attendance, ensuring that the dancefloor stayed full, even when I played something that was a little less familiar.

The trick was to introduce newer records behind established floorfillers, whilst always having a big tune in reserve if something went wrong. I often saw DJs, who were way too eager to impress, play all their biggest records far too early. They’d think they were tearing the place up when, all of a sudden, they’d realised that they’d run out of steam, and face the embarrassment of emptying the dancefloor at peak time. The rest of the night would prove to be a big struggle for these guys as they’d not only lost self-confidence, but also the confidence of the audience. Often they’d be replaced by another DJ the following week. I didn’t go out all guns blazing the moment I saw a couple of people on the dancefloor. Instead, I’d hold back while the numbers built up and, once I felt that the place was primed, I’d take to the microphone to greet everyone and kick things off from that point. The intention was to bring the people onto the floor all at once, and keep them there – a simple theory, but not as straightforward as it sounds. The way you programmed the night was obviously key, but there was also a bigger picture to take into account – how you wanted the night to develop long-term. I was very much working with the audience, week-in-week-out, gaining their trust and gradually moulding things in line with my objectives. At the Chelsea Reach, the Penny Farthing and the Deerstalker, I was a DJ amongst other DJs who worked in these venues, but the Golden Guinea would become ‘my club’ – it was an altogether deeper relationship, and one that helped me greatly evolve as a DJ. 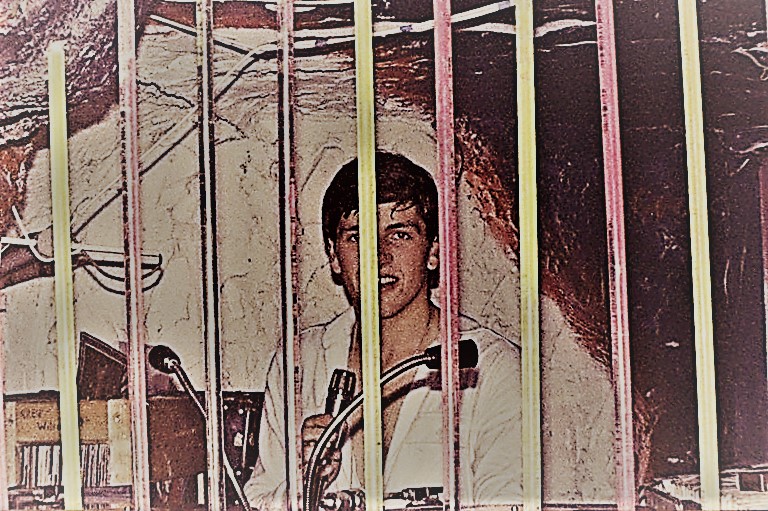 For a fuller picture of what was being played in British clubs 40 years ago:

All 22 in the series are available via this page at Mixcloud, with links to accompanying text and tracklisting available on pages for individual podcasts:
https://www.mixcloud.com/gregwilson/playlists/greg-wilson-time-capsule