By Greg Wilson on June 1, 2017 in Psychedelia, The Beatles, The Sixties 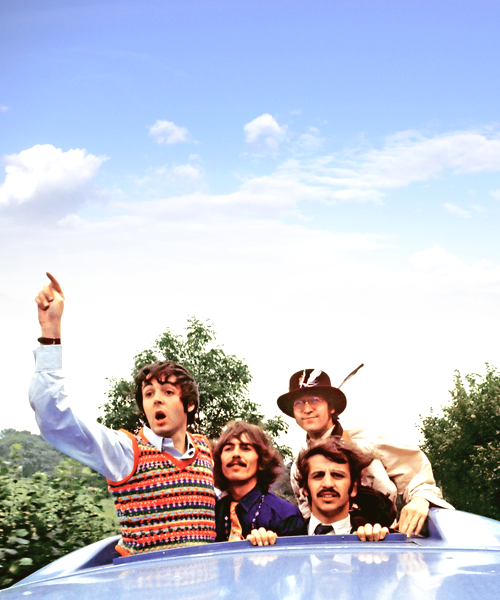 50 years ago today an album was released that took pop music, something previously regarded as disposable, into the realm of art, whilst helping enable a vital generation of young people to throw off the shackles and express themselves in ever-ambitious ways – ‘Sgt.Pepper’s Lonely Hearts Club Band’ soundtracked the fabled ‘summer of love’, which had spilled out into an unsuspecting world via the US West Coast, its psychedelic epicentre being San Francisco’s Haight-Ashbury neighbourhood, where the original hippies had gathered and pondered the meaning of it all, adopting a lateral LSD-laced stance on life that would be a defining feature of the decade.

‘Sgt. Pepper’s’ was absolutely of its time, whilst, paradoxically, remaining timeless – this is its greatness. It transports us right into the eye of the cultural hurricane that was 1967, helping us feel, or taste, that mystical, mythical, magical moment that occurred from June 1st 1967 when the western world was joined in wonderment at the contents of the grooves of this record by a band that could not only boast being the world’s most popular, but also the most innovative – as NME writer Nick Logan put it at the time, ‘this is The Beatles out there in front and the rest of us in their wake’ – those four world-shaking Scousers really were cosmic troubadours, channelling peace and love against a cold war backdrop of ‘duck and cover’ and ‘four-minute warnings’. Bringing colour where once there was only stark black and white.

The Beatles weren’t just a pop band, they were the voice of their generation, raised to this level of reverence via the genius of their musical and lyrical ideas, plus the innovations they sparked around them – like King Midas, everything they touched did turn to gold.

Whilst many Beatles aficionados might choose ‘Revolver’(1966), ‘Abbey Road’ (1969) or perhaps the ‘White Album’ (1968) as their favourite Beatles LP, most would agree that, due to its deep cultural significance, ‘Sgt. Pepper’s’ is their greatest.

June 1st 1967 and its release provides my personal omphalos, the fixed pivot point from which I’m able to span the century, pre and post-Pepper’s – an essential key which has constantly helped me unlock the doors of recent history, whilst pointing towards a better way of being. 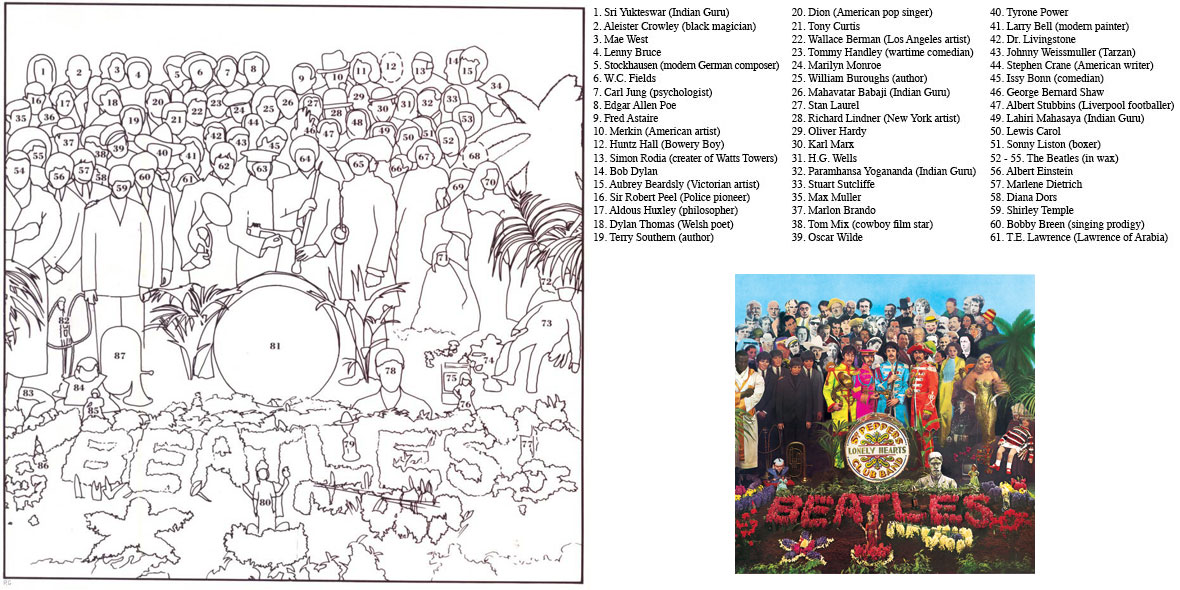 Anyhow, I won’t waste words going over the same ground as a few years ago when ‘Sgt. Pepper’s Lonely Hearts Club Band’ was part of the Living To Music series, which was a feature of my blog for almost 3 years. You can read about it here:
https://blog.gregwilson.co.uk/2013/01/living-to-music-the-beatles-sgt-peppers-lonely-hearts-club-band-3/

There have been numerous books written about ‘Sgt. Pepper’s’ – it’s such a wide-ranging subject with so many aspects, as is 1967 in general. A number of years ago I compiled a CD that included all the tracks issued by The Beatles during this crucial year, just for my own personal use for playing in my car. The Beatles released 75 minutes of music that year, which brings it in under the time limit for CD audio burning.

I’ve now added this compilation to Mixcloud – surely the most important body of recordings by any artist within a single calendar year. You can stream here:

Due to Mixcloud’s agreement in the US not allowing artist compilations, the podcast is unfortunately not available to stream there. To resolve this we’ve also uploaded it to the Hear This platform, which can be accessed in the US:
https://hearthis.at/hazy-cosmic-jive/the-beatles-1967-stereo-mono/

The compilation is repeated in mono as soon as the stereo version comes to its conclusion. I was undecided whether to present this in stereo or in mono, so I took the bull between the horns and did both. It must be remembered that, at the time, most people listened to The Beatles in mono, stereophonic sound still regarded as specialist, requiring more expensive equipment and generally the domain of classical rather than popular music, which was often listened to via the single-speaker Dansette-type record players popular with teenagers in the ’60s – mono very much the main format for Beatles recordings until 1969, the mono mixes better reflecting the group’s true intention (The Beatles were present in the studio for the mono mixes of ‘Sgt. Pepper’s’, but not the ‘less important’ stereo). The mono mixes certainly throw out different nuances to the stereo, so both are very much valid in their own way (its the standard stereo version I use, not the new mix of the album by Giles Martin, son of the late producer, George Martin, which has been released to mark the anniversary). 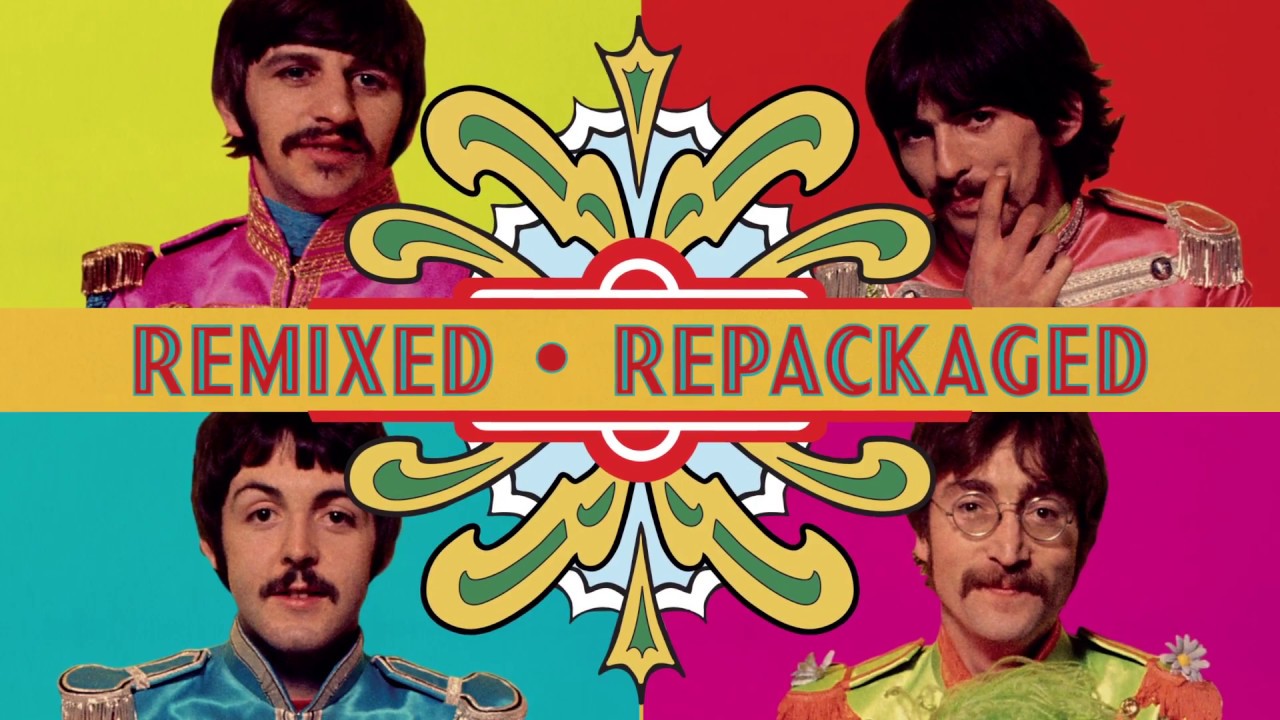 I use all the 24 separate tracks The Beatles issued that year in their order of appearance. Many bands are remembered for one great record during their career, but here we have a whole array within a 12-month span – ‘Strawberry Fields Forever’, ‘With A Little Help From My Friends’, ‘Lucy In The Sky With Diamonds’, ‘A Day In The Life’, ‘All You Need Is Love’, ‘I Am The Walrus’ to name but a quarter of the inclusions.

From a UK perspective the compilation is made up of an album, ‘Sgt. Pepper’s Lonely Hearts Club Band’, 3 singles, ‘Strawberry Fields Forever / Penny Lane’, ‘All You Need Is Love’ and ‘Hello Goodbye’ and the ‘Magical Mystery Tour’ double EP. It was different in the US, where ‘Magical Mystery Tour’ was issued as an album, the 6 tracks included on the UK’s double EP supplemented by the 4 tracks mentioned above, released as singles, plus ‘All You Need Is Love’ b-side ‘Baby You’re A Rich Man’ – the flip to ‘Hello Goodbye’, ‘I Am The Walrus’, also appeared on the ‘Magical Mystery Tour’ EP, and holds the distinction of being featured on records that simultaneously held the top 2 positions on the UK chart as 1967 drew to a close.

‘Magical Mystery Tour’ was an unscripted television film screened by the BBC on Boxing Day 1967. This comedic charabanc trip into the surreal, inspired by the ‘magic bus’ excursions of Ken Kesey’s Merry Pranksters, was panned by the critics and, for the first time since they topped the British charts in 1963, when Beatlemania gripped the nation’s teenagers, they were viewed as fallible. The music however was still wonderful, and the film has since gained some of the affection it was starved of at the time – a true curio of the era. 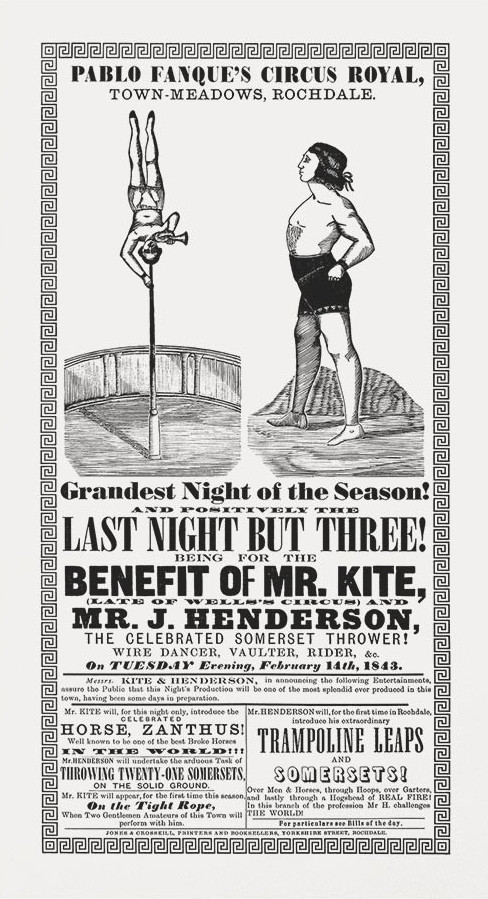 The group’s groundbreaking experiments with tape loops and samples, which they’d borrowed from the avant-garde, made a big impression on me – with hindsight, I’m very much a child of this technique. I remember that the abrupt change half way through ‘I Am The Walrus’ (at 2 minutes) took, and still takes my breath way, whilst ‘Being For The Benefit Of Mr. Kite!’ is a jamboree of found sound and tape manipulation, with the lyrics lifted, often word for word, from a Victorian circus poster John Lennon had stumbled across. Then there’s  ‘Strawberry Fields Forever’ of course, which I highlighted in my piece ‘Re-Edit Culture – A Potted History Of The DJ Manipulator’:
https://blog.gregwilson.co.uk/2017/02/re-edit-culture-a-potted-history-of-the-dj-manipulator

There is a small part of the bands recorded output missing here. At the end of ‘Sgt. Pepper’s’, after the final note of its gargantuan closing track ‘A Day In The Life’, has faded away, pressed into the run-out groove so, when played on a turntable without an automatic arm eject, loops itself endlessly, is some gibberish spoken by the band (when played backwards, sounding like ‘we’ll fuck you like a superman’). On the CD this is repeated a number of times to give the idea, but is really superfluous if you’re not listening on vinyl. Besides, some things are best left outside of time.

George Harrison noted ‘I don’t think we can ever be accused of underestimating the intelligence of our fans’. Only 3 years previous they’d be releasing brilliant, but lyrically banal tracks like ‘I Want To Hold Your Hand’ and ‘She Loves You’, but now they were leading their millions of followers, like 4 Scouse Pied Pipers, down an artistic / psychedelic rabbit hole that couldn’t have been imagined when they were shaking their mop tops and soaking up the relentless screams of their teenage Beatlemania fan-base.

What started out in 1962 with the simplicity of their first single, ‘Love Me Do’, had somehow led to the complexity of ‘Pepper’s’ closing track, ‘A Day In The Life’ – which drew lofty comparisons to T.S Elliot’s ‘The Waste Land’ (1922), regarded as one of the most important poems of the 20th Century.

In a time of increasing violence, terror and chaos we’d do well to remember The Beatles’ central message of love and peace, an antidote to the war and hatred existing in the ’60s that’s still relevant, perhaps even more than ever, here and now, half-a-century on.

Like Beethoven and Shakespeare, The Beatles are forever, and people will still be picking over the magnitude of ‘Sgt. Pepper’s Lonely Hearts Club Band’, and all their other recordings, for as long as humanity exists. 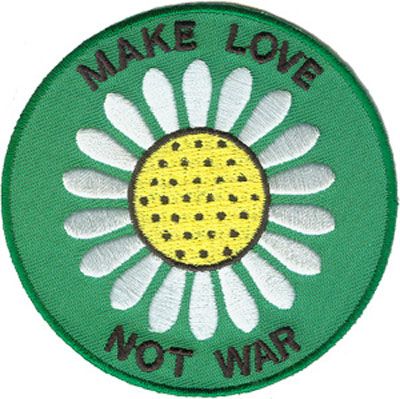 One Response to The Beatles 1967