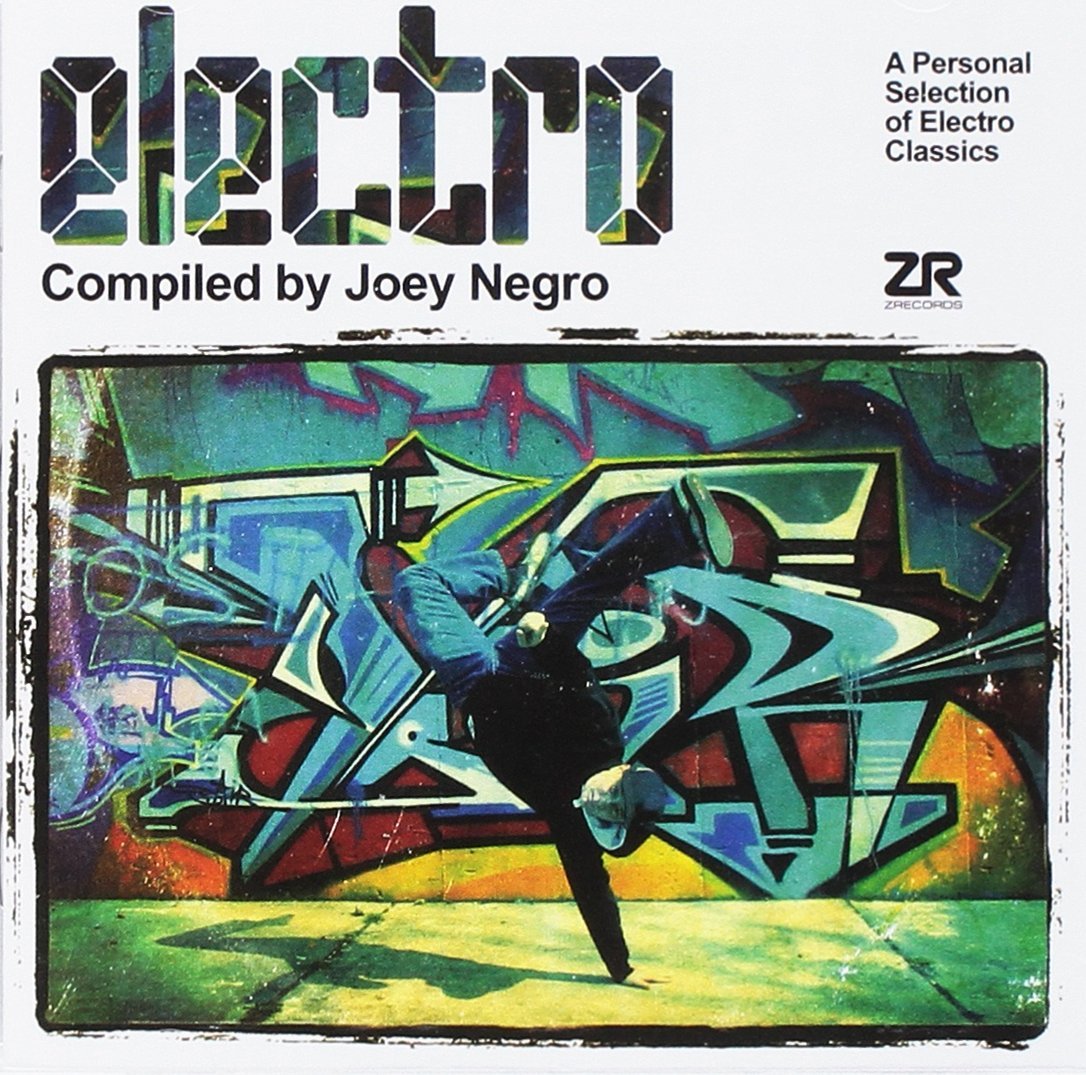 I’ve written / adapted some sleeve notes for the new Joey Negro / Z Records compilation, which I’ve reproduced below. The album is available now on CD and digital, whilst there’s also a vinyl double-pack available, featuring 8 of the tracks, 2 per side. You can purchase the various formats here:
http://www.zrecords.ltd.uk/product-detail///Z+Records/Various+Artists/Electro+compiled+by+Joey+Negro/cd/387

During the early-mid ‘80s Electro-Funk became the dominant force on the UK’s black music scene. With the previous era’s Jazz-Funk movement running out of steam the way was clear for this new technological direction to sweep out the old and announce a new wave of dance music with a distinctive futuristic edge. The computer age was upon us and electro heralded its arrival.

Electro was the EDM from way back when – the catalyst from which all subsequent forms of electronic dance music would flourish, not least House and Techno. Its impact in the UK was huge, arriving via import twelves on NY labels including Streetwise, Tommy Boy, Nia and Cutting, which initially broke via specialist DJs, myself included. The music would cross over to a wider audience thanks to Morgan Khan’s seminal ‘Street Sounds Electro’ series, launched in October 1983 – the UK’s first series of mixed albums. With breakdancing first exploding on the streets and in the shopping centres during the summer of ‘83, ‘Street Sounds Electro’ became the soundtrack for this burgeoning British movement – the cassette format ideal for the indispensable street crew sound source, the ghettoblaster. 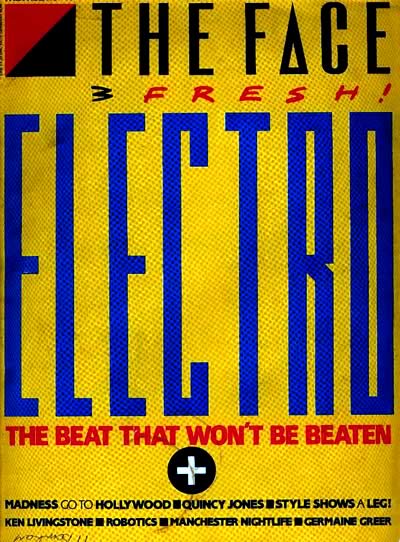 The runaway success of the ‘Electro’ compilations would impress the style bible The Face, who proclaimed ‘Electro – The Beat That Won’t Be Beaten’ across its front page in May ‘84, a full two years on from the US release of ‘Planet Rock’ by Afrika Bambaataa & The Soul Sonic Force, the defining record of the entire Electro era. This substantial delay in recognition went a long way towards obscuring Electro-Funk’s essential role in kick-starting the ‘80s dance boom, with many UK club historians bypassing this pivotal early period. Thankfully Lindsay Wesker, who wrote the club column in Black Echoes, had his ear to the ground and would make regular trips up and down the country. Along with Blues & Soul’s somewhat less electronically endeared writer, Frank Elson (who refused to even print the word at first, writing EL*C*RO instead), his columns are an important testament to those changing times. Unsurprisingly, in 1985, Wesker would be one of the key figures in the formation of London’s massively influential dance music station Kiss FM. 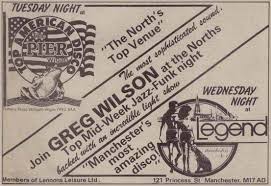 My own residencies, Manchester’s Legend and Wigan Pier were right at the cusp of things, attracting people from throughout the country, whilst cities like Nottingham, Birmingham, Sheffield and Leeds were also strongholds. Although I’m now acknowledged as a pioneer for my early support of Electro-Funk, I came in for a lot of personal criticism at the time. Having already become an established name on the Jazz-Funk scene I was seen as a heretic for playing these ‘soulless’ records, as the purists viewed them. I generally opted for the dub or instrumental versions, mixing them in alongside the more orthodox Funk, Soul and Jazz-Funk releases of the time – I further exposed the music via regular mixes for Mike Shaft’s Piccadilly Radio programme ‘TCOB’ in ‘82/’83, which was broadcast throughout the Greater Manchester region.

The music’s growth in the capital was initially stunted, with the powerful Soul Mafia DJs burying their heads in the sand by taking an anti-Electro stance, believing this new sound to be polluting black music rather than reviving it. However, the movement was unstoppable and, having gained momentum off the beaten track, especially via the pirate stations, the London Electro scene took off in a big way in 1984, with DJs like Herbie from Mastermind (who mixed the majority of the Street Sounds albums), Paul Anderson, Tim Westwood and Mike Allen, (whose Capital Radio show became an Electro institution) at the forefront. With the substantial weight of London behind it, Electro quickly enticed an ever-increasing number of switched-on white kids in its on-going search for the perfect beat. 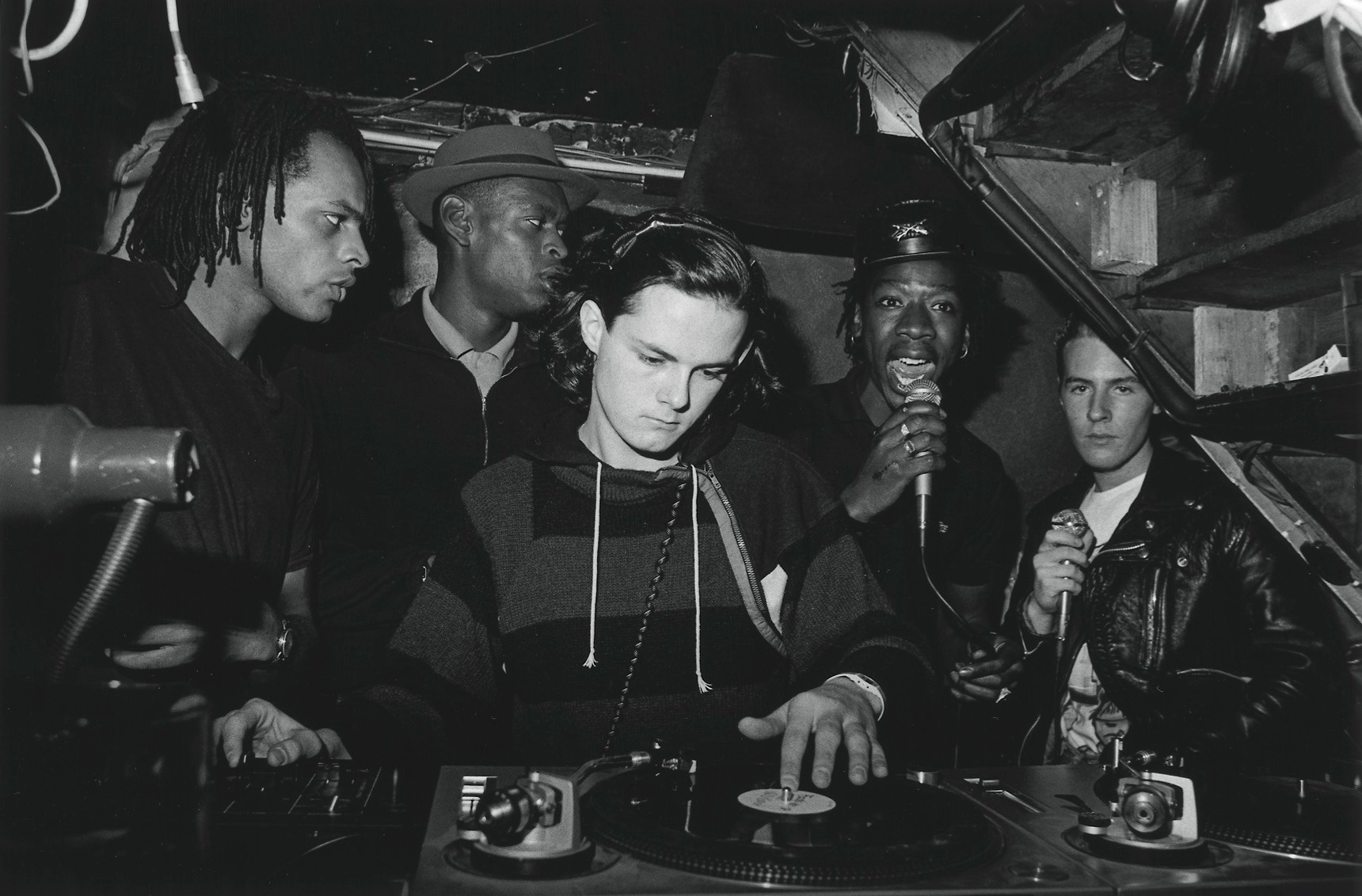 With a significant proportion of the British youth, regardless of colour, now grounded in Hip-Hop culture, the new UK dance era was well and truly under way and it wouldn’t be long before musicians and DJs here began to create their own hybrid styles, most notably in Bristol where Electro was fused with the reggae vibes of Dub and Lovers Rock, to bring about a unique flavour that would later be known as Trip-Hop. By the end of the decade, cities like Manchester and London would become major players on an ever-globalising dance scene.

What must be remembered is that whilst the b boys of the boogie down Bronx bust their moves to Funk breaks, here in the UK it was initially Electro that provided the musical accompaniment for the breakers. There was a big gap from the mid-‘70s when breaking had first flourished in the South Bronx, via mainly black and then Latino youths, until the early ‘80s when the downtown arts community in NYC picked up on what had been hidden in the city’s shadows, helping expose it to the wider world.

Electro has, however, been far too conveniently brushed under the Hip-Hop carpet. Yes, it did play a crucial role in igniting Hip-Hop’s emergence, but it also facilitated a great leap forward for dance music in general. In the wake of Disco’s enforced demise as the previous decade came to a close, New York’s recording studios were packed full of visionary producers, arrangers and remixers, including Arthur Baker, Afrika Bambaataa, John ‘Jellybean’ Benitez, Michael Jonzun, François Kevorkian, Larry Levan, Man Parrish, Shep Pettibone, John Robie, Raul A. Rodriguez, and so many more. Between them, these sonic innovators not only revolutionised black music, but initiated a whole new approach to popular music in general.

As I’ve often said, the early ‘80s provides dance music’s missing link. All roads lead back to New York and the sheer diversity of records released there. From under 100BPM to over 130, covering an entire rhythmic spectrum along the way, there was no set formula – it was all about stretching the boundaries that had begun to stifle black music. Its influences lay not only with German technopop wizards Kraftwerk, the forefathers of pure electro, plus British futurist acts like the Human League and Gary Numan, but also with numerous pioneering black musicians, Miles Davis, Sly Stone, Herbie Hancock, Stevie Wonder, legendary producer Norman Whitfield and, of course, George Clinton and his P Funk brigade included. Once the next generation of black musicians finally got their hands on the available technology it was bound to lead to a musical revolution as they ripped up the rule book with their twisted funk. 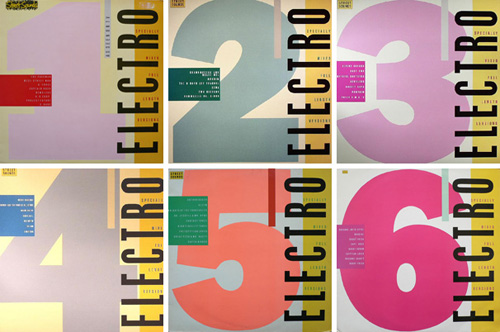 Electro-Funk’s legacy is vast. It seduced a generation with its drum machines, synthesizers and its sequencers, its rap, cut and scratch, its breaking and popping, its dub mixes, its bonus beats and its innovative use of samples. It was the prototype, and Hip-Hop, Techno, House, Jungle, Trip-Hop, Drum & Bass, UK Garage, Dubstep, Grime, plus countless other dance derivatives, all owe it a deep debt of gratitude. Without Electro’s direct influence on them, it’s unlikely that British dance acts such as Coldcut, 808 State, A Guy Called Gerald, Soul To Soul, Massive Attack, The Prodigy, William Orbit, Goldie, the Chemical Brothers, Underworld and Fatboy Slim would have emerged. The dance music scene here could never have exploded as it did without Electro sparking the touchpaper earlier in the decade – it was the kids who were already versed in Electro who were quickest out of the blocks when House and Techno began to make inroads. Electro was the instigator of so much. 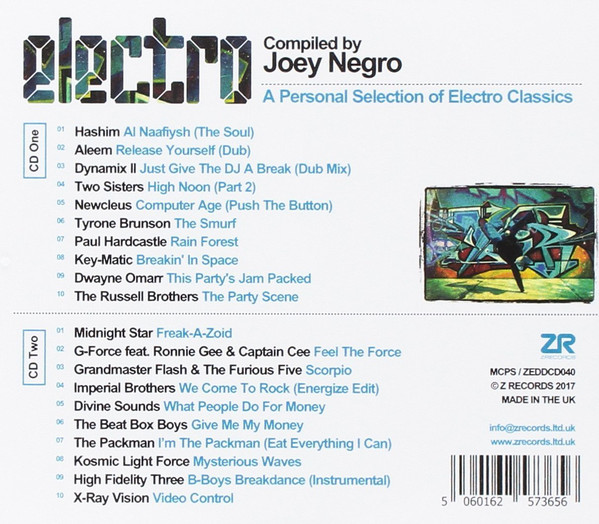 This is a compilation of personal favourites selected by Joey Negro, some of which I used to play myself, others which came along after my time, having stopped DJing in 1984. These were amongst the records he was buying in the run up to when he began his career in the music business, just as House was beginning to bubble and rise, leading him on, to date, a 3-decade DJ odyssey.

It features some tracks I know intimately, Legend tunes as I personally regard them – Tyrone Brunson’s jazz tinged ‘The Smurf’, Flash & The Five’s jagged ‘Scorpio’ jam, the aural assault of Two Sisters with ‘High Noon’, the Russell Brothers who released a stone cold cult-classic ‘The Party Scene’, mysteriously their only recording, and the mighty Hashim, whose ‘Al-Naafiysh (The Soul)’ was a track I introduced to The Haçienda during my 1983 residency, which was still being dropped there at the height of the rave era. All of these, as well as a few other inclusions, packed the floor at Legend and Wigan Pier, whilst tracks like the Imperial Brothers ‘We Came To Rock’, Key-Matic ‘Breakin’ In Space’, Hi-Fidelity Three ‘B Boys Breakdance’, Captain Rock ‘Capt. Rock To The Future Shock’ and Aleem ‘Release Yourself’ were huge in the following phase – the type of tunes Mike Allen would be have been transmitting over the London airwaves in ‘84. There are a few curios, like ‘Rain Forest’, by the UK’s Paul Hardcastle, which merged an earlier British Jazz-Funk vibe to score big on the underground a year ahead of his worldwide hit ‘19’, as well as Daniel Sofer’s ‘One Hundred Speakers’ – a West Coast release on the Saturn label, giving Dr Dre an early credit for ‘Scratchmix’. Electro’s durability is also highlighted, via 1987’s ‘Just Give The DJ A Break’ by Dynamix II, which instigated Miami’s Electro Bass direction. 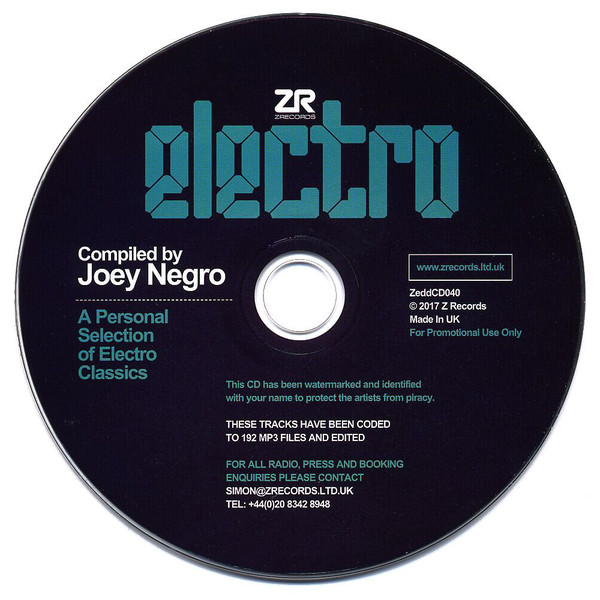 2 Responses to Joey Negro – A Personal Selection Of Electro Classics