Technology is often a double-edged sword, announcing on the one hand exciting new possibilities, but on the other a break from a tradition you once thought was always.

People consume music very differently now to how they did in our not too distant past. The demise of the record shop, an almost mythical meeting place where life-defining tunes were first heard, then eagerly bought and brought back home for more intimate exploration, is sadly lamented by many, and this been a factor in the recent vinyl renaissance – leaving all that black gold behind us was just too much to bear.

Although a healthy amount of younger heads have nobly hooked-up a record player, the overwhelming majority of people nowadays listen to their music online, via platforms like iTunes, YouTube, SoundCloud and Spotify, which has now amassed an impressive history of recorded music to select from, confirming the ever-escalating trend for people to move away from buying their music, instead listening via a sonic library. We now loan what we used to own. 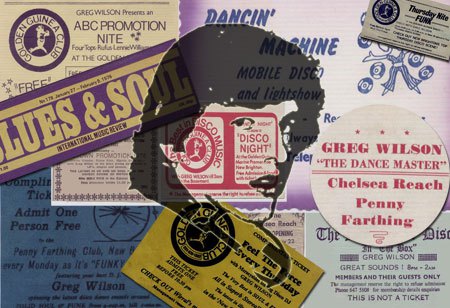 On the flip side, as an archive Spotify is immense. I’ve been impressed, for example, with the amount of tracks I was able to find from my Time Capsule series, which covered the music I was playing in the clubs back in 1976 and 1977, some of it pretty obscure. Granted, there are still frustrating omissions, but overall I’ve got to say that if you’d told me, back in 1976, that there would be the possibility of hearing a great deal of the music I owned, and would subsequently own, not to mention all the stuff I could never find time to hear if I lived a dozen lifetimes; and all there at my fingertips, all accessible within my own home (or let’s make it anywhere I want to be), I’d have signed up to the future there and then. What an incredible resource this is.

I suppose that, moving forward, and given the unlimited choice now available, the need for curation grows ever-stronger, people utilizing trusted sources in order to access the ocean of recorded history now available.

It’s in this spirit that I’ve approached Spotify, which provides a solid platform for my more documentative projects, like the Random Influences and Time Capsule series’, whilst also enabling me to create playlists from genre selections I have on SoundCloud and Mixcloud – Electro, Northern Soul and the early to mid-’70s Soul, Funk and Proto-Disco tracks that feature in my Music Played In Discotheques mix.

Then there are artist compilations, my Bowie tribute following his death earlier this year, and a Beatles Children’s Classics playlist taken from a CD I’d put together for my son back in the late ’90s, and then burnt off for friends along the way, so they could play to their kids – I put this on Spotify when The Beatles back catalogue was made available to stream:
https://blog.gregwilson.co.uk/2015/12/streaming-the-beatles/

There are also playlists containing my remixes, production & edits and one for the releases on my record label, Super Weird Substance, but whilst SoundCloud and Mixcloud are more related to what I do as a DJ, Spotify is more akin to the blog, taking in a wider-range of music and influences.

What’s been particularly pleasing is that Random Influences, which has had, and continues to have, a number of homes since its inception in 2010, has finally found its most suited abode. Whilst I didn’t have a way around it at the time, the 12 part 24-hour long series was compromised by even being in a fixed running order. It features a days worth of 7” singles I knew and loved during my formative years, and Spotify finally allows me to present the series in a way that’s befitting of its name, all the tracks in a single playlist and the shuffle function enabling the randomising I’d initially envisaged for the selected tracks, but had no realistic way of achieving until now. This can, of course, be done with any playlist, but it’s the perfect way to consume Random Influences.

So have a look for yourself, plenty already there to explore and lots more to come. Check in here:
https://open.spotify.com/user/djgregwilson