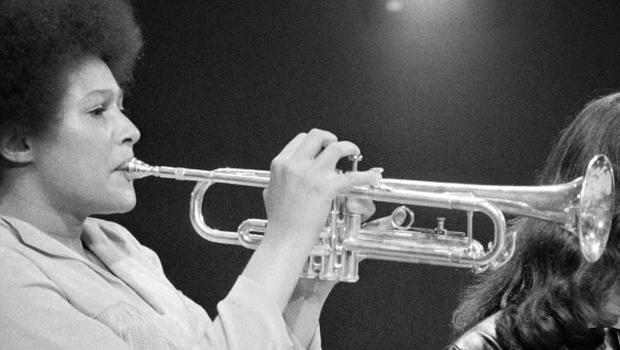 Cynthia Robinson, trumpeter / vocalist with Sly & The Family Stone, died last month aged 71. She was part of a band that truly broke barriers back in the late ’60s / early ’70s, being both multi-racial as well as consisting of male and female members.

Sly & The Family Stone’s unique brand of Psychedelic Funk drew from the Hippie ethos of San Francisco’s Haight-Ashbury. Hits included ‘Dance To The Music’ (the opening ‘say, get up and dance to the music…’ vocal belonging to Robinson), ‘Everyday People’, ‘I Want To Take You Higher’ and ‘Family Affair’. Bassist, Larry Graham, invented the slap bass playing style, adding to their distinctive sound, and the group would make a triumphant appearance at the Woodstock festival in 1969.

Bandleader Sly Stone had been a DJ on SF radio station KSOL, who was happy to include white artists like The Beatles and The Rolling Stones, amidst an otherwise black music playlist.

In 1995 Robinson, along with other Family Stone members, was interviewed for the BBC documentary ‘Make It Funky’, which was part of the ‘Dancing In The Street’ documentary. The interview starts around the 17 minute mark here:
https://vimeo.com/16178323 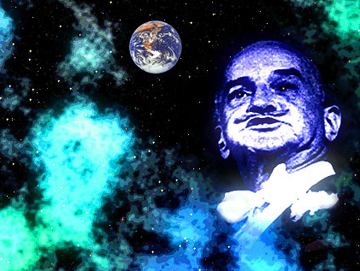 In the documentary she paraphrases a jingle that Sly Stone used to play at the start of his radio shows; ‘listen all you cats and kitty’s sittin’ out there whippin’ and wailin’…’. It was only later that I realized that this was taken from a 1952 recording by Lord Buckley called ‘The Nazz’. Buckley, who might be described as a hip beatnik aristocrat, was praised by Bob Dylan as ‘the hipster, bebop preacher who defies all labels’. When I put together the ‘Blind Arcade Meets Super Weird Substance In The Morphogenetic Field’ mixtape, I sampled both the Cynthia Robinson soundbite (24:05) and the Lord Buckley original (52:48) – you can check it out here:
https://soundcloud.com/gregwilson/blind-arcade-meets-super-weird-substance-in-the-morphogenetic-field

On the back of her sampled inclusion on the mixtape, Robinson was one of the characters illustrated by Dominic Mandrell on the 12” sleeves for our Super Weird Substance releases this year:
http://www.superweirdsubstance.com/wp-content/uploads/2015/05/SWSBOX001.jpg 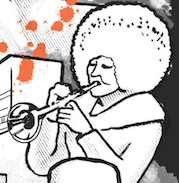 One Response to Cynthia Robinson