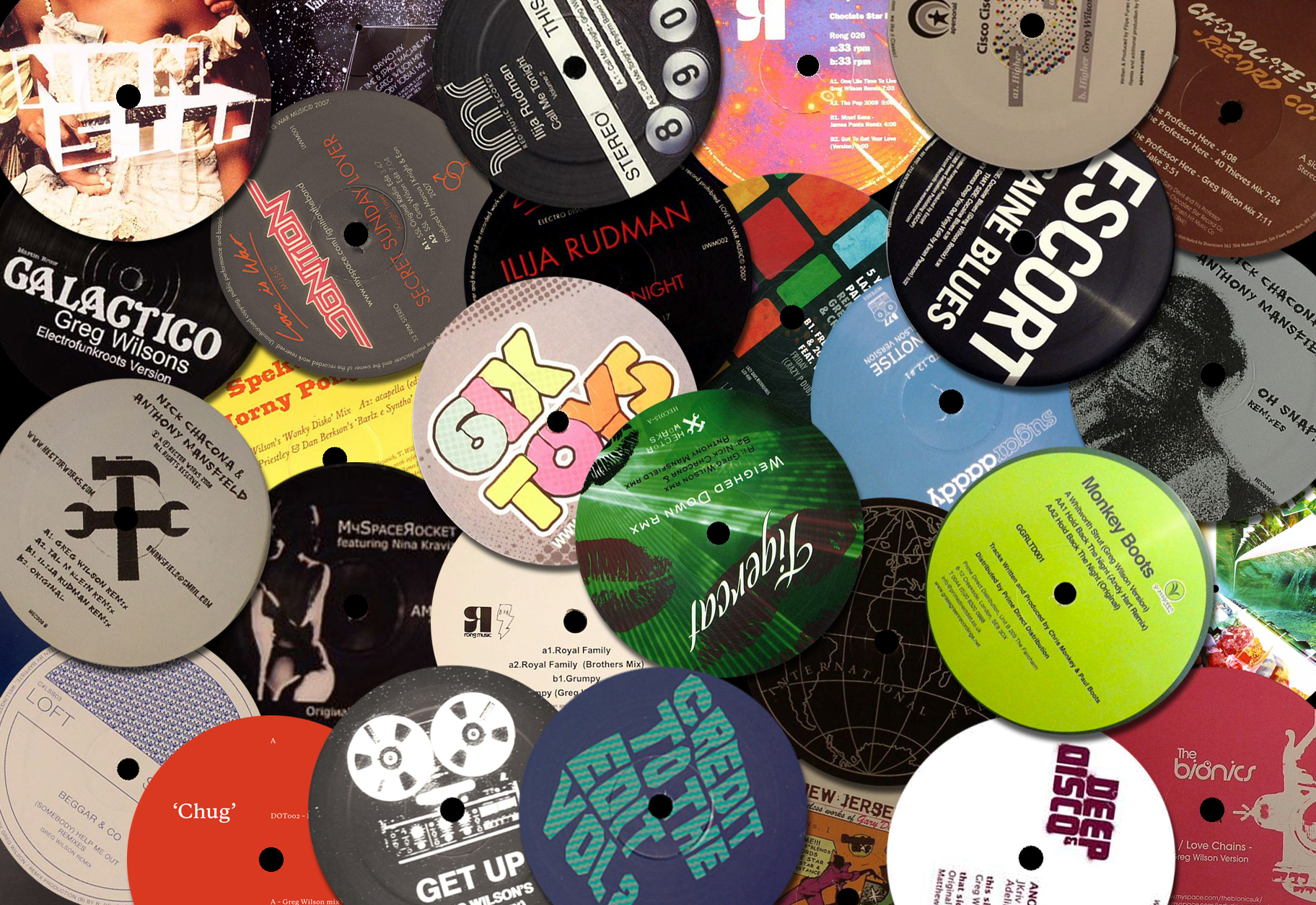 I’ve been giving the studio computer a bit of a spring clean, sorting everything into the correct folders and generally getting myself better organised. Given that I’ve entered a new phase, as far as remixing is concerned, partnering up with Derek Kaye nowadays, I think this is a good time to clear the decks and make the work I did between 2005-2013 available to stream via SoundCloud as a complete collection – 40 tracks in all.

My first remixes were done 30 years ago, back in 1984, and all related to the ‘UK Electro’ project (more at: www.electrofunkroots.co.uk/misc/uk_electro.html). I produced and remixed pretty regularly for the next decade or so, but things increasingly dried up from there, the next 10 years being relatively fallow for me, until a new cycle began in 2005 as a consequence of my DJ return. There have also, of course, been many edits, but this is a different type of manipulation, given that you’re limited to the stereo recording of the track in hand.

Because the line can nowadays be blurred between what some might call an edit and others a remix, I started to apply the old Jamaican term ‘version’ to everything I worked on where I could separate at least some of the component parts of the original track (although some of the labels still credited these as edits). In most cases I worked with a complete set of stems (original multitrack parts), giving me full scope to remix; in others my options were more limited. All of these were commissioned by record companies, or by the artists directly, and only one has never been made available (although not officially released, my take on Elektrons was issued as a DJ only promo). The exception is Goldfrapp’s ‘Dreaming’, which the label approved, but never got around to releasing for whatever reason. A similar thing happened with The XX and ‘Night Time’ – I kept trying to find out when it would be made available, not least because of the amount of enquiries I was getting about it (having featured it, as I also did with the Goldfrapp remix, on the 2010 festival circuit). Finally, just as I was about to give up the ghost, I learned that it was going to be issued as part of a limited edition 12” the band were putting out in Japan in 2011. On my last glance at Discogs the cheapest copy of this record currently available is priced at a whopping £164.06!

Although the vast majority are UK or US recordings, also represented (either by artist or label) are Belgium, Croatia, Jamaica, Japan, New Zealand, Portugal, Russia, Spain and Uruguay. There are a couple in there that didn’t come together quite as well as others, which is only natural, but I’m really satisfied with the overall body of work, which will be uploaded, in alphabetical order, into their own set at SoundCloud, which you can access here (all are uploaded, bar 2 – Grace Jones ‘William’s Blood’ and 40 Thieves ‘Don’t Turn It Off, which I’ll endeavour to add on as soon as I get the go ahead):

The first of these ‘versions’ was commissioned in 2005 by Manchester’s Fat City Records. I mentioned it in an interview with Keep On Magazine that year:

“Matt Triggs from Fat City contacted me about the idea of doing a re-edit on one of Martin Brew’s tracks and ‘Galactico’ fitted the bill perfectly – the track was already a popular underground dance tune, but I’ve put a new slant on it.

It ended up going a stage further than a re-edit, as I worked from a CD of the individual parts. In many ways it’s like an old style remix, although I didn’t change Martin’s sounds in any way, just added into the track with sounds of my own.”

It was this nod to the past that informed my approach. With the advances in home-based technology enabling people to remix on their own computers I figured that, apart from the obvious benefits, there was also a significant downside. Back in the early ’80s, when the likes of Tee Scott, Shep Pettibone, Larry Levan, ‘Jellybean’ Benitez and François Kevorkian had taken up the baton from ’70s pioneers Tom Moulton and Walter Gibbons, remixing was, to my ears, at its creative zenith. A dub sensibility had been introduced, and most of the tracks I was playing in the clubs during ’82/’83 contained exciting and innovative dubs, or instrumental mixes, on the flip side of the 12” release. It was these dance variants that I was going with 9 times out of 10. Later down the line, with technology allowing people to work on remixes at their own leisure in the comfort of their homes, and giving them almost limitless options, which obviously wasn’t the case in the early ’80s when a studio needed to be booked and the remixers would work from multitrack tape, with a finite number of tracks at their disposal, I felt that, for want of a better term, the vibe was being lost. 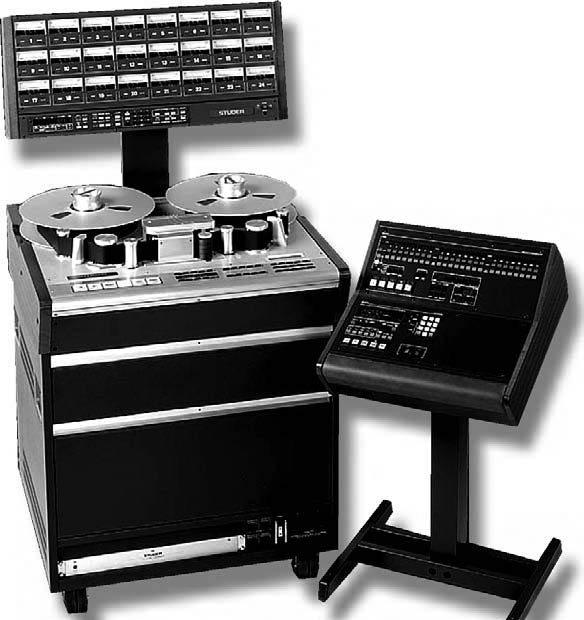 Remixes were becoming more sanitised, and I put this down to the fact that many of those classic early ’80s excursions were probably done in a single studio session, the remixer working against the clock, time being money. This meant that vibe / instinct was much more important in terms of how the mix worked itself out, for if the session ran out, and the mix wasn’t completed, it wasn’t a case of just going ahead and booking another expensive studio day – that was pretty much that. In short, whatever came out of the studio session was the remix (with additional editing options available afterward), and it was this very restriction that forced the remixers to think quickly, and often outside of the box, relying heavily on vibe and feel. They were remixing as much from the heart as from the head (this balance shifting later, as everything was worked out much more methodically, given the ever-increasing amount of options available, especially as the digital age gained momentum).

So, with this earlier time in mind I always tried to apply this principle as best I could, taking a more freeflowing / instinctive approach, where the mix was generally mapped out in one session and then it was just a case of putting the sheen on things from there – the advances in technology now a godsend, rather than a hindrance. By placing these initial restrictions on myself I felt I got better results – it was a less is more type scenario.

Although the principle is still applied, I work differently now I’ve hooked up with Derek. Whereas I’m very much loops based in my approach, he introduces a new level of musicality, playing (rather than, in my case, sampling) in additional elements, be it beats, bass or keys. It’s a perfect marriage, each of us covering the other’s weak spots and, over the 9 remixes we’ve done together to date, we’ve really honed our sound. During the next few months a handful of our mixes will be made available – Blancmange ‘Feel Me’, Joan As Police Woman ‘Holy City’, Gilberto Gil ‘Maracatu Atomica’, plus Steve Mason ‘Come To Me’ and ‘Seen It All Before’, all issued both on vinyl and digitally, whilst a 12” release is upcoming for ‘Stand Tough’ by Situation, currently only available digitally. I’ll make sure to follow-up on the ‘versions’ uploads by getting all these up onto SoundCloud once available to buy, along with my previous mixes in collaboration with Derek that are already available – Bryan Ferry ‘Don’t Stop The Dance’, Daniele Baldelli ‘Mellow Games’ and Grandbrothers ‘Ezra Was Right’. 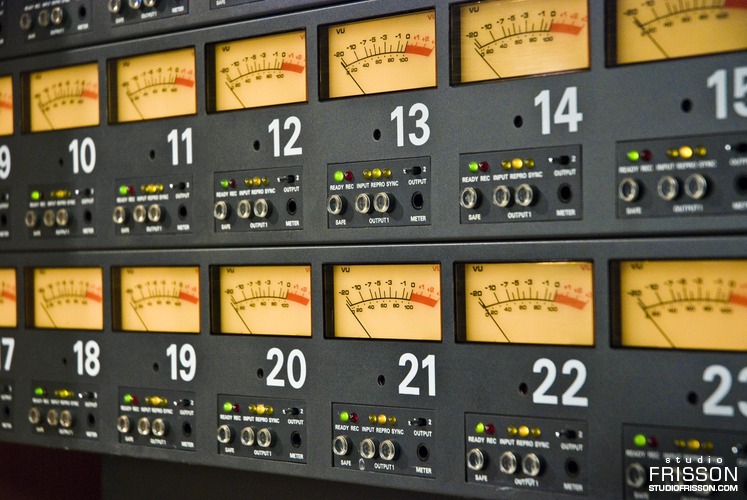