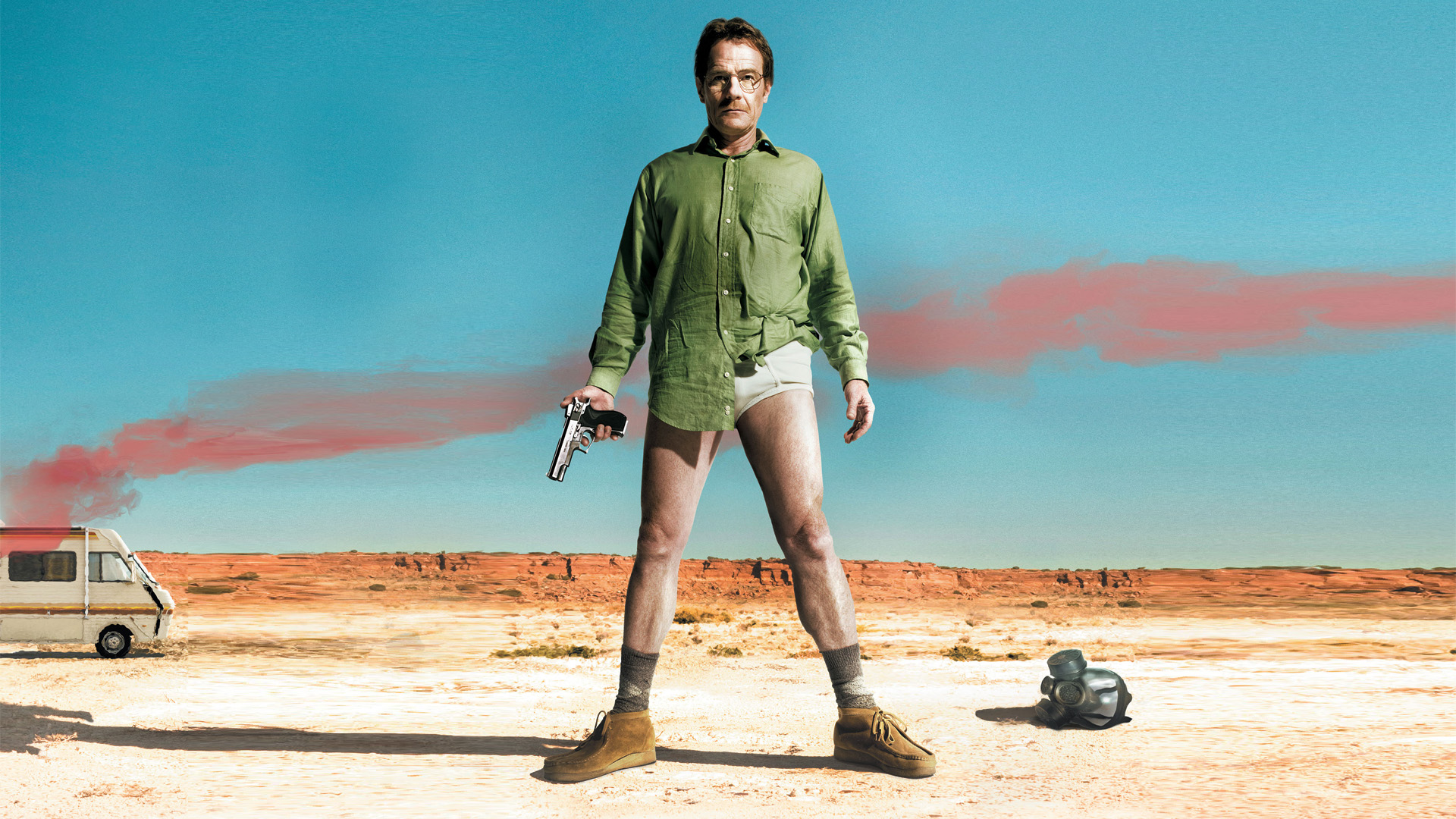 I finally got around to watching the US TV series ‘Breaking Bad’ – a bit late, I know, but better late than never. My son had been constantly raving about it since picking up on it via Netflix – he’d stumbled across it, given it a go, and, just like the programme’s subject matter, it had him hooked in no time. Having quickly caught up with the then ongoing series, along with millions of others, he was glued right through to the concluding episode last September.

I must admit it was a bit disconcerting when, soon after he’d begun watching ‘Breaking Bad’, he explained to me that the plot concerned a chemistry teacher who’d been diagnosed with cancer and subsequently, to safeguard his family’s future security, had taken to illegally cooking up batches of highly addictive crystal meth, utilizing his knowledge of the necessary chemicals to produce the purest product on the market, and thus building notoriety within the criminal underworld. You don’t expect 14 year olds to be speaking to you with such non-judgmental comprehension about the fineries of the manufacture and distribution of something as dangerous and damaging as methamphetamine (or ‘ice’ to give it its street name), but that’s the paradox of ‘Breaking Bad’, and exactly what makes it such a marker of the times in which we live. 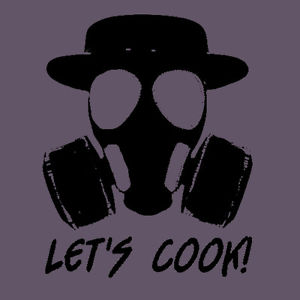 The descent of the lead character, Walter White aka Heisenberg, ‘from Mr. Chips into Scarface’, as the shows creator Vince Gilligan put it, is the central theme. The fact that what he’s doing is abhorrent to anyone who’s come across the devastation caused by meth addiction gives the series its gravitas, making us feel uncomfortable in our hope that he’ll avoid detection, when, in reality, we’d surely want such a person removed from society at the earliest opportunity.

Walter White / Heisenberg is one of the great anti-heroes of our time – an unremarkable everyman (at least on the surface) who, due to life circumstances, finds himself increasingly drawn towards the darker side of his nature. Yet, despite clearly knowing better, we brush over the immorality of his actions as though he was some sort of modern day Robin Hood. 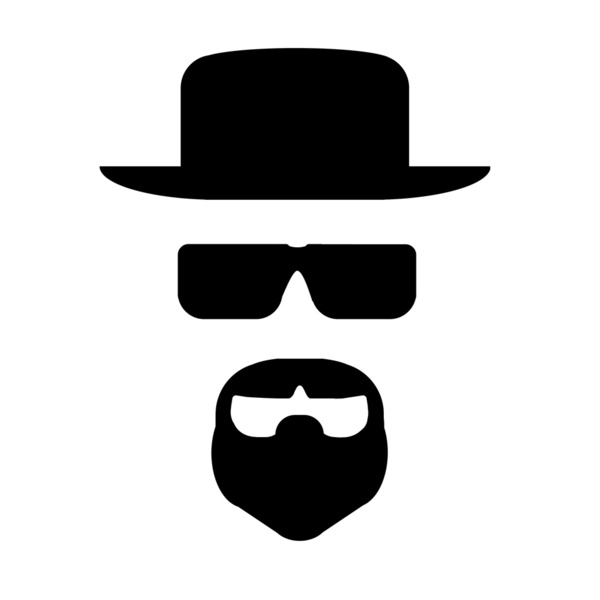 In order to blur those lines between right and wrong / light and dark / good and evil, the storytelling and its portrayal has to be top-notch, and this is what sets ‘Breaking Bad’ apart, not only as a must-see series, but an important pop culture event. In creating a character that ‘had to be simultaneously loathsome and sympathetic’, Gilligan cast the ideal leading man in Bryan Cranston, an actor previously best-known for a gentler comedic role in the US sit-com ‘Malcolm In The Middle’ (2000-2006). With ‘Breaking Bad’ lauded as ‘one of the greatest television series of all time’, Cranston was showered with awards and accolades for his enactment of the lead role, and is now no less than a screen icon, his goatee beard, glasses / sunglasses and flat top pork pie hat providing a potent image that will surely resonate with future generations, to whom ‘Breaking Bad’ will continue to be held in high regard, just as Quentin Tarantino’s ’90s movies, especially ‘Reservoir Dogs’ (1992) and ‘Pulp Fiction’ (1994), will always remain symbolic of the times in which they were made, the work rich in cultural reference points.

‘Breaking Bad’ is set in Albuquerque, 230 miles from the US / Mexican border, which over recent history has become increasingly fraught with danger as powerful Mexican cartels wrestle over control of the lucrative drugs trade and its distribution routes into America. The brutality of the cartels is most vividly illustrated by the ongoing spate of beheadings that have been a grizzly feature of the feuds within Mexico since 2006, when a group of armed men entered a discotheque in the region of Michoacán, and dumped 5 severed heads belonging to street-level methamphetamine dealers from a plastic bag onto the dancefloor. The number of people executed in such a manner now runs into the thousands, with horrifying video clips of these ‘narco-killings’ uploaded to the internet as a warning to anyone who crosses the cartels.

It’s against this blood soaked backdrop that ‘Breaking Bad’ plays out, with the action taking place not only on the US side of the border, but also in Mexico – the sheer ruthlessness of many of the characters adding to the overall tension that Gilligan expertly musters episode to episode. 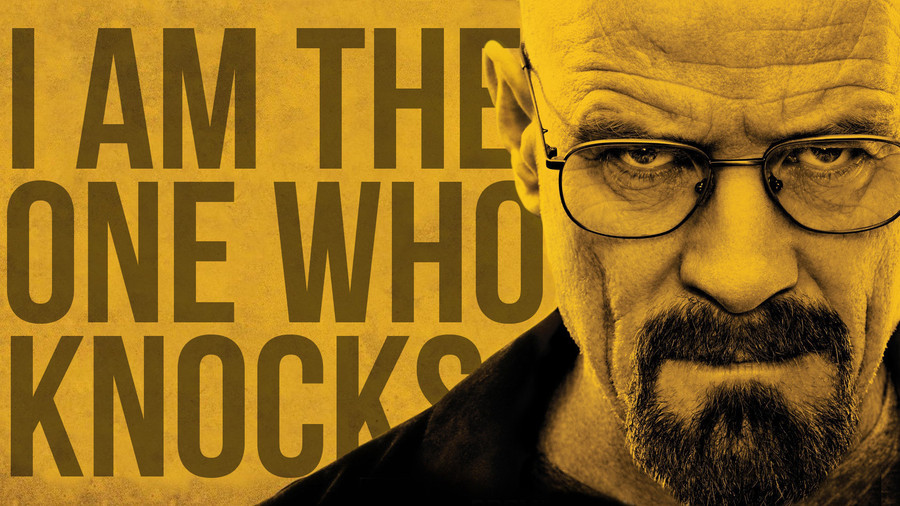 Heisenberg’s chilling statement, ‘I am the one who knocks’, has become the most quotable line of the series. It’s not so much what he says, but the context of its delivery, and the implications of this statement, leaving us in no doubt that Walter White’s Dr Jeckyll has now been almost totally usurped by Heisenberg’s Mr Hyde.

Broadcast over a 5 series span (2008-2013) in 62 episodes, each lasting approximately 47 minutes, it’s clearly a mammoth watch, but once you start you won’t want to stop – it’s as moreish as they come, and fans who just can’t get enough of the show are even now turning to the Spanish language remake, ‘Metástasis’, shot in Columbia with a different cast, to continue to feed their habit. 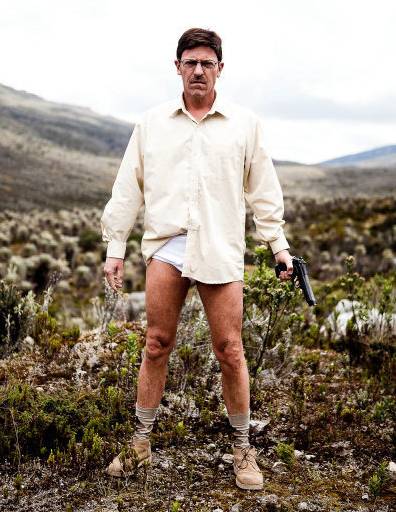