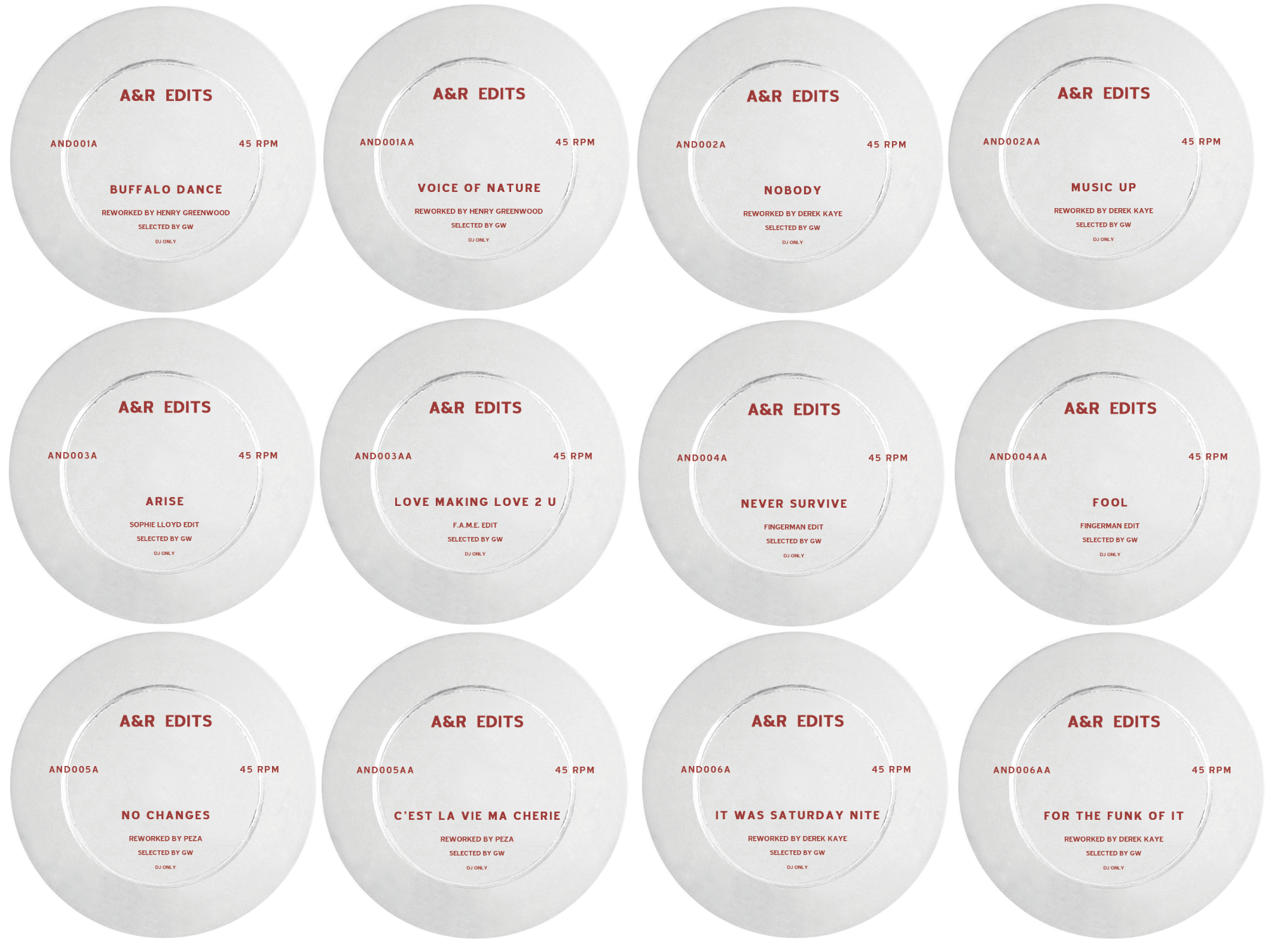 It’s 10 months since I blogged about the first 2 A&R Edits releases, issued simultaneously on DJ only limited 12” vinyl. Since then there have been 3 further additions, with another to follow next month, making 6 releases in all, each containing 2 tracks.

12 is a good number of tunes for a mix, so I’ve knitted this disco dozen together, all of which will be familiar if you follow my live mixes on SoundCloud. In my role as selector for the A&R series I’ve been able to help draw attention to some top-notch edits and reworks from UK DJs Henry Greenwood, Derek Kaye, Sophie Lloyd, Fingerman and Peza, plus Detroit’s F.A.M.E. crew.

The most recent release featured Peza’s take on the pre-Rodgers & Edwards Sister Sledge single, ‘Love Don’t You Go Through No Changes On Me’ (aka ‘No Changes’), which, although never a hit like many of their subsequent Chic infused recordings, was a cult tune at one of the key UK club venues of the ’70s, the Blackpool Mecca, which was the club at the root of the Northern Soul schism, when it’s DJs, Ian Levine and Colin Curtis, began playing contemporary Disco tracks alongside the ’60s obscurities that had defined the scene since its inception.

On the flip side is the 1979 German New Wave cut, ‘No G.D.M.’ by Gina X Performance, again reworked by Peza, a track recorded in homage to the English ‘stately homo’ Quentin Crisp – G.D.M. referring to Crisp’s famous remark that ‘there is no great dark man’.

Next up will be Derek Kaye’s 2nd A&R coupling. Due late April, he reworks a pair of ’70s Funk classics from 2 of the era’s most influential groups, Funkadelic and Earth Wind & Fire.

There will be a series of regular A&R Edits nights in Shoreditch, London at Trapeze (formerly East Village), the first of which is tomorrow night (March 28th) with Henry Greenwood appearing at the club alongside label chief Gavin Kendrick.

One Response to A&R Edits Mixed