By Greg Wilson on October 28, 2013 in RIP, The Nineties, The Seventies, The Sixties 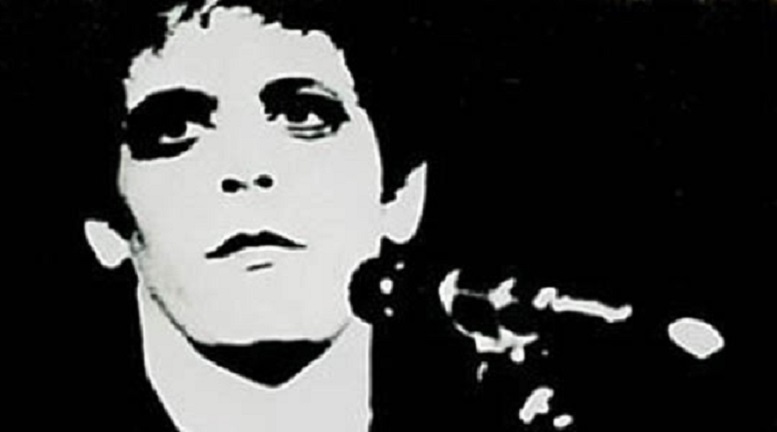 One of Rock’s iconic figures, former Velvet Underground frontman Lou Reed, died yesterday, aged 71. His death was reportedly due to a ‘liver related ailment’ (Reed had undergone a liver transplant earlier this year).

Although The Velvet Underground, formed in New York and managed by pop art guru Andy Warhol, never achieved mainstream success, their influence was vast, the band cited by many critics as one of the most important and influential groups of the 1960s.

It was as a solo artist that I first came across Lou Reed, when I was 13. I can clearly remember the exact moment, in May 1973, when the once heard never forgotten ‘Walk On The Wild Side’ stopped me in my tracks. I wrote about it for the ditto website a couple of years ago:

It’s Spring and I’m in school on a Tuesday lunch time. I have a transistor radio pressed close up to my ear and I’m listening to Johnny Walker, the BBC Radio 1 presenter, who, every Tuesday, announces the latest UK singles chart rundown, which I followed religiously back then. All of a sudden, despite the limitations of my tinny sound source, I hear that bass line for the first time and I’m instantly under its spell. Then came the song, which seemed to be some kind of sleazily surreal ‘through the looking glass’ saga, with Holly, Sugar Plum Fairy and Little Joe amongst a cast of curious characters. I had no idea what it all meant (neither did the BBC, or they would have banned it on the spot), but the word imagery mesmerized me. Holly, it transpired, was a very different type of tranny to the one held tightly to my ear.

I was already big into Bowie by this point, so I’d have read in Record Mirror or Disc that he and Mick Ronson had produced Lou Reed, although I hadn’t properly got my head around what production actually was. Now I’d been exposed to this unique aural treat, all that mattered was getting my hands on a copy straight away, so it was off to the record shop to pick one up without delay.

As it turns out, the flip side, ‘Perfect Day’, was also destined to become a classic, and is now the second best-known and loved Lou Reed track. Not the subtly tormented love song it appears to be on the surface, its subtext apparently an ode to heroin, which Reed had been accused of glorifying since his time with the Velvet Underground. What’s for sure is that it’s certainly one of the great 7” couplings, and more than convinced me to save my pennies for a copy of ‘Transformer’, the album from which this wondrous single had been taken. 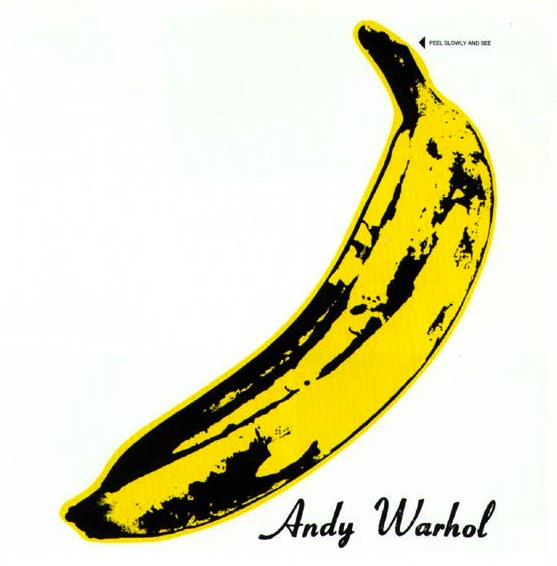 ‘Transformer’ took its place amongst my favourite albums and I also became acquainted with The Velvet Underground via ‘I’m Waiting For The Man’, which was issued on 7” in the slipstream of ‘Walk On The Wild Side’s’ success. Taken from their 1967 debut album, ‘The Velvet Underground & Nico’ (which featured German singer Nico, with whom the band collaborated, the record adorned with the famous Warhol banana sleeve artwork) ‘I’m Waiting For The Man’ is a detailed account of a drug deal (the purchase of $26 worth of heroin to be precise) – ‘The Man’ being a Harlem based dealer.

Reed and The Velvet Underground would subsequently provide major inspiration for the Punk and New Wave movements of the late ’70s / early ’80s. In 1996 his song ‘Perfect Day’ reached a new generation of listeners via its inclusion in the soundtrack of the film ‘Trainspotting’, and the following year a version of the song, with a whole spectrum of artists (including David Bowie, Bono, Elton John, Tammy Wynette, Tom Jones, Shane MacGowan, Laurie Anderson and Reed himself) taking a line or two each, reached #1 on the UK chart with the proceeds going to the BBC’s Children In Need charity.