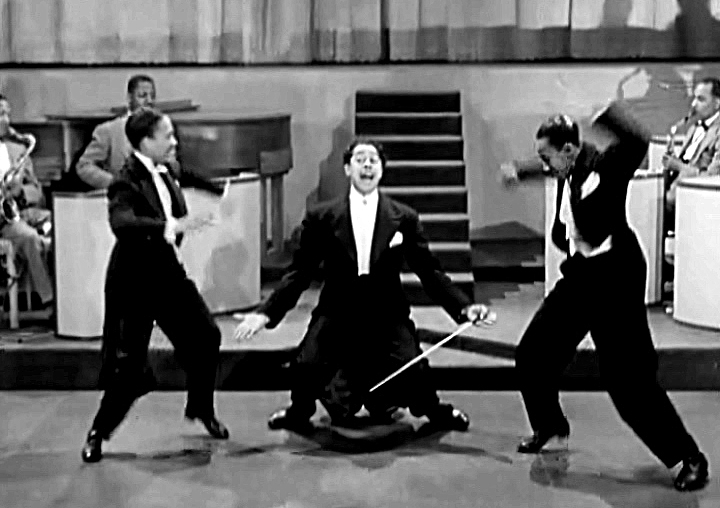 Introduction by Gregory Hines from ‘We Sing And We Dance’ 1992

To be described as “the most amazing dancers I have ever seen in my life—ever” by no less an authority as Mikhail Baryshnikov, one of the greatest male ballet dancers of all-time, you begin to get the weight of just how phenomenal the Nicholas Brothers were, yet most people haven’t even heard of them – a somewhat tragic state of affairs. Whilst Gene Kelly (with whom they shared the ‘Be A Clown’ routine in the 1948 movie ‘The Pirate’) and Fred Astaire became household names, hailed amongst Hollywood brightest stars, the brothers, Harold & Fayard, due to their skin colour, were never given the same opportunities, but thankfully a series of precious bit part performances, most notably in early ’40s films ‘Down Argentine Way’ (1940), ‘Tin Pan Alley’ (1940), ‘The Great American Broadcast’ (1941), ‘Sun Valley Serenade’ (1941), ‘Orchestra Wives’(1942)’, and the movie featured here, ‘Stormy Weather’ (1943), captured their genius so that future generations may know their true measure.

Watching their staggering performance in ‘Stormy Weather’, the first all-black musical, you’re left wondering where they might have taken dance had the social context been different, and they’d been allowed, like Astaire & Kelly, to develop their choreographic ideas to the full. Even Astaire himself graciously acclaimed this as “the greatest dance number ever filmed”.

I love the Gregory Hines interview from the documentary ‘The Nicholas Brothers: We Sing And We Dance’ (1992), where he talks us through the number step by step, remembering the first time he’d seen it, and the sheer mind-blowing impact it had had on him. With brother, Maurice Hines, he’d been dancing since he was a child, just as the Nicholas Brothers had, so they were always being compared to their iconic predecessors. It was only when he eventually saw them on celluloid that he realised that, as good as he and his brother were, these guys were on a whole other unreachable level. This interview is included as a fitting prelude to the clip. Hines would later declare that if the brothers’ biography was ever filmed, their dance numbers would have to be computer generated because no one could duplicate them

Before the brothers take to the floor, we’re treated to a dazzling performance of ‘Jumpin’ Jive’ by another Harlem legend, the irrepressible Cab Calloway (& His Orchestra). Calloway, in animated form, was previously the subject of the June 2010 blog post ‘Rotoscope Moocher’: https://blog.gregwilson.co.uk/2010/06/rotoscope-moocher%E2%80%8F/ 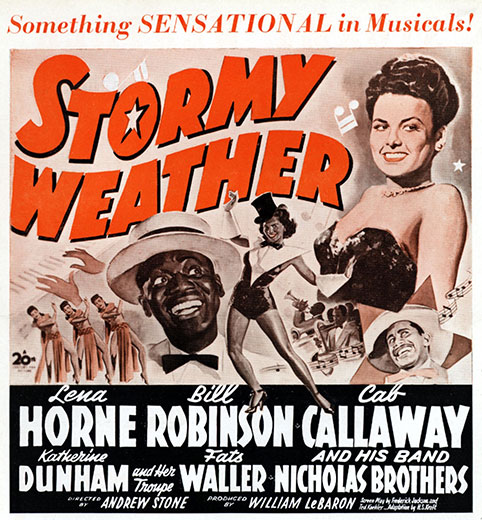 Living To Music – Pink Floyd ‘Wish You Were Here’
What Would You Do If I Sang Out Of Tune?