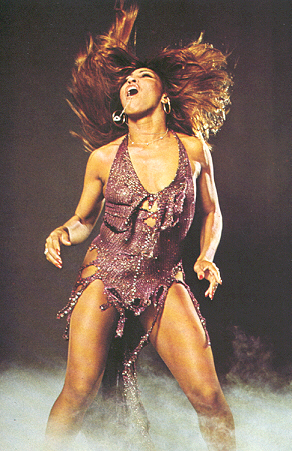 One of the sassiest sights of the early ’70s has to be the sheer dynamism of the force of nature that is Tina Turner, with backing singers / dancers, The Ikettes, as they raunchily strutted their stuff on stage to what was the signature song back then for the Ike & Tina Turner Revue – their showstopping rendition of ‘Proud Mary’. I came across this wonderful performance footage of the song on YouTube the other day – not sure where it’s from (looks European), or what year, but it’s a stunning example of one of the greatest live acts of the era kickin’ it up, as outlined in the spoken intro of the song, ‘nice and rough’. Forget all the talent show impersonations – this is the raw-assed real deal:

Ike & Tina’s recording of ‘Proud Mary’ would pick up the Grammy for Best R&B Vocal Performance by a Group. The song was originally by country rockers Creedence Clearwater Revival in 1969, for whom it was a big hit, reaching #2 on the Billboard Hot 100. You can check out the CCR version here: http://youtu.be/Gpqz3cdVPLM

On covering ‘Proud Mary’ in 1970, Tina Turner, born Anna Mae Bullock in Nutbush, Tennessee (in 1939), was already a veteran performer (she’d recently turned 30), having developed her formidable stage craft on the legendary Chitlin’ Circuit, where so many black artists learned their trade. Ike & Tina Turner had been having hits on the R&B chart since 1960, but their classic recording of the Phil Spector produced ‘River Deep Mountain High’ in 1966 brought them to much wider attention, resulting in tour support slots for The Rolling Stones, and exposure to the Rock audience.

Married to the ignoble Ike between 1962 and 1978 (the couple separating in ’76), her biography ‘I Tina’ (1986), outlined the physical and mental abuse she’s constantly suffered at the hands of her husband and musical mentor. The book was adapted into the blockbuster film ‘What’s Love Got To Do With It?’ in 1993, which served to demonise Ike Turner in the public consciousness. Given this negative reputation it’s easy to forget that he was very much a pioneer, cited by many as recording the first Rock & Roll record, ‘Rocket 88’ (1951), 3 years before Elvis Presley walked into Sun Studios in Memphis for his first historic session with producer Sam Phillips (controversially celebrated in 2004 as the 50th anniversary of the birth of Rock & Roll). Ike Turner died in 2007, aged 76. 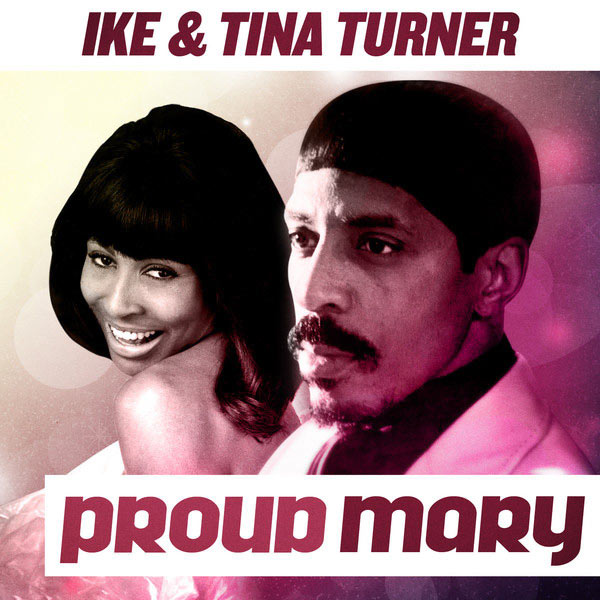 After a period of years out of the spotlight, Tina Turner returned in a blaze of hit making glory during the ’80s, taking her rightful place amongst the greats of popular music, and selling  out shows all over the world. That said, despite enjoying the most commercially successful period  her career, her music could never re-capture the vitality of younger days – she was now a more mature artist whose aspirational songs connected mainly with an older age group, as dictated by her new found status as not only a star reborn, but ‘a survivor’. She hasn’t toured or issued any new recordings since 2009. 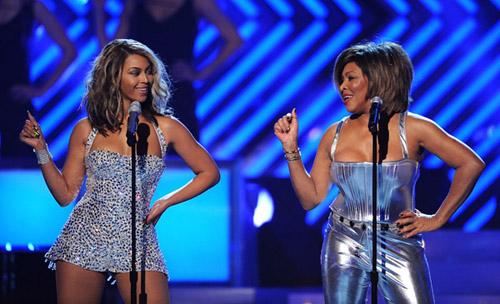 In 2005 Beyonce paid tribute to her by performing ‘Proud Mary’ whilst she sat in the audience at Washington, D.C’s Kennedy Center Honours concert (YouTube clip below), and at the 2008 Grammy’s the 2 diva’s (Turner almost 70) appeared on stage together for a duet of the song:
http://youtu.be/uYtnNk7xCRE

Apart from original Ike & Tina Turner Revue footage, my favourite clip of ‘Proud Mary’ has to be this, from 2000, when Turner invites superfan Donovan Marcelle, onto the stage in Dallas to take part in the performance:
https://youtu.be/0UX78d6XOFs

One Response to Tina Does It Nice And Rough