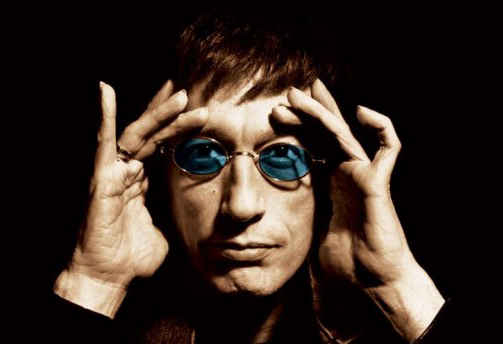 Bee Gee Robin Gibb died yesterday, aged 62, after a prolonged struggle with cancer. His twin brother, Maurice, died in 2003, with elder brother, Barry, now the only living member of the group. All 3 were born on the Isle Of Man, before their family moved to Manchester, and eventually emigrated to Brisbane, Australia in 1958.

The Bee Gees were one of the most successful acts in Pop music history, both as recording artists and songwriters. They scored a number of big hits in the late ’60s, including UK #1’s ‘(The Night The Lights Went Down In) Massachusetts’ and ‘I’ve Gotta Get A Message To You’. Although they were never amongst my personal favourites, like the majority of DJ’s back in the ’70s I played the singles from their Disco period, including those from 1977’s phenomenally successful ‘Saturday Night Fever’ soundtrack (the biggest selling album ever until Michael Jackson’s ‘Thriller’ finally surpassed it in the ’80s), which included 6 Bee Gee’s recordings, 5 of which topped the US singles chart – 2 having been released previously (‘Jive Talking’ in 1975 and ‘You Should Be Dancing’ in ‘76), the other 3 all new recordings (‘How Deep Is Your Love’ in ’77, and both ‘Stayin’ Alive’ and ‘Night Fever’ in ’78). Their run of US chart toppers continued with ‘Tragedy’ and ‘Love You Inside Out’ in ’79, but, although the group was active up until Maurice’s death, continuing to have a sporadic chart presence right through until 2001, they’ll forever be remembered for their association with ‘Saturday Night Fever’.

Chuck Brown
The Haçienda – 30 Years On