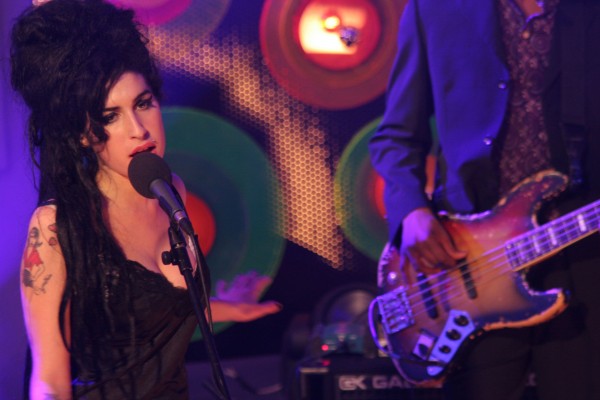 Saw a wonderful documentary on the flight back to the UK the other week called ‘When Amy Came To Dingle’, which captures her appearance in this enchanting Irish outpost. Filmed in 2006 as part of RTÉ TV’s ‘Other Voices’ series (which has also included Florence and the Machine, Ray Davies, Snow Patrol, Sinead O’Connor, Elbow and The XX), the programme combined an intimate live performance, before an audience of just 70 people at St. James Church, with a fascinating interview that highlights the singers’ influences, including Mahalia Jackson, Ray Charles, Thelonious Monk, Sarah Vaughan, Carleen Anderson, Soweto Kinch and The Shangri-la’s.

2006 was the year her ‘Back to Black’ album was released, with Winehouse destined for superstardom throughout the following years, complete with all its plaudits and pitfalls – a hazardous junk strewn road that led to her untimely death last July. So to see her at her radiant best, singing these now classic songs in such a special setting, was a joy to behold.

Her performance, backed with just guitar and bass (2 musicians had to be left behind when bad weather meant a change of flight) was stunning. She performed 6 songs in all:

The RTÉ footage is about to form the basis of a further documentary, ‘Amy Winehouse: The Day She Came To Dingle’, this time for the BBC’s Arena, which is premiered today (St Patrick’s Day) at the Dingle International Film Festival, and will be screened on BBC Four in July, 12 months on from her passing.

The Dingle Peninsula is a magical place, located on the most westerly tip of Europe. Since 1984 it’s been the home to a wild Dolphin called Fungi, and a whole tourist industry has grown around people who’ve come from far and wide to swim with him, myself included, Fungi seeming to prefer human contact rather than interaction with his own species. The fact that he has rarely ventured from the harbour in all these years is remarkable – wild Dolphins just don’t stick around in one place for this length of time. With a normal life expectancy of 25 years, Fungi is already a grand old age. In the ’90s a bronze sculpture of him was unveiled on the quayside in Dingle.

0 Responses to When Amy Came To Dingle