By Greg Wilson on February 12, 2012 in Black Culture, Records, RIP, The Eighties, The Nineties 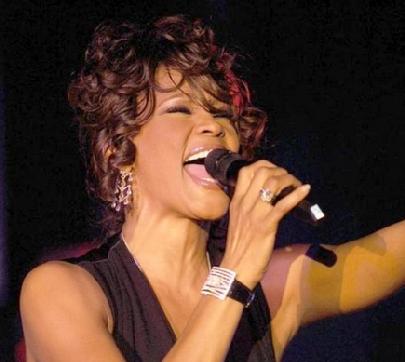 There seems to have been a cluster of deaths since the New Year, the latest being Whitney Houston, one of the most successful female singers of all-time, who enjoyed phenomenal success during the second half of the ’80s and on through the ’90s.

I was fortunate to hear her sing before she was famous. In 1984 I was at The Hippodrome in London for the DMC DJ Convention. One of the acts, brought over by her record company, Arista, was a young singer with a fascinating vocal pedigree – her mother was Cissy Houston, and Dionne and Dee Dee Warwick were her cousins, whilst her godmother was Aretha Franklin. She’d never released any records at this point, and this appearance, according to DMC founder Tony Prince, was a ‘world-first’.

There was obviously an air of anticipation, as you’d imagine – she had a lot to live up to, but she delivered big style and blew us away. Furthermore, not only did she have a remarkable voice, but she was blessed with stunning natural beauty. Those who saw her that night were left in no doubt that this was a special talent – just quite how huge she would become, none us could have anticipated. The following year ‘Saving All My Love For You’ would top the charts in both the US and the UK, and a major new star had burst onto the world stage.

I was never a big Whitney Houston fan personally, her music was a bit too middle-of-the-road for my taste, and I don’t recall ever buying one of her records, but you couldn’t deny that voice – she was a great singer, and certainly an icon of her time. I may have bought some of her later dance geared tracks, but, as I rarely went to clubs by that point, I was out of the loop, so they passed me by at the time.

‘Professor Of Pop’ Paul Gambachini  summed her up perfectly when he said  “she was someone who could do no wrong until she did do wrong”.  Her relationship and drug problems are well documented, resulting in a a sad professional and personal demise, and her eventual passing yesterday, aged just 48.

The Haçienda DJ Booth
Passing It On

One Response to Whitney Houston