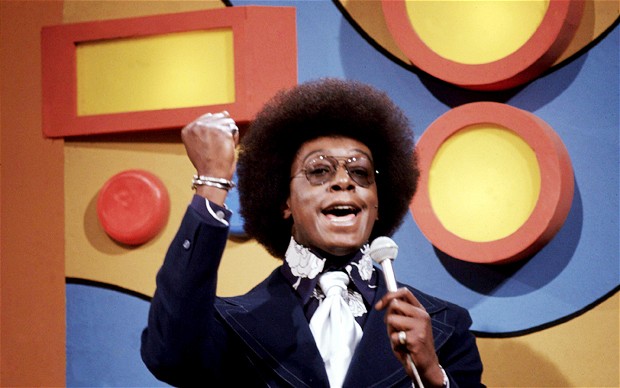 As host of US TV’s quintessential black / dance music show, Soul Train, Don Cornelius, who died today, aged 75, was an iconic black music figure. Everyone who was anyone in the Soul and Funk world appeared on the programme during its ’70s heyday. Film director Spike Lee would aptly describe it as an “urban music time capsule.”

He co-founded Soul Train Records with Dick Griffey in 1975, the label enjoying success via Shalamar, The Whispers and Carrie Lucas, before Cornelius decided to focus all his attention on the TV show, which was a major hit  (Dick Griffey going on to greater achievements with the SOLAR label – Sound of Los Angeles Records).

Chicago born Cornelius, who hosted Soul Train between 1971 and 1993, took his own life at his California home, dying from gunshot wounds.

Here he is introducing the famed ‘Soul Train Line’, which was a key feature of the programme.
http://youtu.be/CHgWNfnNVU8

Give yourself a treat and check out some more clips from the show, there are literally hundreds on YouTube.