By Greg Wilson on October 31, 2011 in Articles, Black Culture, Misc 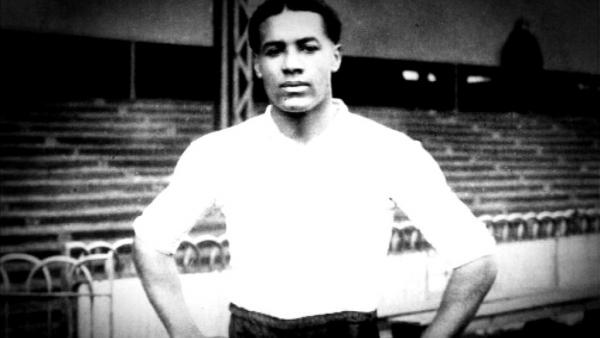 In many respects we’ve come a long way from the overt racism I remember in the ’60s and ’70s, but every now and again I feel a shudder that keeps me aware that it still resides not far beneath the surface.

I don’t normally comment about football related issues, but this has a wider social context. Football has recently become the focus of some high-profile accusations of racism, but with investigations ongoing with regards to the Evra / Suarez and Ferdinand / Terry cases, applying the premise of innocent until proven guilty, I don’t want to opine directly about these instances. However, there have been a couple of newspaper quotes I’ve read during the past week that beggar belief.

On October 26th the Daily Mail columnist Steve Doughty talked of how far football has come since the days of monkey taunts and bananas being thrown onto the pitch at black players back in the ’70s. He related an incident at an Arsenal match his mother attended in more recent times, where a fan shouted racial abuse at one of his own teams players, but then, when he realised that this was in earshot of the elderly lady, he politely said to her ‘I’m terribly sorry about the racist comment.’ The columnist seemed to think that this was a sign of progress, concluding that:

“You could not imagine such a thing happening at a football match 30 years ago. Football reflects us all as it always did, and these days it’s both racist and not racist at the same time. Things may not be perfect but, at the end of the day, Gary, there are worse things to complain about.

So, Mr Evra and Mr Ferdinand, I know you feel insulted. But perhaps in this case you could just put up with it and get on with the game.”

Then, last weekend, the Wigan Athletic chairman, Dave Whelan, weighed in with his tuppence worth:

You know, I think the players who come and complain, sometimes they are a little bit out of order.”

These two men are basically saying that because racial abuse is not as bad as it used to be, black footballers should turn a deaf ear. They even go as far as seeming to apportion blame to the alleged victims for rocking the boat with their accusations. It’s no wonder that many other black footballers have, no doubt, kept their mouths shut rather than run the risk of finding themselves in the dock for ‘playing the race card’, their reputation tarnished in the process. It’s a topsy-turvy logic where the finger is pointed at the one who claims to be the injured party, before a proper investigation has even been carried out. This hardly tallies with the ‘Stand Up, Speak Out’ message of a few years back.

The banter between players may be a part of the game, but racial insults cut deeper than general ones, given the history of discrimination and repression that shamed our country in previous decades. There’s no place for such derogatory rhetoric here in the 21st Century, in what is now very much a multicultural society. If a player is found to have fabricated a story of racial abuse, then that’s a serious matter, but until this is proven to be the case they should be encouraged to come forward, not criticised in the media for doing so.

This whole controversy has highlighted the fact that, although the UK is now, by law, a racially tolerant country, there’s still some way to go before this fully translates into everyday life. As long as those in positions of influence, like Steve Doughty and Dave Whelan, are able to express such misguided viewpoints, people need to engage caution when assuming that racism in this country, whether it be in football or in a wider context, has been consigned to the dustbin of history.

7 Responses to Racism In English Football