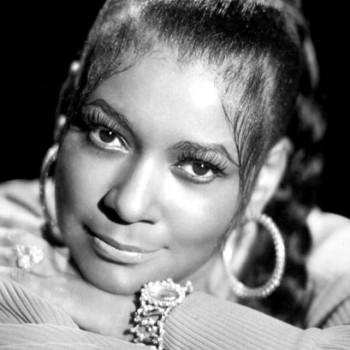 Along with husband, Joe, she founded All Platinum, one of the leading black music labels of the proto-Disco era, before going on to carve their names in Hip Hop history via their Sugar Hill company, which, along with many other influential recordings,  would release a trio of truly seminal singles – ‘Rappers Delight’ by The Sugarhill Gang, the first rap hit in 1979, ‘The Adventures Of Grandmaster Flash On The Wheels Of Steel ‘ by Grandmaster Flash & The Furious Five, the herald of turntablism in 1981, and another Flash & The Five track ‘The Message’, presenting rap with a social conscience in 1982.

Sugar Hill was, of course, a key label for me back then. Apart from the above tracks, special mention should be made of 1983’s ‘White Lines (Don’t Don’t Do It)’ by Grandmaster & Melle Mel, undoubtedly one of the most distinctive records of the ’80s, Positive Force ‘We Got The Funk’, a big UK club hit following its release in ’79, and ‘Break Dancin’ – Electric Boogie’ by West Street Mob, a massive tune for me, which I used to play at Legend, Wigan Pier and The Haçienda in ’83.

All Platinum was a favourite label of mine during 1975, when they released a run of big singles – Shirley & Company ‘Shame Shame Shame’, Moments & Whatnauts ‘Girls’, Retta Young ‘Sending Out An S.O.S’,  The Rimshots ‘7-6-5-4-3-2-1 (Blow Your Whistle)’, The Moments ‘Dolly My Love’ and Calender ‘Hypertention’, all of which I bought in my pre-DJ days, along with the ‘It’s All Platinum’ compilation, which experienced heavy rotation on my record player – it was only last May that I mentioned this album in my post about Gil Scott-Heron:
https://blog.gregwilson.co.uk/2011/05/gil-scott-heron/

Going back earlier still, her solo hit ‘Pillow Talk’ (1973) was a real tune of my adolescence – a super sensual treat to my thirteen year old ears.