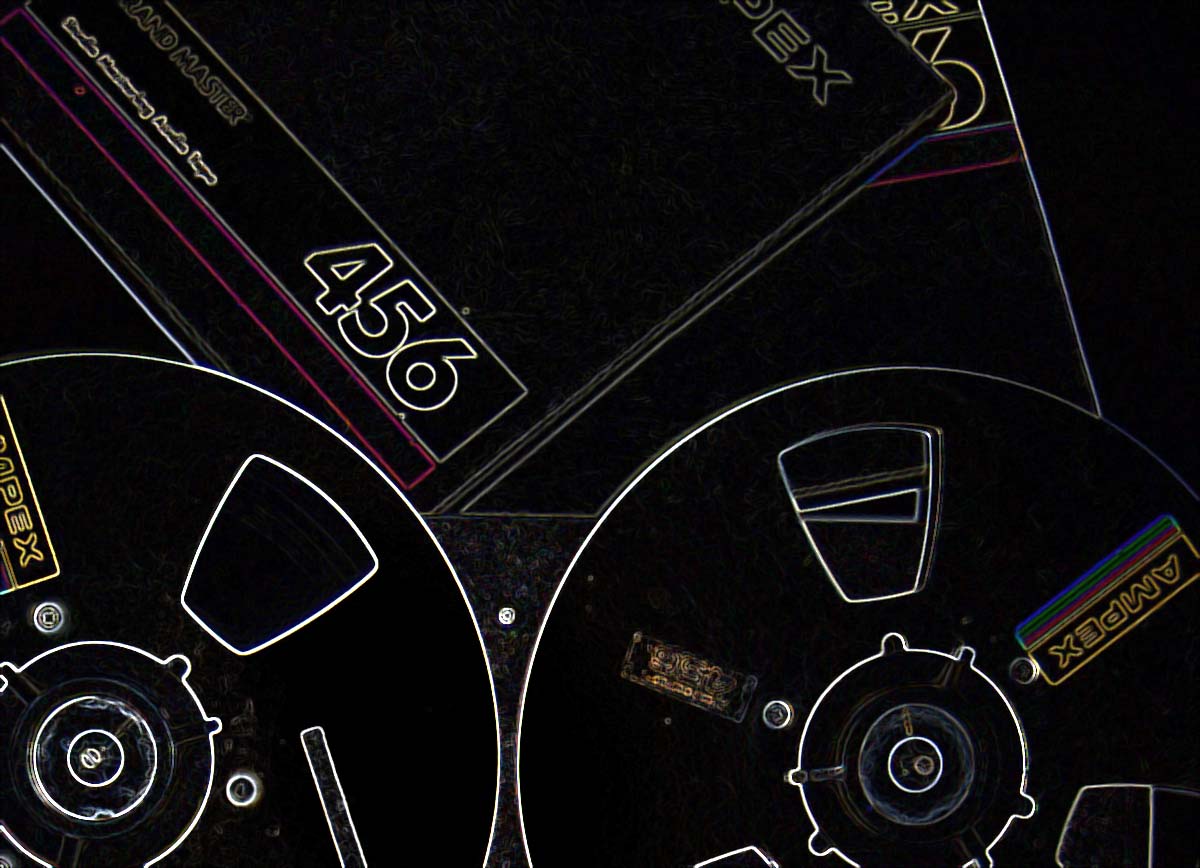 I’ve just uploaded three previously unavailable ‘turntable edits’ (as I called them at the time), which can now be streamed at my MixCloud page. Back when I did them in 1984, their original purpose was to help me in my forlorn quest to make a breakthrough into remixing, but they were also played on Manchester’s Piccadilly Radio during Timmy Mallett’s award winning ‘Timmy On The Tranny’ shows, which hit the bullseye with the teenage audience they were aimed at.

Most people, of course, know Mallett as the wacko Wacaday kid’s presenter of ‘Mallett’s Mallet’ infamy, but that was yet to come. At this point he was a highly gifted and extremely professional radio presenter in the Kenny Everett mould, the studio his laboratory as a team of teenage helpers came in to man the phones and brainstorm spontaneous skits and sketches that popped up throughout the programme (one of whom, Andy Bird, is nowadays the chairman of Walt Disney International!). It also provided Chris Evans, in his role of roving radio car reporter, Nobby Nolevel, with his big break in broadcasting.

Anyhow, the Pop based nature of these edits were perfectly suited to Mallett’s playlist, and it was a bonus that such a successful show wanted to feature them, but the real objective wasn’t for me to gain further profile via the Piccadilly airwaves (I’d, of course, previously put together specialist black music mixes, which were a regular feature on Mike Shaft’s show), but, as I said, to aid me in my objective to make my mark as a remixer.

I talked about it in 2005, in the Credit To The Edit sleevenotes: 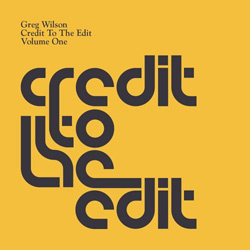 In a final effort to persuade the record companies to give me a chance, I decided to put together a series of what I would call ‘turntable edits’, in order to demonstrate my potential. I figured that most of the decision makers in the big companies wouldn’t have their ear to the ground when it came to the latest US imports, which I’d featured on my radio mixes, nor understand the spontaneous nature of the “UK Electro” album. Weighing everything up, I thought my best chance of catching their attention was to create my own edited versions of well-known chart hits of the time, so, being already familiar with the original versions, they’d be able to hear what I was doing. With this in mind, I set about compiling a ‘showreel’ of these ‘turntable edits’, which would eventually include Frankie Goes To Hollywood, Depeche Mode, New Order, Scritti Politti, The Eurythmics and Chaka Khan.

Thinking back to this time, I was under immense pressure. With the bills piling up and the realisation that I could lose my car, my home, everything, this was pretty much my final throw of the dice. However, despite all this, I remained ever optimistic that just around the corner it would all come right. I figured that someone, somewhere, realising what I was capable of doing with limited resources, would recognise my ability and finally give me the opportunity I sought.

These ‘turntable edits’ were created at my home in Wigan, using my two SL1200’s and my reel-to-reel. As it turned out, they’d be the last things I’d work on there. They were basically re-edits, but with the additional ingredient of ‘double-ups’ on the turntables, running two copies of the same record, one behind the other, to create repeat effects. The phasing on some of the edits, most notably during Melle Mel’s rap on Chaka Khan’s “I Feel For You”, was achieved by playing two copies of the same record together, a DJ trick I’d previously utilized in a live setting. The ‘delays’ at the end of a couple of the tracks were simply the same tiny snippet edited over and over, with me turning the volume down each time I recorded it. I also employed some additional dub type effects from the Revox.

Unfortunately for me, the anticipated offers of remix work never materialised. Only a handful of people seemed to appreciate what I’d done, including the journalist Dylan Jones (nowadays editor of GQ), who’d been a big supporter of the “UK Electro” project, and Daniel Miller, the head of Mute Records, who promised to put some work my way. I’d naively hoped for a Depeche Mode or Yazoo remix, but the job turned out to be for a little known band on the label called I Start Counting (later to become Fortran 5), for whom I remixed their 1985 single, “Still Smiling”.

Two of these original turntable edits were included on Credit To The Edit (Chaka Khan and Scritti Politti), but the others I’ve put onto Mixcloud have remained in the vaults down the years, having been transferred from tape to DAT, and then DAT to WAV along the way. A few weeks ago I stumbled across them again and, for the first time in many moons, gave them a listen. 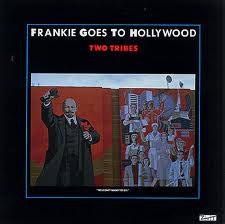 Of all my turntable edits, this received the most kudos at the time. A lot of the samples I overlaid came from an album I owned consisting of radio idents from all over the world, and I played some in via cassette, using the pause button to repeat words and phrases. I also played around with the ‘public information’ voiceover on one of the ‘Two Tribes’ mixes, creating a sequence of repeat edits. The ‘Thunderbirds’ finale was the cherry on top:
http://www.mixcloud.com/gregwilson/greg-wilson-turntable-edit-1984-frankie-goes-to-hollywood-two-tribes/

When I worked at The Hacienda I asked the band if I could remix ‘Blue Monday’. Peter Hook recalled in his book that, affronted by the very idea of someone tampering with their work, he told me to ‘fuck off’, so this was the closest I got to working with this iconic Manchester single – switching between two copies and editing things around:
http://www.mixcloud.com/gregwilson/greg-wilson-turntable-edit-1984-new-order-blue-monday/ 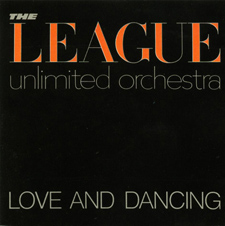 By the time I found the original tape of this, a few years ago, the sound quality had unfortunately deteriorated somewhat . I quickly transferred to digital and, despite its audio deficiency, it retains its charm, with half a dozen tracks squeezed into just over three and a half minutes. ‘Love And Dancing’ was, in effect, a dub version of the Human League’s ‘Dare’ album, remixed by its producer, Martin Rushent:
http://www.mixcloud.com/gregwilson/greg-wilson-turntable-edit-1984-league-unlimited-orchestra-love-and-dancing-medley/ 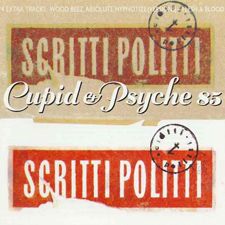 A proto-mash-up of two Scritti hits from ‘84, ‘Wood Beez (Pray Like Aretha Franklin)’ and ‘Absolute’. As I said in the Credit To The Edit sleevenotes “Around two minutes into this edit there’s a section that runs for about fourty-five seconds, which took me a number of hours to put together – at the time, I remember it being the most complex thing I’d attempted with regards to cutting up tape”:
http://www.mixcloud.com/gregwilson/greg-wilson-turntable-edit-1984-scritti-politti-absolute-wood-beez/

Chaka Khan ‘I Feel For You’ 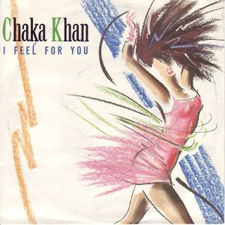 Having largely met with indifference back in 1984, this edit began to finally generate interest twenty years on, after I started deejaying again. I played it on my comeback night at Music Is Better in Manchester, and it caused quite a stir. Subsequently it was included on Credit ToThe Edit, finally laying to rest the rejection I felt at the time when I originally put it together:
http://www.mixcloud.com/gregwilson/greg-wilson-turntable-edit-1984-chaka-khan-i-feel-for-you/

If you interested to learn more about Piccadilly Radio’s key contribution to the black / dance music scene in the region during the period 1974-1988, check out ‘Don’t Touch That Dial’, a piece I wrote on the subject in 2008:
http://www.electrofunkroots.co.uk/articles/dont_touch_that_dial.html

The full Credit To The Edit sleevenotes can be read here:
http://www.electrofunkroots.co.uk/credit_to_the_edit/index.html

Trip Clips
For All The Lovers Out There