By Greg Wilson on February 22, 2011 in CD’s / Digital, Hear, Radio, Random Influences, Records, The Beatles, The Seventies, The Sixties

“Launched on his 50th birthday, Greg Wilson compiles a celebratory selection of 7” singles from his formative years. Covering the ’60s through to the mid-’70s, when he started out as a fresh-faced 15 year old club DJ, these records embody the soundtrack of his youth.

With running times of approximately 2 hours, the 12 individual monthly parts will conclude in a full day’s worth of music. Having only pre-determined the opening and closing tracks, Greg will select the rest as he goes along, moving in whatever direction his mood takes him at that given moment. The title, ‘Random Influences’, reflects this arbitrary approach”. 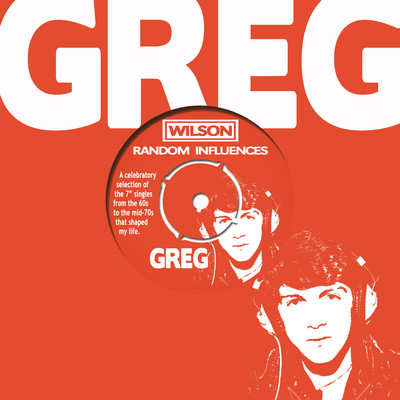 My intention was to upload each of the monthly segments onto the Random Influences SoundCloud page I’d set up at the outset of the project. Everything ran smoothly until I unsuccessfully tried to upload #11 in December, only to be informed via email that, due to copyright infringement issues concerning the opening track, ‘The Hustle’ by Van McCoy & The Soul City Symphony, they were unable to host it. The only way around the problem was to sacrifice the offending track and replace with another, which I did. Happily this amended version uploaded and all was well, or at least I thought it was.

Looking down the neatly stacked waveforms from #1 to #11 I noticed that there were only 10 of them – #3 was no longer there. Back to my email account where I found another copyright infringement notification from SoundCloud telling me that #3 had been removed, this time because it opened with ‘Theme From Shaft’ by Isaac Hayes.

I was gutted. ‘The Hustle’, like many records of my youth, holds good memories, but ‘Theme From Shaft’ strikes a much deeper chord within me. I can vividly remember the first time I ever heard it, back in 1971 when it’d had just been released. I was in bed and the lights were out, but I was still awake listening to Radio Luxembourg, the ‘Fab 208’, with a transistor radio (or a tranny, as we called them) held to my ear. The station used to feature a ‘Powerplay’, a new record that was repeated on the hour every hour , which on this particular night was ‘Theme From Shaft’. I’d never heard anything quite like it, and waited an hour, and probably another, to hear it again before I eventually nodded off to sleep. It may now be known as an all-time classic, but that night it was a truly mesmeric moment of musical discovery for this (then) 11 year old. 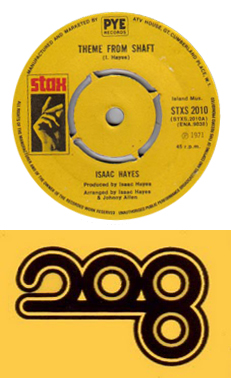 So, it wasn’t as simple as just replacing it for another record this time. Besides, #3 had been online for a full 8 months, so to change it’s opening track at this point would have been to compromise the entire series as far as I was concerned. It was clear that the only option available to me was to upload it onto another site, where they didn’t have these copyright issues, then link to it via the SoundCloud page.

It obviously irked me that the series on SoundCloud would be incomplete, but there wasn’t much I could do about that. I was also nervous now about the final part, and whether that too would fall foul of the regulations. I knew what this track was going to be from the moment I launched the series – as the first instalment would open with Booker T & The MG’s (‘Time Is Tight’), so too would the last (‘Green Onions’). So, when it came to uploading the final part, and the dreaded message once again reared its ugly head, it was clearly no longer a case of finding somewhere for people to access the banished #3, but moving the entire series to a new home in order to keep it intact.

Sometimes a setback turns out to be an opportunity, and this was certainly one of these occasions. Just a few days beforehand I’d been in London for the Campfire Stories event I blogged about last month, which was hosted by ditto who, serendipitously as it now turns out,  were just in the process of launching their own online radio station. 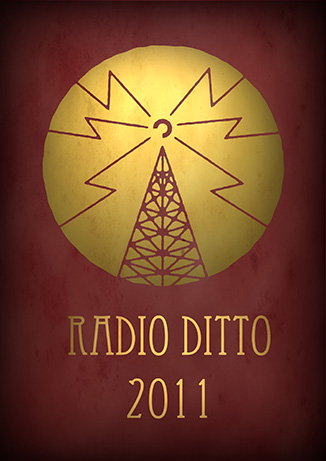 I was interviewed as part of the radio launch by ditto founder Mike Wilson (in his Really O’Reilly guise) and it was clear from our conversation that he was a big follower of the Random Influences series. I later spoke to Mike and production director Andrew Chettle about their plans for the radio station, and we touched on the possibility of some kind of hook-up later down the line, when the right idea emerged. It was only when I was back at home, cursing the copyright police for their extreme blue meanieness in blocking my upload of #12, that I put 2 + 2 together and came up with Random Influences + Radio ditto – it was the obvious equation.

I put the idea to Mike and, to keep within the original 12 month timeframe, he and the ditto team have worked wonders in turning everything around so quickly with regards to both design and functionality. So, a year on from the original launch, I can happily announce that phase 2 is now all systems go, enabling people the option of either accessing all the separate monthly parts, or listening via a live stream where the series plays continuously.

Big thanks to everyone at ditto, it’s certainly a relief that things have reached such a satisfactory conclusion, bringing the whole Random Influences idea, something obviously very close to my heart, into a new realm of possibilities, especially via the live stream addition.

So the 12 part 24 hour long series is finally complete. All in all 455 singles were featured, from the poptastic to the profound, with 3 artists appearing in every segment – The Beatles, David Bowie and Otis Redding. Booker T & The MG’s ‘Time Is Tight’ was the first track and Mary Hopkin ‘Those Were The Days’ was the final one. Haven’t totted the numbers up, but I can safely say that Tamla Motown provided more selections than any other label.

One of the reasons I came up with the name Random Influences was because I knew that if I tried to do something definitive I’d be bound to kick myself later down the line when I realised that I’d forgotten this track or that one – I devised a looser format with this in mind. So don’t look on it as my favourite 455 singles of my formative years, but 455 of my favourites – there were many others.

Even as I finished the final part I could see unused tracks in my folder that I’d expected to include from the off – they just never found a place for themselves, it was fated to be that way. Some of these have an extra -special significance for me. For example ‘Return Of Django’ by The Upsetters – one of the big late ’60s Reggae hits written and produced by Dub pioneer Lee ‘Scratch’ Perry. There was a sizeable chunk of my life when a great big soft handsome clumsy Doberman with bags of charisma and a heart of gold was my constant companion – this was Django, who I named after the Upsetters record (not the Jazz Guitarist, Django Reinhardt, as some assumed).

So in memory of my much beloved canine comrade, and to represent those many wonderful singles that never made their Random appearance, here it is:

I’m really glad that I took the approach I did. Rather than a regimented year by year retrospective, the series evolved a more fluid nature, and I think I’ve managed to illustrate how influences hit you in different ways, at different times, and from different directions – they don’t come to you in tidy linear compartments. The deeper connections are made in terms of feel, it’s not until later that you make sense of them – the heart can hear a lot quicker than the mind, and nothing touches the emotions quite like music.

You don’t rationalise these things at the time, but with hindsight it’s remarkable to think that all of these tunes were coursing through my veins at such a young age, the majority of them known and loved before I’d even entered my teens. I’m so fortunate that circumstance enabled me to intoxicate myself so fully in sound – it’s no exaggeration to say that the course of my life has been, and continues to be, shaped by these singles  and the solid foundation they thankfully provided for me – not just in terms of my career in music, but life in general.