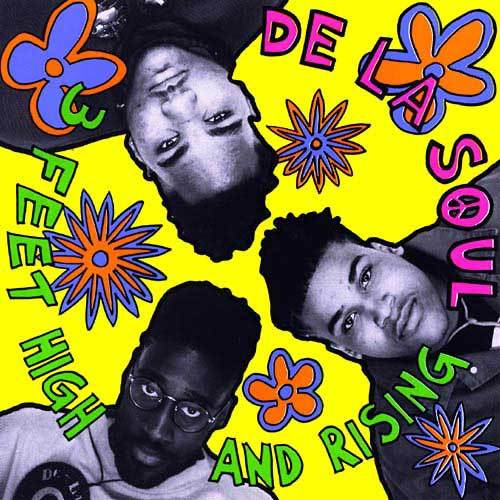 This Sunday (Dec 5th), at 9pm, you’re invited to share a listening session with some likeminded souls, wherever you might be. This can be experienced either alone or communally, and you don’t need to leave the comfort of your own home to participate. Full lowdown here:
https://blog.gregwilson.co.uk/2010/06/living-to-music/

The first time I heard ‘3 Feet High And Rising’ was when Ian Dewhirst, former head of 4th & Broadway Records in the UK, came to see me in Wembley, where I was living at the time, having just got back from a trip to the States. The album had just been issued in the US, and Ian felt it was something I needed to hear as a matter of urgency, given its anything goes approach, which put him in mind of the Ruthless Rap Assassins, who I was then managing and producing. Ian had been a big supporter of the Rap Assassins, and had planned to sign them for 4th & Broadway before he abruptly left the company in 1987 – he’d provided the demo budget for us to record what would be their vinyl debut, a limited white label coupling ‘We Don’t Care’ and ‘Kiss AMC’.

We eventually signed to EMI in ’88 and were waiting for the go-ahead to record their first LP (eventually released in 1990 as the ‘Killer Album’). I had the idea of making the album a continuous whole, with bridge sections between the tracks, which was exactly the approach that De La Soul had taken. Although the vibe was different to what we were doing, it was clear that in many respects we were kindred spirits. I very much regarded it as confirmation that we were moving in the right direction (something EMI were unsure off).

I was blown-away by ‘3 Feet High’ and took a cassette into EMI the next day to play to our A&R man, but, it must be said, it received a much more muted reception than I’d expected. Take into account that this was before De La Soul had been acclaimed as the Hip Hop pioneers we now know them to be – the album Ian had brought round was very much hot off the presses. A few months down the line, when it was almost universally acknowledged as a seminal work, I’m sure he was somewhat embarrassed by his initial indifference when I’d excitedly brought it into his office. (‘Voodoo Ray’ by A Guy Called Gerald, a friend and neighbour of the Assassins, had received a similar unimpressed response when I’d suggested he sign it).

I remember that, apart from an abundance of excellent tracks on the album, I was hugely impressed by its seemingly couldn’t care less attitude, summed up by the fact that you could even hear the crackles on some of the records they’d sampled, which I thought was brilliant (later this wouldn’t be unusual, but it certainly stood out then). With its own unique colour and texture, ‘3 Feet High’ was packed full of knockabout fun without falling into frivolity – Prince Paul’s production ripping up the rule book.

In the UK, along with ‘The Stone Roses’, it caught the mood of the times perfectly, providing a lasting testament to the second summer of love, and instantly evoking those tripped-out vibes of ‘89 for anyone who experienced them directly, although the crew themselves rejected the hippie tag they’d been labelled with from the outset (the album was hailed as rap’s ‘Sgt Pepper’s’), taking a more cynical stance subsequently.

Ian Dewhirst, who’d started out as DJ Frank on the Northern Soul scene back in the ’70s, would go on to launch the highly influential Mastercuts series of classic dance compilations in the early ’90s, and has continued to share his special brand of musical passion ever since, most recently via the Backbeats series on Harmless Records. 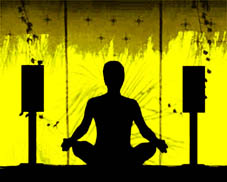