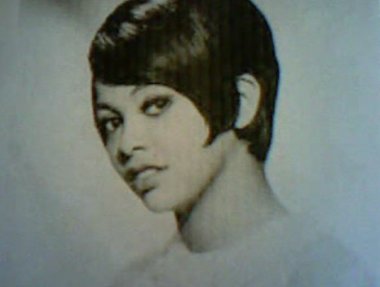 Since we listened to Marvin Gaye’s ‘What’s Going On’ album, to launch Living To Music, I’ve found myself thinking about his ‘perfect partner’, Tammi Terrell, and the tragedy of her early death in 1970, aged just 24. Terrell will always be remembered for recording some classic Motown tracks with Gaye, including ‘You’re All I Need To Get By’, ‘Ain’t Nothing Like The Real Thing’ and, of course, the standard for all boy / girl duets , ‘Ain’t No Mountain High Enough’. 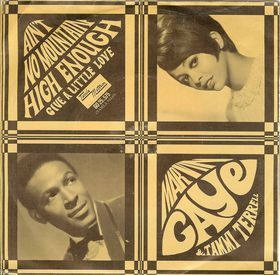 Many people believe the undeniable chemistry they emanated is down to them truly loving each other without actually being lovers – although fellow Motown artist, and friend of Terrell’s, Brenda Holloway, has cast doubt on their relationship being totally platonic, stating that ‘only Tammi Terrell and Marvin Gaye know for sure’. Whatever it was, the playful flirtation was infectious and the two combined seamlessly, as illustrated in this wonderful footage:

Not long after this clip was recorded Terrell collapsed into Gaye’s arms whilst they were performing on stage, and in just over two and half years, following numerous operations, she’d die of a brain tumour. Her battle against illness and eventual death would have a profound effect on Marvin Gaye – losing his ‘soulmate’ marked an end of innocence, heralding a far more introspective phase of his career, which would culminate in his masterwork, ‘What’s Going On’.

The author, David Ritz, claimed that Gaye had confided in him that songwriter Valerie Simpson (of Ashford & Simpson) recorded most of Terrell’s parts on the final album, as she was too sick to do it herself, these included ‘The Onion Song’, which would be a hit in Britain in the months leading up to her death. Ritz said that Gaye was obviously unhappy with this deceit, but towed the company line as the royalties earned would pay Terrell’s medical bills. However, Gaye is no longer here to verify this, and Simpson herself denies this happened, saying she only recorded unused guide vocals, and that Terrell battled through the sessions despite the dire circumstances she found herself in.