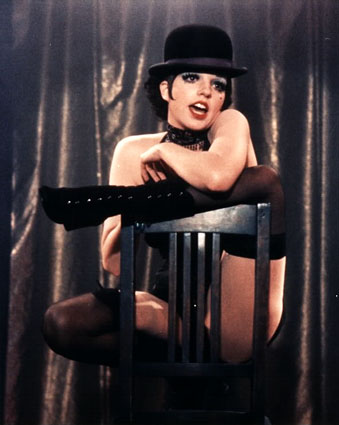 Following on from the ‘My First 12”’ post, which has been receiving such a big response, can you remember what was the first X (or 18) rated film you saw? For people around my age and older this would have been at the cinema, for those a bit younger probably on video, and for those younger still on DVD (no doubt it’ll be via the internet for many people these days).

Mine was ‘Cabaret’ in 1973, when I was thirteen. I saw it at the Phoenix cinema in Wallasey Village, where I managed to slip in unnoticed. I knew nothing about the film beforehand, but was aware of the title song, which was on the flip side of ‘What A Wonderful World’, Louis Armstrong’s #1 hit from 1968. Maybe it was this connection that drew me to the film – little did I know that it would make such a lasting impression on me.

The reason it was an X (it was later, during the ’80s, re-classified as suitable for 15 year olds), was because the storyline included two of the biggest taboo subjects of the time, homosexuality and abortion. Despite both having been legalized in 1967 the British censor still took a dim view of such things, so you had to be 18 to see this movie when it first was shown at the pictures.

‘Cabaret’ cleaned up at the Oscars in 1973, winning in eight of the ten categories in which it was nominated, including Best Actress (Liza Minnelli’s portrayal of singer, Sally Bowles), Best Supporting Actor (Joel Grey as the Master of Ceremonies) and Best Music (‘Willkommen’, ‘Maybe This Time’, ‘Money Money’ and the title track, to name but a few). This haul is all the more impressive given that the film that pipped it for the best picture award, ‘The Godfather’, had to content itself with just three Oscars overall. Despite all this, whilst ‘The Godfather’ is rightly afforded the status of one of the greatest movies ever made, ‘Cabaret’ has, by contrast, become something of a hidden classic.

During recent times I’ve been surprised at the amount of people I’ve spoken to who’ve never seen ‘Cabaret’. Quite a few of them told me that the title put them off, the term cabaret nowadays associated with middle of the road light entertainment, rather than the decadent nightlife of Weimar Berlin, which the film depicts. 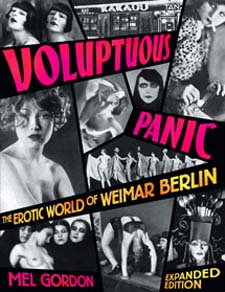 Lots of people presume ‘Cabaret’ is  a ‘Chicago’ type musical, given that both originally came to prominence as Broadway stage productions, (and shared the same director / choreographer, Bob Fosse – Fosse also directed the film version of ‘Cabaret’ and had planned to do the same with ‘Chicago’, before his death in 1987), but ‘Cabaret’ is so much more. For starters, this shouldn’t be regarded as a musical in the conventional sense, despite having one of the greatest soundtracks of all. The film centres around the club where Sally Bowles works, so all of the numbers (except ‘Tomorrow Belongs To Me’, which is rousingly sung by a member of the Hitler Youth in a provincial beer garden, providing a powerful illustration of the rise of Nazism), are performed on stage, some in the satirical style that was a potent ingredient of German Kabarett .

Based on John Van Druten’s play ‘I Am A Camera’ (1951), which was adapted from Christopher Isherwood’s book ‘Goodbye To Berlin’ (1939), inspired by his experience of living in the city during the early ’30s, ‘Cabaret’ is about the shift from the old to the new, providing a snapshot of a key moment in history – the fall of the Wiemar Republic and the rise of the Third Reich.

The film would catapult Liza Minnelli into cinema’s hall of fame alongside her mother, Judy Garland, and her father, the director Vincente Minnelli. Her iconic Sally Bowles image was inspired by silent movie star Louise Brooks, whose best-known films, ’Pandora’s Box’ and ‘Diary Of A Lost Girl’ (both 1929) were made in Weimar Germany. 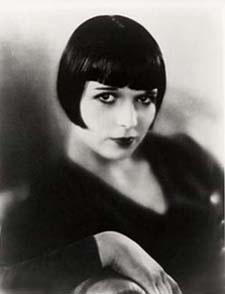 Seeing ‘Cabaret’ emboldened me in my attempts to get to watch more X rated movies, and during the following year I sneaked my way into two films I just had to see, ‘The Exorcist’ and ‘Enter The Dragon’, plus a few more less memorable ones. So, apart from everything else ‘Cabaret’ was a rite of passage for me, part of the process of growing out of childhood and into my teens, but with a tantalizing twist – the alluring image of Liza’s Sally in her ‘Mein Herr’ splendour firmly imprinting itself onto my sexual DNA forevermore.

28 Responses to My First X