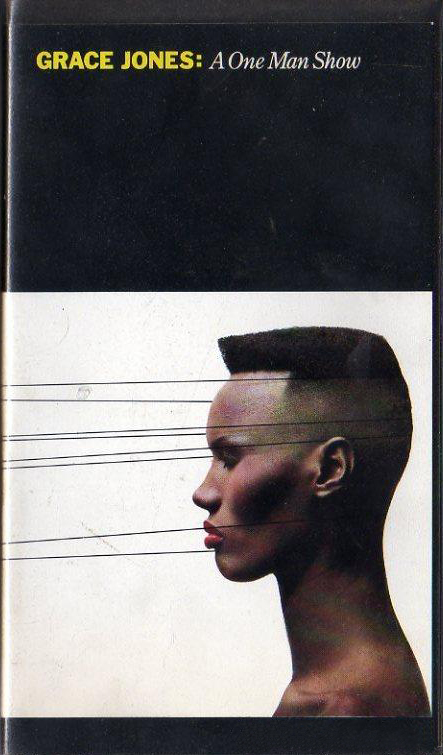 Featuring tracks from the classic Sly & Robbie era (plus a high drama re-vocal of her magnifique Tom Moulton produced ‘La Vie En Rose’), ‘A One Man Show’, directed by Jean-Paul Goude, captures Grace Jones at her most potent.

I picked this up on VHS when it was issued back in the early ’80s, but, for some strange reason, it’s never had a DVD release. Now and then I’d check online on the off-chance that a DVD has finally appeared, but no such luck. That is until the other week when I realised that the recent release ‘Grace Jones Live In Concert’ (also issued on CD) was in fact ‘A One Man Show’, padded out with three additional tracks – ‘Slave To The Rhythm’, ‘Love Is The Drug’ and ‘Crush’. 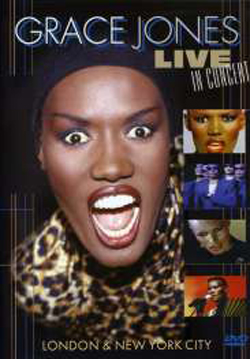 Needless to say that I ordered my copy right away, but I was somewhat disappointed on its delivery to find that the beginning photo sequence from ‘A One Man Show’ had been removed (although part of it is used at the end of ‘Slave To The Rhythm’) and that, instead, it goes straight into the opening track ‘Warm Leatherette’. It also cuts out the credits that run at the end of ‘I’ve Seen That Face Before (Libertango)’, bringing proceedings to an abrupt halt about a minute before the track has finished.

I would have thought that rather than butcher it as they have the company behind the release would have treated it in a much more respectful way, befitting of its brilliance. I suppose I was expecting a remastered  version (quality is no better than the VHS), coming complete with an informative booklet to accompany the disc. Instead they inexplicably came up with the most ordinary (not to mention misleading) of titles for what is an extraordinary visual feast, whilst failing to even source its origin in the sleevenotes. It had crossed my mind that I might have unwittingly purchased a bootleg, but Immortal is a bona fide label specializing in low budget releases.

All in all it’s more a case of a pretty poor show than ‘A One Man Show’, but at least there’s something, if not quite the right thing, on DVD after all this time for those who, unlike myself, don’t have the option of sticking with their old VHS copy.

A One Man Show Wikipedia:
http://en.wikipedia.org/wiki/A_One_Man_Show

6 Responses to A One Man Show – Grace Jones