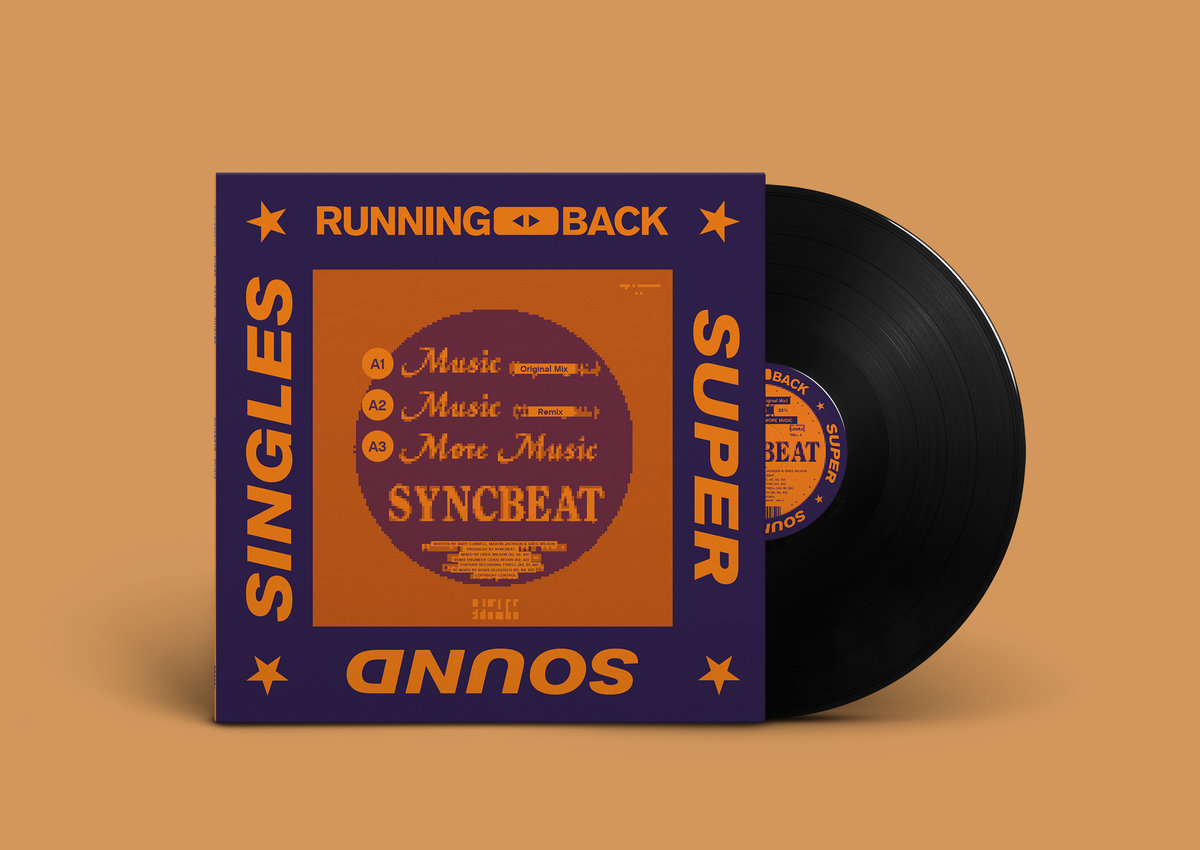 Running Back, the German dance label headed up by DJ Gerd Janson, re-issue one of the first tracks I ever worked on today, 34 years on from its original release in 1984.

The re-issue was inspired by the label’s retrospective ‘Running Back Mastermixes’, which sees the residents of the famous Hamburg club, Front, Klaus Stockhausen and Boris Dlugosch select 37 tracks from the period 1983-1997, when the venue operated, to provide a soundtrack for this pivotal era for the German club scene, which is nowadays, via Berlin, a central player on the world stage.

‘Music’ by Syncbeat was one of the selections. This was a track recorded as part of the ‘UK Electro’ project I worked on with musicians Martin Jackson (ex-Magazine / The Chameleons) and Andy Connell (A Certain Ratio / Kalima). The album, released on Morgan Khan’s seminal Street Sounds label, reached #60 on the UK chart – all but one of the inclusions were our own recordings, but these 6 tracks were listed under 4 different artist names (Zer-O, Syncbeat, Broken Glass and Forevereaction), with most of the credits being various aliases Morgan had concocted, wanting it to appear there was a thriving Electro direction in the UK, rather than just 3 guys making it up as they went along. There’s a full piece about the ‘UK Electro’ album here:
http://www.electrofunkroots.co.uk/misc/uk_electro.html

There were 3 singles taken from the album, all 1984 Streetwave 12” releases – Broken Glass ‘Style Of The Street’, Syncbeat ‘Music’, and Forevereaction ‘U People / B.E.D. 34’. Apart from the original (album) versions, these included new mixes that I worked on with New York engineer Craig Bevan. I’d come across Craig’s name on the Vintertainment label, the New York home of The B Boys, whose underground favourites ‘Two, Three, Break’, ‘Cuttin’ Herbie’ and ‘Rock the House’ had been big on my nights at Legend the previous year, before I stopped DJing to concentrate on making music and managing pioneering Manchester breakdance crew Broken Glass (‘Style Of The Street’ featured 2 crew members, Fiddz and Kermit, who made his rap debut on this track, later forging a successful career with the Ruthless Rap Assassins and Black Grape, before recent excursions both solo and with Blind Arcade).

Beginning with its pronouncement ‘for the first time on this planet’, it was ‘Music’, with its single word sample and African chants that found most acclaim. These were the early days of sampling, and in this respect, from a British perspective, we were right at the cusp. What we’d do on ‘UK Electro’ was a forerunner for subsequent UK artists like Coldcut, Bomb The Bass, S-Express and M/A/R/R/S – our experimental dance and sample combination very much a new thing (it wasn’t until the following year that Paul Hardcastle really took sampling overground with his #1 hit ‘19’). Our samples were played from an Emulator keyboard with the length generally maxed-out – we were extremely limited by today’s standards, but had more than enough to work with at the time. Further to this there was no sequencing, remarkably Andy played in all the keys by hand! The tracks were underpinned by the Linn Drum Martin had invested in, whilst editing played a major part in arriving at the final mixes. 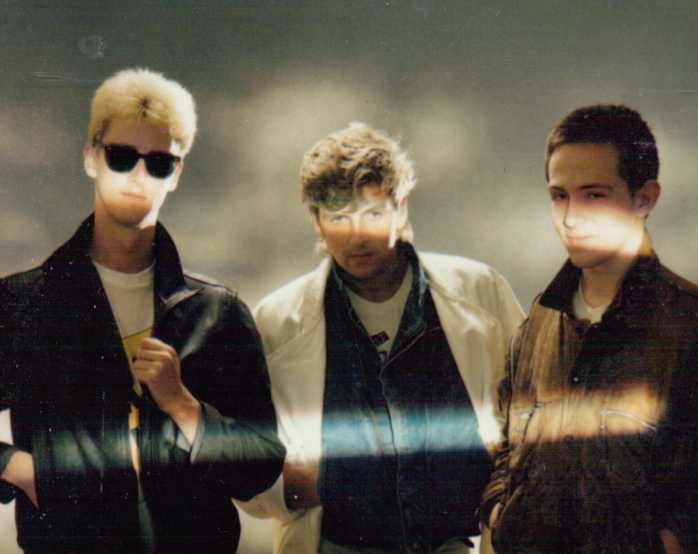 Whilst ‘Music’ was generally well received, picking up single of the week recognition in Record Mirror, it proved, along with the other ‘UK Electro’ tracks, to be something of a square peg in a round hole, never quite finding its UK audience, and arguably being 4-5 years ahead of the curve (when House exploded I remember thinking how ‘Music’ would have been perfectly suited to this new climate). As a consequence the album became something of a curio, gaining cult-status with a generation who weren’t quite old enough to go to clubs, but were buying the Street Sounds albums and, often for the first time, engaging with dance music. It was this generation that helped usher in Rave culture later in the decade, having now reached clubbing age and developed a taste for the oncoming Hip Hop, House and Techno directions.

The ‘UK Electro’ project wouldn’t go beyond the album and its 3 accompanying singles, although Martin and Andy would subsequently re-emerge with Corinne Drewery to form Swing Out Sister, going on to achieve pop success later in the decade, most notably via the 1986 single ‘Breakout’, which went top 10 in both the UK and the US.

It wasn’t until 2003 that I first heard ‘Music’ in a club setting – this was at Low Life in London, the DJ Kelvin Andrews, just months before I embarked on my second DJ career. During this time, and especially via the Electro Empire forum, I realised that the track was still held in affection by those, like Kelvin, who’d have come across it via the Street Sounds Electro series, of which ‘UK Electro’ was an oddball part (all the other releases focusing on the US source).

‘Music’ would also be released in France and Germany, where, as I’d subsequently learn, it became a cult-classic – I was told about tapes recorded at Front on which it was featured, which had a big influence on a new generation of German DJs. Earlier this year Finn Johannsen asked Boris Dlugosch to pick his Front anthems, and ‘Music’ was included – he recalled:

“Klaus played this record when it came out, and when I started as a DJ in 1986 it had a small revival because I rediscovered it for myself. It was one of the most formative records for me. I did not know until then what this record was. I found it by chance in the club’s own record inventory. I loved this track very much and one day I could get a hold of it in a grab bag at Hamburg’s Tractor store for import records, where I was working at the time. Those bags were sealed and contained 10 records. I actually flicked through several other bags until I had two copies of it.”
http://finn-johannsen.de/2018/01/05/anthems-front-hamburg-1982-1997/

In Gerd Janson’s accompanying notes for the release he wrote;

“When I first stumbled across mix tapes out of Hamburg’s seminal Front Club during the glorious and carefree early days of the popularized internet, there were certain tracks on them that struck a chord and had me rewinding the mp3-player.

In fact there was one specifically, I couldn’t stop listening to. The mixture of an infectious bass line, a super sharp snare, “music” and “harmony” vocal snippets, happy claps and synths lines that evoked pictures of a convertible going down a coastline, and – to top it all off – a tribal chant, was irresistible. After some intensive track-id-hunting pre-shazam, I found out that the heaven-sent hymn was Music by an act called Syncbeat. Originally released in 1984 during the craze that was called UK Electro via Street Sounds resp. Streetwave and later licensed to German omnivore Zyx Records. A joint venture between the Electro-Funk mastermind, DJ pioneer and edit maestro Greg Wilson as well as Manchester musicians Martin Jackson & Andy Connell, it is exactly that type of dance track that eludes any classification – as you can see from my description above.”

So here it is again, for the second time on this planet – ‘music’, ‘harmony’, ‘diabolical sound’ and the tribal chant all flying the sample flag. Listening all these years on, it’s still beautiful, even if I say so myself. My favourite version remains the original, which is less hard-edged than the remix and, for me, flows just right – it has an instinctive quality. There’s also ‘More Music’, which is basically a quick cut-up I edited together for a bit of fun more than anything else, stuck on the original 12” as a bonus track. Further to the original versions there are also 3 Boris Dlugosch variants. The record appears for the first time with its proper credits.
https://runningbackrecords.bandcamp.com/album/music-inc-boris-dlugosch-remixes

2 Responses to Syncbeat – For The Second Time On This Planet