By Greg Wilson on October 27, 2016 in Black Culture, Records, The Seventies 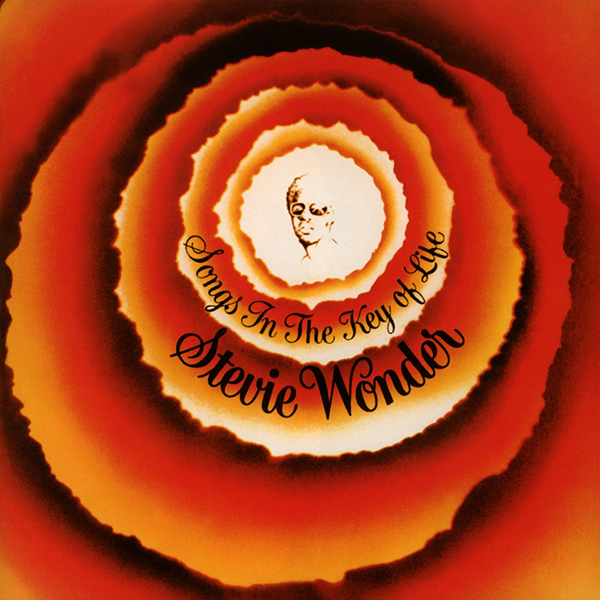 Rewinding 40 years, a new double-album had just been issued that would provide the black music event of the year. 1976 marked the emergence of Punk, but my attention, as a 16 year old DJ working at local venues, the Chelsea Reach and the Penny Farthing in my hometown of New Brighton, was very much geared towards the Soul, Funk and Disco flavours of the time, and the release of a new Stevie Wonder album, let alone a double album (which also included a bonus 4 track EP), was greatly anticipated. It was the first UK release on the newly designed blue Motown label, which had replaced the classic Tamla Motown label that had issued all Motown output here since the mid-’60s, bringing the company’s various imprints (including Motown, Tamla, Gordy, Soul and V.I.P) under one inimitable umbrella.

There’d been a gap of over 2 years since his last LP, ‘Fulfillingness First Finale’’. This had been one of a trilogy of classic Stevie albums released between ‘72-’74, along with ‘Talking Book’ and ‘Innervisions’, so, being widely acknowledged as the greatest black artist of the era, much was expected of his new material. He didn’t disappoint – for here was a singer / songwriter / producer on the most exalted of levels.

‘Songs In The Key Of Life’ is now generally considered to be his crowning achievement and, although he continued to enjoy commercial success, things never quite got this good again on a creative level. It completed a hat-trick of Album Of The Year Grammy awards, following on from previous winners ‘Innervisions’ (1973) and ‘Fulfillingness First Finale’ (1974), and sealed his status as one of the greatest artists to ever grace a recording studio.

The album was immediately a must have for DJs, even the ones who usually never played anything that wasn’t on single and in the top 30 of the chart. This was mainly due to the inclusion of ‘Isn’t She Lovely’, which celebrated the birth of Wonder’s daughter Aisha (who is heard crying at the beginning of the track) and is also memorable for its mammoth harmonica solo. Despite never being issued as a 45, ‘Isn’t She Lovely’ was massively popular with the mainstream audience, prompting a swift cash-in cover by British singer David Parton, the writer of the 1974 UK #1, ‘Sad Sweet Dreamer’ by Manchester group Sweet Sensation, who would score a solo top 5 hit with a watered down version of the Wonder song 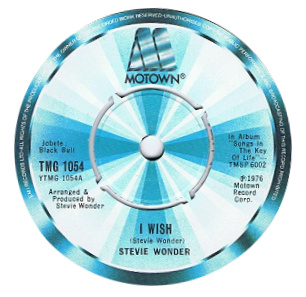 ‘I Wish’, a funky ode to carefree childhood days, was the first single pulled from ‘Songs In The Key Of Life’, going on to reach #5 in the UK whilst topping the US chart. At this point Wonder, despite having a whole array of UK hits throughout the previous decade, had never had a #1 in this country (this would eventually come via 2 of his insipid early ’80s offerings, firstly ‘Ebony And Ivory’, a duo with Paul McCartney, before he scored his only solo UK #1, ‘I Just Called To Say I Love You’ in 1984). It’s likely that if ‘Isn’t She Lovely’ had been issued on 45 the solo UK #1 would have happened 8 years beforehand.

The next 7”, ‘Sir Duke’, a tribute to the Jazz legend Duke Ellington, would also top the US chart, whilst stalling at #2 here. 2 further 45s would follow, both popular with the more specialist DJs – ‘As’, an epic that commences in a gentle laid back manner before reaching almost biblical fervour as it builds to its climax, and ‘Another Star’, the 4th and final track pulled from the LP. Away from the single selections there were more much-cherished cuts, including ‘Passtime Paradise’, ‘Knocks Me Off My Feet’ and ‘Love’s In Need Of Love Today’. 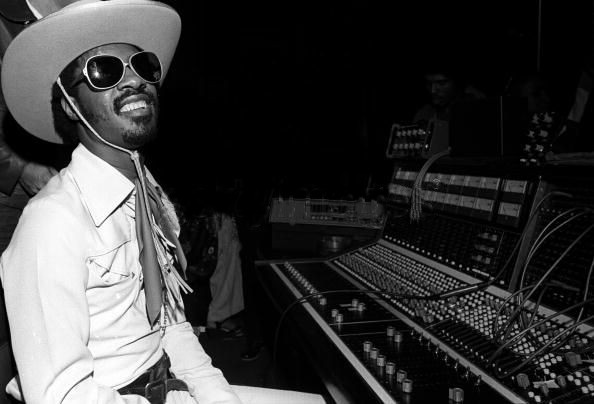 Sadly, the next generation would come to know Stevie Wonder not from his brilliant ‘60s output, or the conscious nature of his remarkable ‘70s albums, but via his mawkish multi-million selling single ‘I Just Called To Say I Love You’, which topped the charts throughout the world and won him an Academy Award in the process (for Best Original Song – featuring in the film ‘The Woman In Red’). It was huge, way too huge – syrupy and sentimental, it simply doesn’t reflect the depth of this musical giant, yet this is the the tune that would become most associated with him and, as a consequence, Stevie Wonder was no longer cool – a major musical travesty when you consider the breathtaking body of music previously released by this iconic artist.

If you want to hear some of the tracks from ‘Songs In The Key Of Life’ in the context of the time in which the album was released, check out my Time Capsule series, which, month by month, covers the records I was playing in the clubs when I first started out. The November and December 1976 editions being the relevant months in this case:
https://www.mixcloud.com/gregwilson/playlists/greg-wilson-time-capsule/ 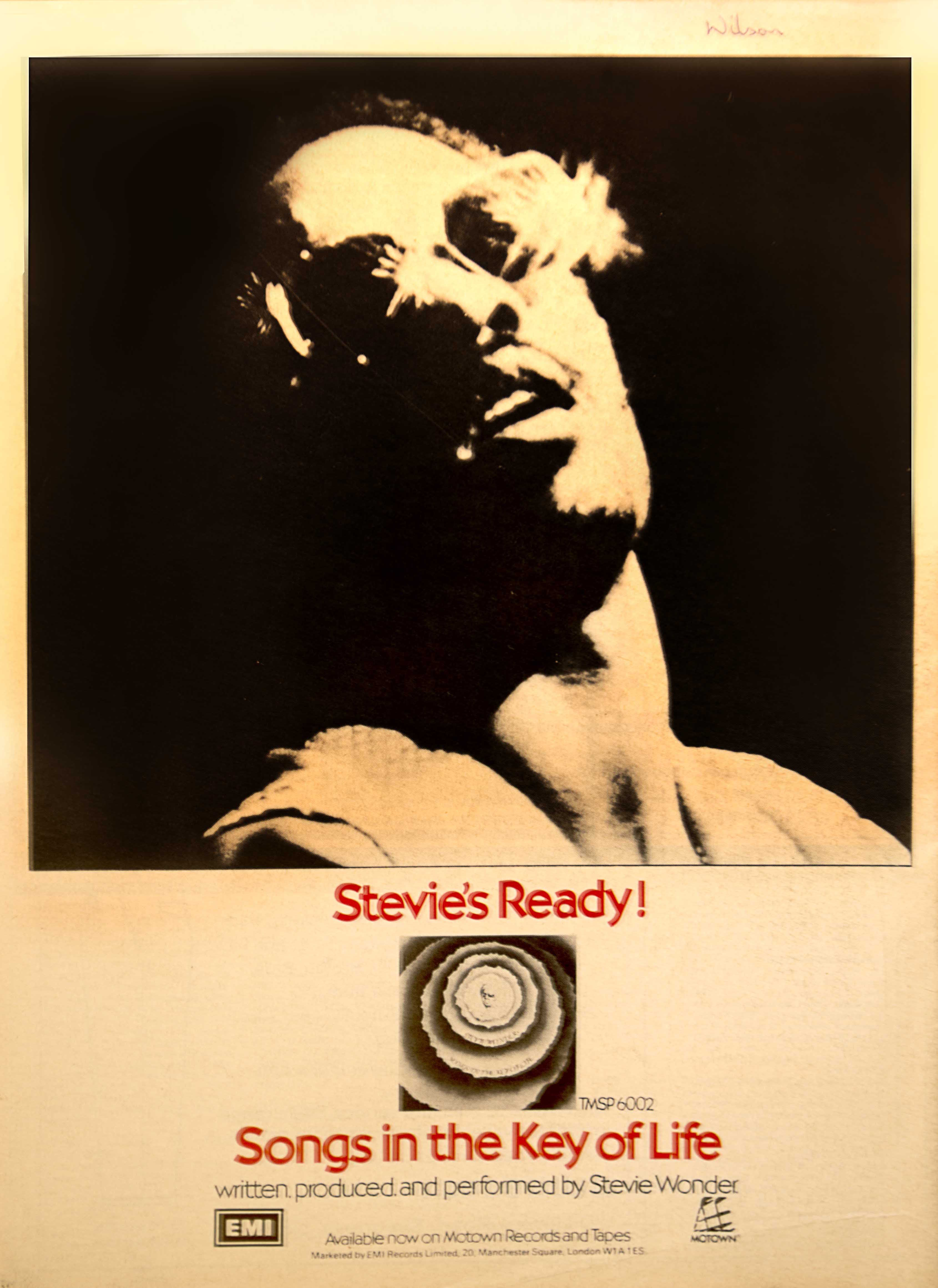 All aboard the Stevie Wonderbus – some fab footage from Sydney, Australia in ‘76:
https://www.youtube.com/watch?v=GPxBA6P4ZsY

Songs In The Key Of Life Wikipedia:
https://en.wikipedia.org/wiki/Songs_in_the_Key_of_Life