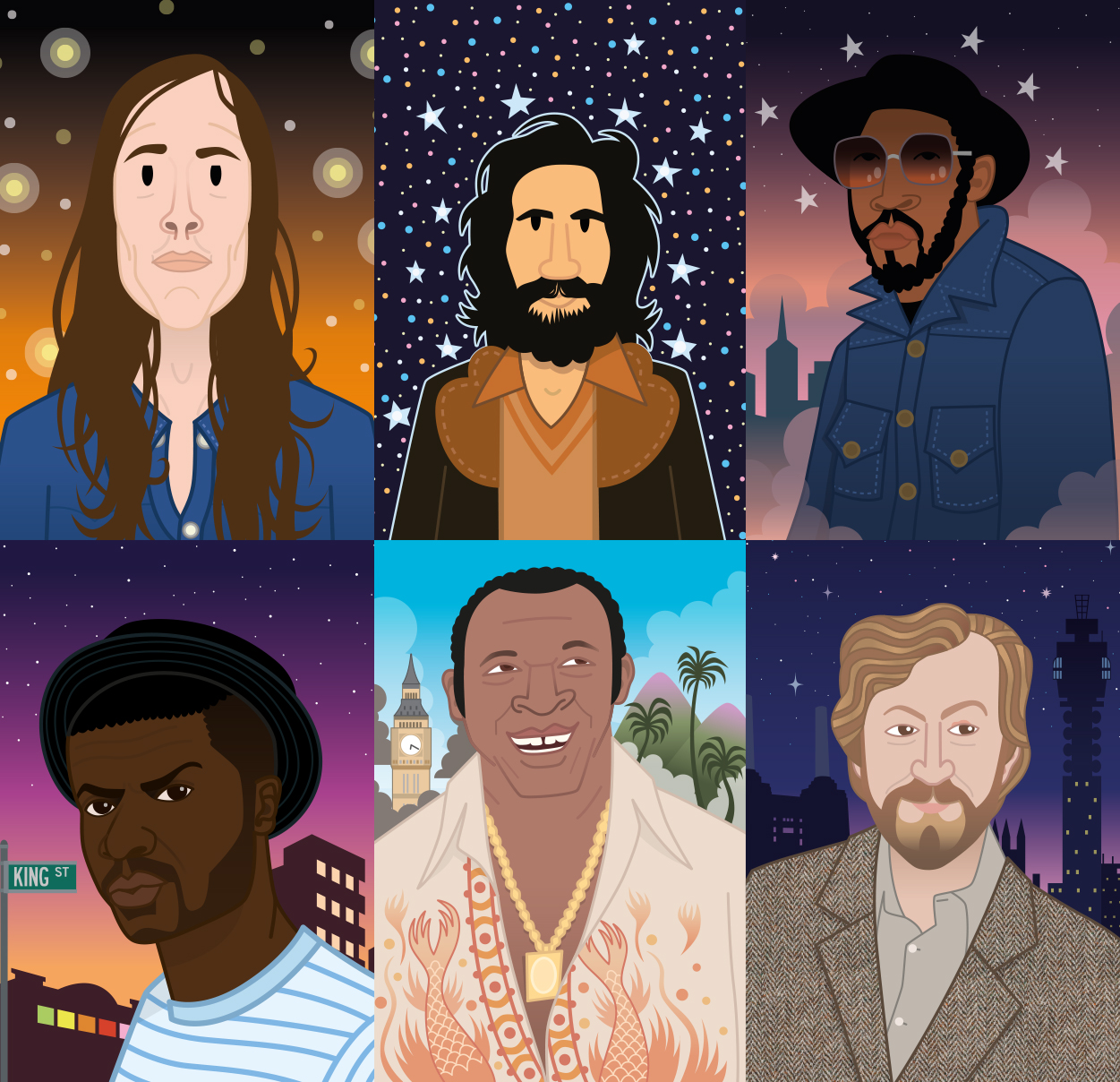 Just uploaded the 6th digital edition of the Discotheque Archives series I’ve been putting together for DJ Mag with the help of Josh Ray. Each month it focuses on a classic DJ, a classic club, a classic record and a classic record label – these are generally a combination of US and UK, with the odd European inclusion, each concerned with aspects of pre-Rave club culture.

What I really like about the way this series has evolved is that, along with more familiar legends of our industry, I’ve been able to draw attention to the contributions of people who’ve been largely obscured in the available accounts of DJ culture’s growth, especially with regards to the UK.

We’ve been so fortunate to have Pete Fowler onboard, his wonderful illustrations of the DJs a key component of the series. I posted the lead image here on social media, posing the question – how many of these 6 seminal DJs can you name (without peeping)?

They are (in the order they appeared in the magazine):

DAVID MANCUSO – His Loft parties, beginning in 1970, had a huge impact on the development of the Disco scene in New York, amongst other things setting the standard for reproduction of sound in a dance space . Read more:
http://www.djmag.com/features/greg-wilsons-discotheque-archives

COLIN CURTIS – A central figure at the vanguard of three distinct dance music movements; Northern Soul, Jazz-Funk and House, Curtis was one of the most influential DJs the UK has produced. Read more:
http://www.djmag.com/features/greg-wilsons-discotheque-archives-2

KOOL HERC – The godfather of Hip-Hop, Herc’s South Bronx parties at 1520 Sedgewick Avenue back in the ’70s were the catalyst for what would subsequently become a global movement. Read more:
http://www.djmag.com/features/greg-wilsons-discotheque-archives-3

JAMES HAMILTON – Originally a soul specialist in the ’60s, the British DJ / writer would later be a champion of New York style mixing, painstakingly BPMing his records and publishing the information in his Record Mirror reviews. Read more:
http://djmag.com/features/greg-wilsons-discotheque-archives-6

Now, whilst most DJs and dance enthusiasts who know their history would have little trouble spotting David Mancuso, Larry Levan and Kool Herc, a prial of New York trailblazers that make up half of the above selection, it’s the British trio that will have stumped people, emphasizing just how little appreciation of our own rich DJ legacy there is, dating back, in the case of Count Suckle, to the ’50s.

It feels that it’s becoming something of a mission to highlight these once crucial contributors to dance culture in this country, now largely lost to time, but who are the giants upon whose shoulders all subsequent British DJs stand, whether they know it or not. The great thing that’s so far come out of this is that I’ve been able to shine a long-overdue spotlight on the likes of Count Suckle, James Hamilton and Colin Curtis, who, each in their own way, were absolutely pivotal in helping spark the UK’s love of dance music, and its eventual leading role in igniting global club culture. Further seminal UK figures whose contributions I’ve touched on via other categories so far include Roger Eagle (Twisted Wheel), Guy Stevens (Sue Records), Richard Searling & Russ Winstanley (Wigan Casino), George Power (Crackers), The Wild Bunch (The Dug Out) and dance label visionary Morgan Khan (Street Sounds Records).

Discotheque Archives has also featured clubs like Chicago’s Music Box and Cosmic in Italy, labels including Prelude and Stax, and records by a range of artists, spanning from the ’60s through until the early ’80s. 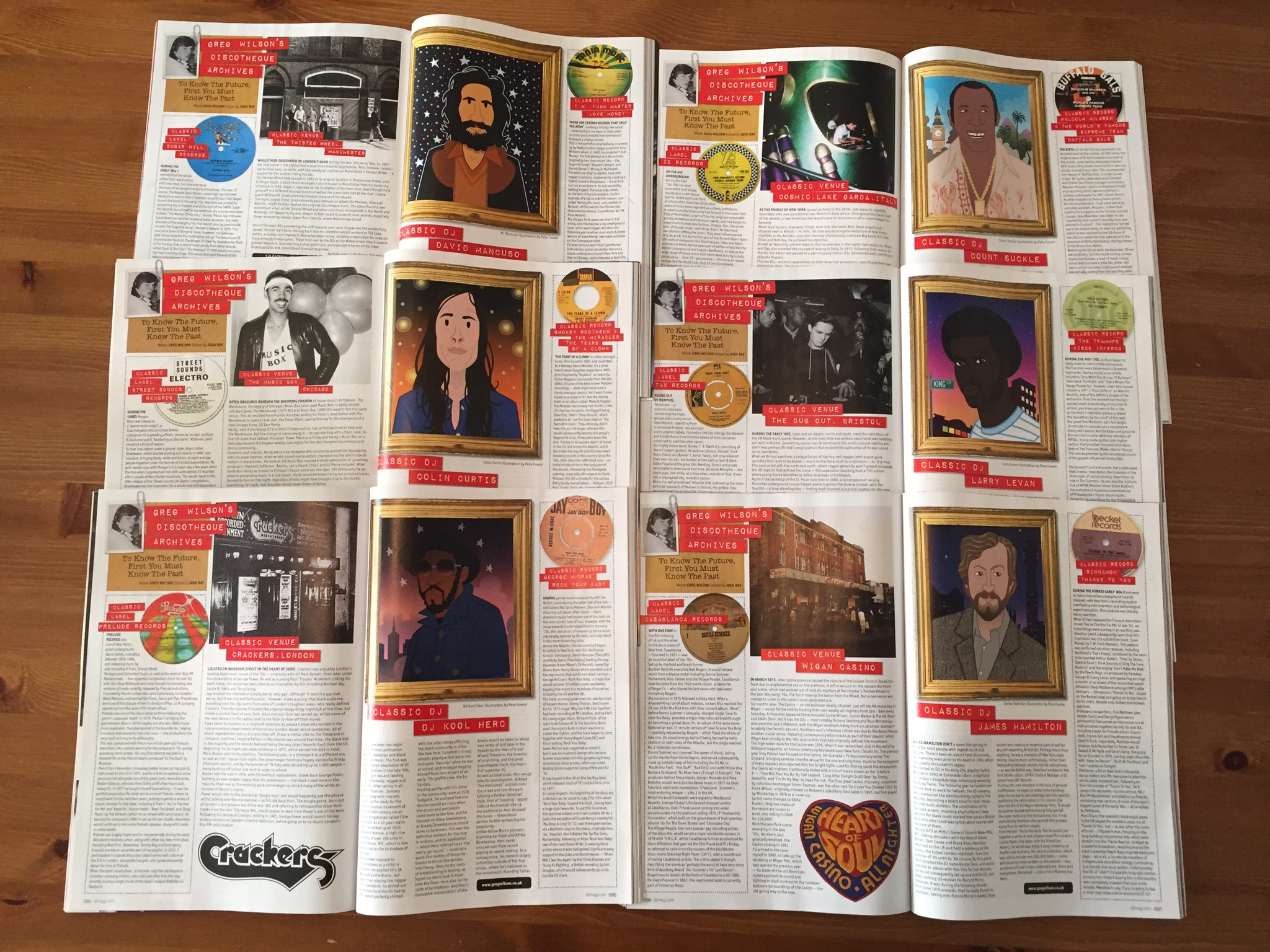 One Response to 6 Seminal DJs