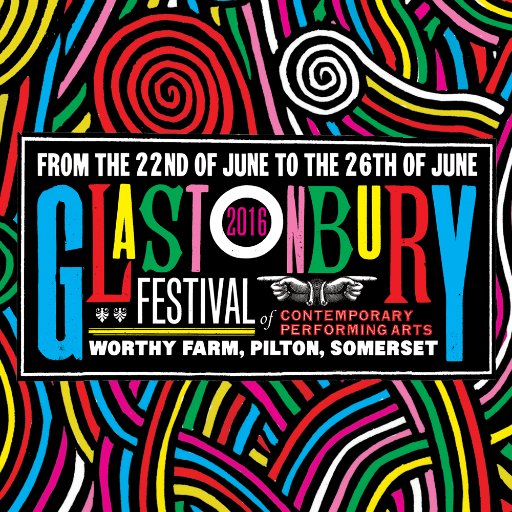 So many great festivals for me to look forward to this summer, but you might have noticed one big omission – Glastonbury. I have to tell you, with huge disappointment, that I haven’t been able to arrange anything realistic, so it’s a case of having to give it a miss this year.

I’ve felt this coming for the past few years. Glastonbury has always been notoriously tight when it comes to fees, with a number of leading DJs refusing to play there for this very reason. It was only in 2011 that I made my debut there, doubling-up with gigs to make it viable, driving in and out on the same day. It was a memorable, albeit muddy introduction to the festival of festivals, but it wouldn’t be until my next time there, 2 years later, that I had my Glastonbury epiphany. This was brought about by a Thursday night gig at the Stonebridge tent that has subsequently acquired a somewhat mythical status for those in attendance (the tent packed inside and out) and is my most listened to live mix on SoundCloud.

I appreciate great store is placed on the festival’s charitable donations, and I accepted the fact that the fees were going to be low where Glastonbury was concerned, it was the nature of the beast, but I’d been looked after with regards to my transport and accommodation, and had been given a decent ticket allocation, enabling me to enjoy the festival with some friends and family, so I accepted this as the situation, understanding that the promoters were all being squeezed to the max with their budgets. They needed DJs to do them favours, or work for free, otherwise they simply weren’t able to book enough to fully programme their areas.

However, the following year there were cutbacks in terms of both fee and tickets offered. The appearances themselves were a joy, but the overall experience of getting less, when you’re already doing it at a massive discount when compared with any other festival, didn’t sit right.

This is the problem – Glastonbury isn’t any other festival, they have a deep history, dating back to 1970, their roots in rock and live music. There’s almost an expectation that people should be perpared to play Glastonbury for the love, given its legacy, and any number of DJs and musicians would be happy to do so, if only to have on their CV.

I have no problem with this – if everyone was willing to approach the festival in this spirit I’d be with them all the way, but Glastonbury, although its roots might be in the free festivals of old, has long been a huge financial juggernaut, with weekend tickets this year costing £228 (plus the booking fees the ticket agents add on the top) and a mammoth 135,000 mouths to feed on site. Is food and drink sold at cost price because it’s in the spirit of Glastonbury not to profit from the event – of course not. It’s a line that’s run out to make the performers feel that they should be thankful for the privilege of playing there.

We’re talking about a festival that’s been selling out before they even announce a line-up! In that context we’re all disposable to one level or another. Other festivals have to carefully think out their line-up on the basis of how many people they might attract. This works from the main stage bands and headline DJs right down the food chain – it’s basic bums on seats mathematics.

Last year I nearly didn’t play at Glastonbury – the offers once more being less than the previous year. I would have had to pass, but I’d promised my son and his band that I’d take them, and I didn’t want to let them down. With the allocation cut, I found myself a ticket short, and it turned into something of a hoop-jumping ordeal before I managed to finally negotiate one. Given all the additional stress in getting this sorted, I thought never again, and instructed my agent, Matt Johnson, that it would need to be a reasonable offer if I was to play this year, something more akin to what I’d received a couple of years previous (my son and his friends, now Glastonbury converts, bought their own tickets as soon as they went on sale this time).

With this year in mind my prime consideration was, of course, for the people who’ve supported me so fervently during the past 3 years, since the Stonebridge gig. Many of them came to all the 3 areas I played in a day in 2014, and last year, at the Beat Hotel, I watched in amazement as this huge marquee, which was pretty threadbare as I set-up, filled up to bursting no sooner had I started. 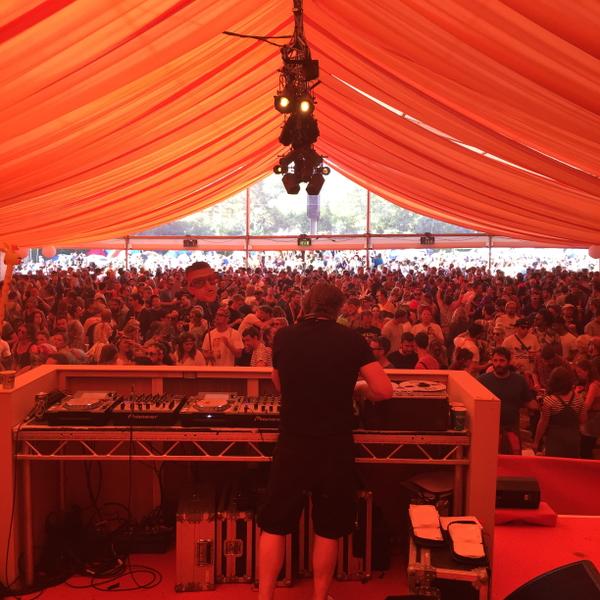 When we were planning out my schedule I asked Matt to keep Glastonbury weekend clear, and I resisted other enquiries including a festival in Ireland I quite fancied in order to leave the way open for this to happen, even if it went to the eleventh hour, which was seemingly the case when an offer came in late in the day. However, it turned out to be a blind alley – they’d assumed I was already on site and would be up for doing it as an add-on. It transpired they had no budget to get me there, let alone pay me, and no tickets to offer. I pretty much gave up the ghost at this point.

Whether I play there or not is an extremely minor issue in the greater scheme of this sprawling mega-festival, but during the past few weeks a trickle of emails and messages asking me where I’m playing at Glastonbury has turned into more of a torrent. My answer, ‘I’m afraid I’m not going to be there this year’, is met with a further question, ‘why not?’, and this is my attempt to give people some sort of explanation as to my absence.

All I can say is that I really wanted this to happen, and would have happily come in at an absolute minimum to make it work, but when you’re prepared to go more than half-way, but you’re not being met there, but expected to, the way it’s been going, pretty much pay for the privilege, its going to squeeze certain DJs and musicians out of the picture, especially when they’re aware that there’s serious money being spent in other aspects of the festival, its performances and production.

I’m fortunate to get some wonderful slots in some stunning spaces, and with appearances upcoming at a whole heap of festivals, big and small, I hope that those of you I’ll miss this time around at Glastonbury will catch me someplace else during the summer.

Fingers crossed I’ll be back at Worthy Farm in 2017. In the meantime here are the recordings from all my appearances to date.

37 Responses to Why No Glasto