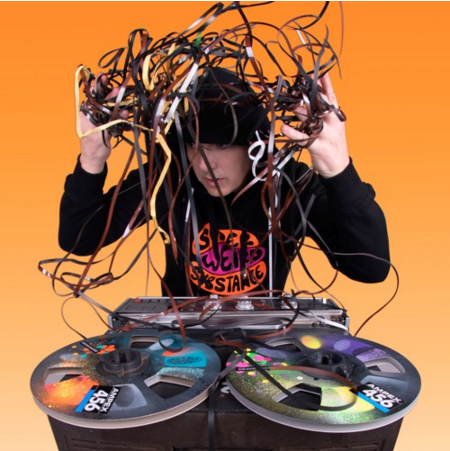 What’s different this year is that I’ve also put together a podcast featuring each of the 20 inclusions, which runs at almost 2 and a half hours. You can stream here:

What’s clear is that the quality of these reinterpretations is as strong, if not stronger, than ever. There are also more new names making their mark; whereas last year my 20 choices were the work of just 10 editors, this year the same amount is split between 15, including a number of names who haven’t appeared in my previous lists – Shit Hot Soundsystem, DSD, Shreddie Murphy, Raw-Artes, Dot 40, Dr Packer, Todd Terje and Hotbath (Todd Terje being a bit of an anomaly in this context, his genius edit of Dolly Parton’s ‘Jolene’ seeing him re-visit the arena where he first made his name a decade ago). These inclusions appear alongside old friends – V, Late Nite Tuff Guy, Fingerman, Luxxury, Derek Kaye, The Reflex and Twisted Soul Collective.

Fingerman (Gregg Holmes) scored a hat-trick of entries, giving him an overall total of 11 inclusions over the 4 years, the most by anyone (Late Night Tuff Guy is next on 10, with 2 in 2015). Via edits from Luther Vandross, Teena Marie, La Pamplemousse, Bloodstone, Seal, Doobie Brothers, Fatback, Steely Dan, Massive Attack, Faze-O and Unlimited Touch, Gregg brings classic / cult-classic tunes back into focus via his un-fussy approach to editing, which never loses sight of the fact he’s working with great source material. This he channels into a contemporary context, providing DJ’s like myself with, as illustrated here, a consistent supply of dancefloor nourishment.

V (aka Muscovite Valique), whose Led Zeppelin ‘Whole Lotta Love’ dub just missed the top spot in 2012, goes all the way this time with his reworking of ‘The Best Of My Love’ by the Emotions (aka The Emoticons). A new take on ‘Whole Lotta Love’ by Luxxury really gathered steam towards the end of the year and is only going to build further in 2016 – it places here at #12 – the first track to make the lists twice.

17. Unlimited Touch – I Hear Music In The Street (Fingerman Edit)