By Greg Wilson on December 15, 2015 in DJ / Club Culture, Merseyside, Mixes, The Eighties, The Seventies 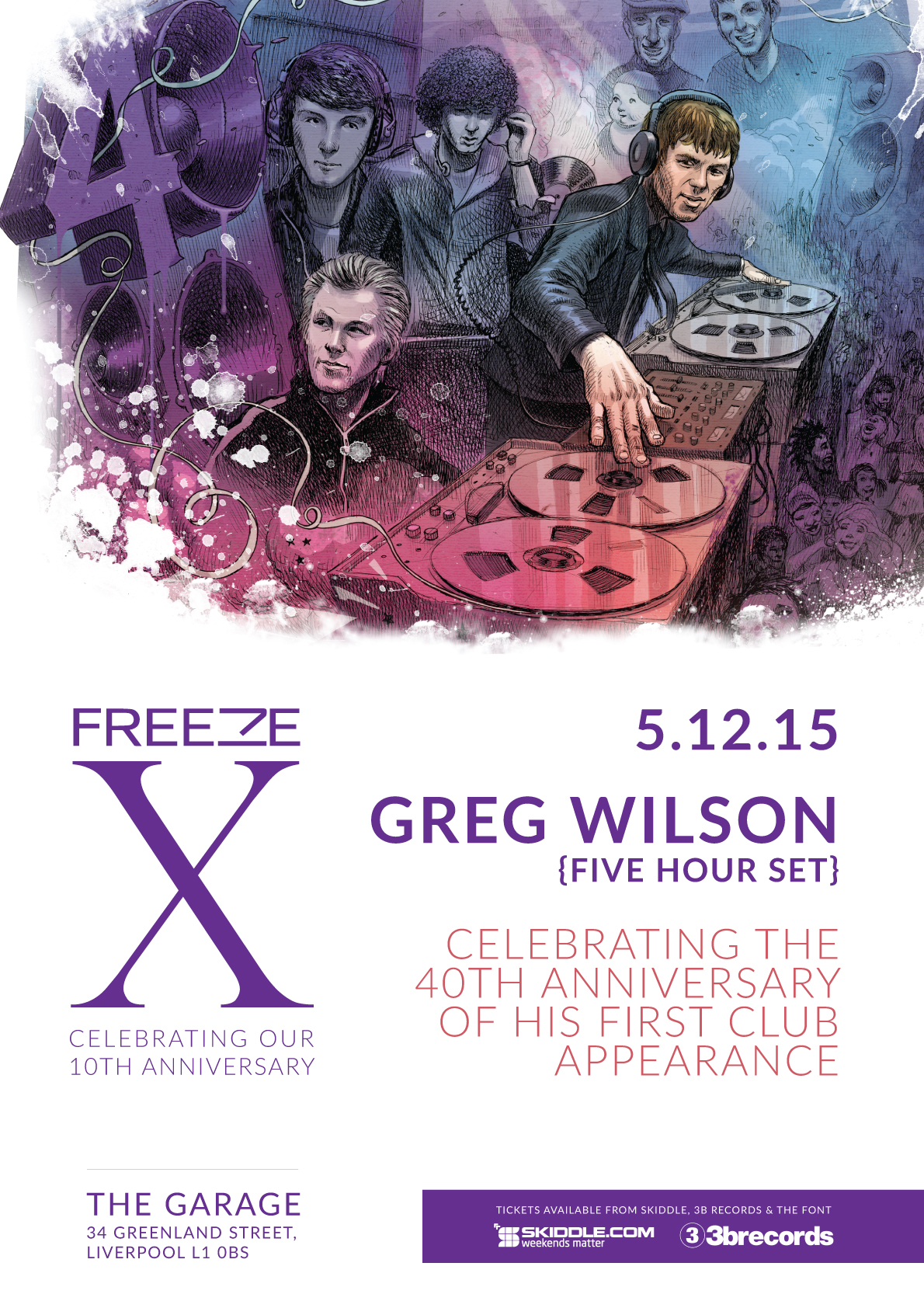 The anniversary weekend in Liverpool went off wonderfully, both at the celebratory Saturday night gathering in The Garage and a somewhat more sedate talk session on the Sunday evening at Jacaranda Records.

Big thanks to all the crew at Freeze / The Garage in promoting / hosting what was a very special night for me personally, and in such a great get down space. It was a fantastic turn out and full-on party vibes as I worked my way through a marathon 308 minutes of music in all, with many a classic mapping the way. I managed to record the whole 5 hours and a bit, which you can now stream / download via SoundCloud.

Jacaranda Records is a café / vinyl record shop managed by Dash O’Brien, who some will know via the Autocycle edits. It’s above the famous Liverpool bar, The Jacaranda, which was once run by Allan Williams, forever remembered as ‘the man who gave The Beatles away’, relating to his role as their first manager and booking agent (it was Williams who booked them into the Hamburg clubs where they honed their sound). John Lennon, and original Beatles bassist Stuart Sutcliffe helped paint a mural in the cellar of the building.

So, with a sense of history to the surroundings, I talked about what it was like to be a DJ 40 years ago, back in the mid-’70s. Dash, along with Dave McTague and Richard Vegas (who were behind last August’s illuminating Next Stop New York event in Liverpool, which I was involved in) helped put the event together. It was invitation only, given the limited space,  and filmed by Robin Clewley.

You can see the talk in full here:

I’m really happy to be able to share these recordings with those who were unable to make the actual events, as well, of course, as those who were there to share in the occasion with me. Thanks to everyone who’s danced to the tunes I play, or listened to recordings of my mixes, during these past 40 years. Looking forward to seeing some of you before the end of the year and on into 2016 and beyond.