By Greg Wilson on May 4, 2014 in Black Culture, DJ / Club Culture, Manchester, Merseyside, The Eighties, The Seventies, The Sixties 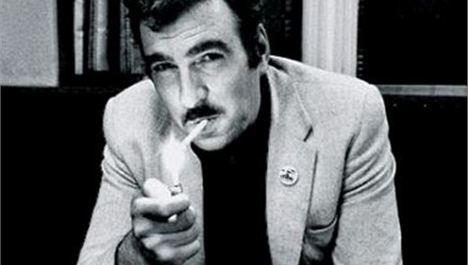 Roger Eagle died 15 years ago today. For those who don’t know who I’m talking about, don’t bother looking for info about him on Wikipedia, for, somewhat unbelievably, he still has no entry – yet this guy should have statues in 2 cities for, suffice to say, without him, both Manchester and Liverpool’s cultural heritage would be substantially poorer. He was a musical maven that made so much happen in ’60s Manchester and ’70s Liverpool, before returning to Manchester in the ’80s. He was there, right in the midst of things, at a series of crucial moments spanning the eras of the Mods, the Hippies, the Punks and the Ravers. His legacy was finally brought into focus via the 2012 Bill Sykes book ‘Sit Down! Listen To This!’. I blogged about it here, hopefully it will help shine some light on the true gravitas of this man:
https://blog.gregwilson.co.uk/2012/08/sit-down-listen-to-this/

BBC Radio 4’s half-hour documentary, ‘Roger, the Eagle Has Landed’, first broadcast on New Years Eve 2012, built upon the new interest in Eagle the book had prompted. It’s available to stream via the BBC iPlayer:
http://www.bbc.co.uk/iplayer/episode/b01phf7l/Roger_the_Eagle_Has_Landed/

It was my wife, Tracey, who told me, earlier today, that it was the anniversary of his death. She has recently discovered a YouTube selection of Roger Eagle compilation cassettes, so many of which he recorded during his lifetime for friends and admirers (his need to share music with people being his defining characteristic). Check them out at the Dave Owens YouTube channel, uploaded as ‘Roger Eagle’s Rockin’ Jukebox’, ‘Roger Eagle’s Crackin’ Up Jukebox’, Roger Eagle’s Jukebox Favourites’ and ‘Roger Eagle’s Reggae Jukebox’ (the numerical sequence might be a bit skewiff, as a number of the uploads have, it seems, been removed due to copyright infringement, but what remains is a sublime selection of records – hopefully the full series might be housed on a more suitable platform, like Mixcloud, at a future date). For starters, here, ‘from Roger`s collection of dub plate specials and white label vinyl rarities’ is Reggae Jukebox Vol 6 – perfect for this chilled-out British bank holiday weekend:

There’s also a wonderful tribute on the Caught By The River blog, one of its co-founders counted amongst the last of the great music mavericks, the mighty Jeff Barrett of Heavenly Records, whose personal eulogy to Eagle is featured. This went online for the 10th anniversary of his passing in 2009:
http://www.caughtbytheriver.net/remembering-roger-eagle/

Finally, thanks to John McCready, who, as I mentioned in my previous blog post, ‘Making A Fool’s Leap’, has set in motion a recent chain reaction, having turned me on to the John Higgs 2012 book ‘The KLF: Chaos, Magic And The Band Who Burned A Million Pounds’, an inspirational read that I have since loudly recommended to anyone who cares to listen. John gave me the heads up on this heartfelt homage to Roger Eagle, on having heard the news of his death in 1999, by The KLF’s Bill Drummond, whose first band, Big In Japan, were managed by the great man back in the Liverpool of the late ’70s:
http://www.dominorecordco.us/usa/features/09-09-08/brutality-religion-and-a-dance-beat-a-short-story-by-bill-drummond-/