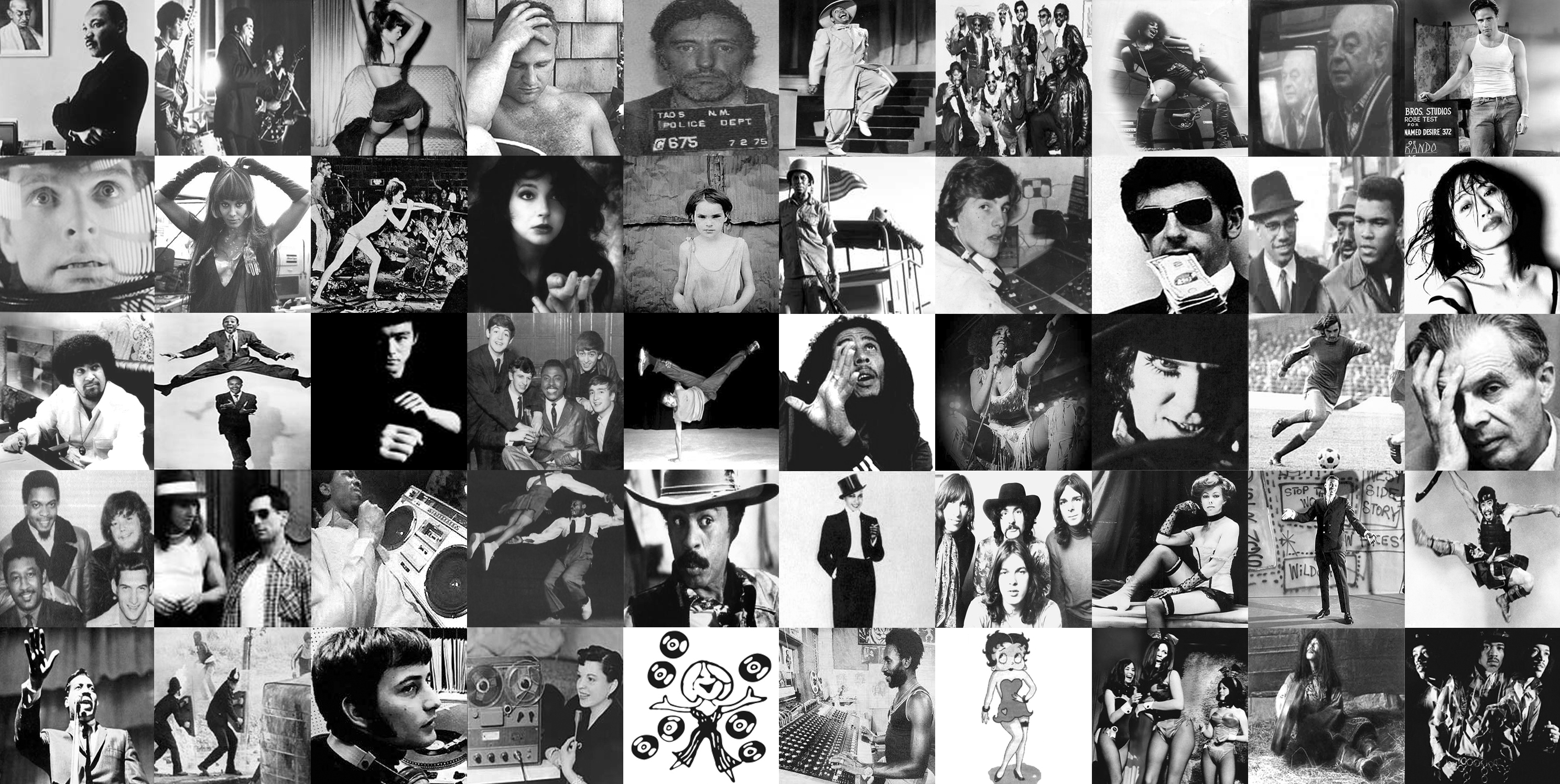 It’s 2013 and Coldcut duo Jonathan More and Matt Black are celebrating the 25th anniversary of their Solid Steel radio show. To mark this milestone, a number of selectors have been invited to contribute a mix to the programme, its presenters choosing various artists and DJs they feel have had a significant presence at some point during the last 25 years. I regard it as a big compliment to be one of those approached, so was more than happy to oblige, the only brief being that they wanted us to weigh in with something that sits outside of that for which we’re generally known, which suited me fine – it was just a case of what? 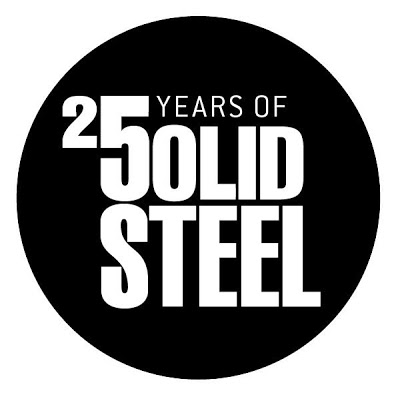 2013 also marks the 30th anniversary of the year when I first went into a recording studio, hooking up with Martin Jackson (ex-Magazine) and Andy Connell (then of A Certain Ratio), both of whom would later go on to enjoy crossover success with Swing Out Sister. Back then we collaborated in forging original experimental material that would form the bulk of the Street Sounds ‘UK Electro’ album, which would, despite (or perhaps because of) its ‘make it up as we go along’ ethos, complete with early use of sampling, become something of a cult classic, reaching a highly respectable #60 on the chart. This heralded an oncoming era of British dance music experimentation and innovation, when a new wave of homegrown artists, including, of course, Coldcut, would invade the Top 10 and help spark the Rave explosion.

During my 2 decade DJ hiatus, my primary occupation was that of record producer, with all the peaks and troughs that went along with it – the high point being my work as producer / manager of Manchester’s Ruthless Rap Assassins, who released 2 albums for EMI in the early ’90s, receiving much critical acclaim in the process, but not sufficient record sales to take things to the next stage (although Assassin Kermit would later top the charts alongside Shaun Ryder, with their debut album as Black Grape). 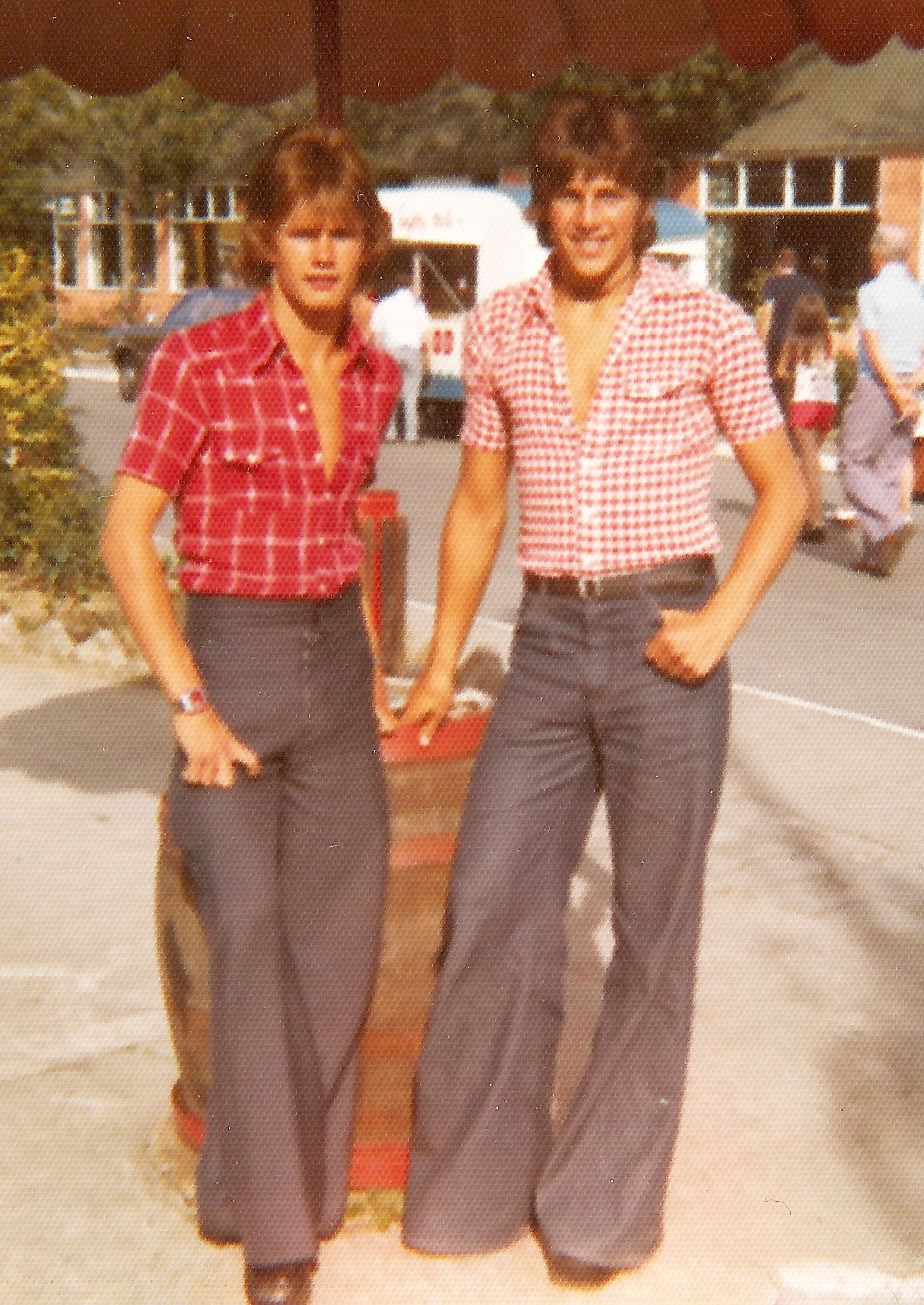 Throughout the rest of the ’90s I’d increasingly struggle to fund the projects I was working on, the money for studio time gradually drying up. Worse still, I ended up losing my mojo for a while. However, as the decade came to a close, I finally overcame my technophobe tendencies to take a leap of faith from analogue to digital, or, to put it another way, dragged myself kicking and screaming into the modern age, with the help of my old school friend, Derek Kaye, who, over 20 years previous, when we were in our teens, had played such a big part in me becoming a DJ in the first place. When it comes to technical matters, Derek, in total contrast to my sad self, is a man who most certainly can, and he set about tutoring me in the fineries of the SADiE digital editing system, which was mainly used in radio production.

The ‘Monastic Mix’ from 1996 (in conjunction with Matt Shannon) had been my final tape edited project, and acted as both an ending and a fresh starting point. As I said in a blog post about it:

‘The Monastic Mix’ very much informed what I did later, especially the Teenage DJ project, which built on that autobiographical slant I’d stumbled across. Its echoes can also be heard via my use of samples in a live context – people who know my mixes from more recent times will, no doubt, recognise many of the samples I’ve subsequently used, which are spun from the same tape, but in a different context – from another time and place’: https://blog.gregwilson.co.uk/2012/11/the-monastic-mix/

One day Derek said to me, ‘I’ve just come across a program that is you’. My ears perked up at his choice of words, ‘is you’ rather than ‘you’ll like’, for, knowing that my approach is completely loops based, he was making a literal statement – he’d identified the best possible means for me to be able to express myself. 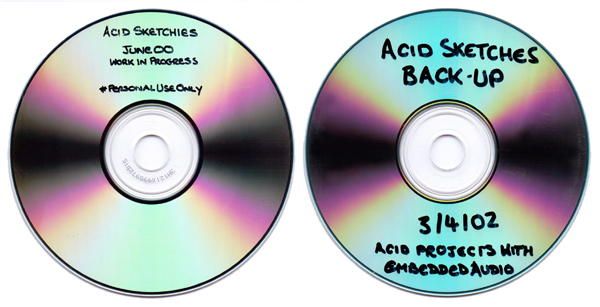 ACID Pro was that program, and Derek was spot on, for it’s me through and through, and as one century blended into to the next I embarked on an exercise undertaken to learn the basics of my chosen software, beginning to put together what turned into a series of musical sketches during the first few years of the new millennium. These ‘Acid Sketchies’, as I originally referred to them, grew into a project of their own, which I called ‘Confessions Of A Teenage DJ’, and a resultant collection of over 30 extracts evolved. They were all put together purely for my personal edification, and in this way it was a liberating process. Now, looking back with hindsight, I can see that it’s the most personal of all my projects, a means for me to externalise my inner turmoil of the previous decade, and make better sense of my place in time, by evoking the playful spirit of the teenage DJ I once really was – I hadn’t thought about any of this at first, I was just having a heap of fun finding my way around the basics of ACID. I must also add that, at the time, I had no intention of attempting to make the comeback that was just around the bend.

In 2003, I put the project on the backburner while I directed my energies into setting up www.electrofunkroots.co.uk, before returning to the DJ fold at the end of the year, where I began playing a handful of the more dancefloor friendly Teenage DJ grooves, and, after they’d received such a positive response, I pressed up a limited edition 4 track 12” entitled ‘Teenage DJ Disco Best’ (borrowing its title, and the ‘Disco’ logo from a promo I received back in 1978 called ‘Kraftwerk’s Disco Best’) in 2005. The underground success of this TDJ record, especially in New York, helped open up my profile on both sides of the Atlantic, and marked a key moment in my renaissance, solidified via the release of my first ‘Credit To The Edit’ compilation later that year, a huge personal landmark (which included a couple of reworks that had been evolved from what started out as Teenage DJ sketches). ‘I Was A Teenage DJ Pt 1 (extended)’ would serve me particularly well, both in the clubs, and as one of my Essential Mix selections in 2009 (having been reactivated on vinyl the previous year) – full lowdown here: http://soundcloud.com/gregwilson/teenage-dj-aka-greg-wilson-i

Aside from the aforementioned ‘Teenage DJ Disco Best’ and its sequel, ‘More From The Teenage Disco Vaults’, the overall project has so far been a largely private affair. Unlike the majority of my output these days, many of these tracks weren’t intended for the dancefloor, and so have remained unheard and unavailable for a decade and more.

To quote myself from 2005, in an interview with Keep On magazine around the time the ‘Disco Best’ EP was upcoming;

“It’s got an autobiographical theme, in an abstract sort of way (although sometimes it’s quite direct). Always in the past I’ve been dependant on musicians, singers and engineers in order to realise any musical ideas I might have, whereas this is the first thing I’ve done that is totally me. It’s loops based, as that’s the way I’ve always worked, but it’s a little more involved than straight re-edits (more like multi-track edits). Most of all, it’s by me for me. What I mean is that it wasn’t made with anyone else in mind. The samples chosen obviously reflect my own influences and love of music (and film for that matter). If other people like it, that’s a bonus, it’s always good to share a vibe, but it ultimately doesn’t matter what anyone else thinks, the main thing is that I’m really into it. There’s definitely a cathartic aspect to Teenage DJ, hence the projects name, it’s me revisiting me, from a spectrum of previous points in my life – every sample representing a certain period, or moment, for me.”

Now, 8 years on from this interview, with Coldcut providing the ideal platform to unveil the wider project, its time has finally arrived. Having been provided with a fitting context in which to present what organically became a cut ‘n’ paste concept all of its own, my contribution to the 25 year anniversary Solid Steel radio show is the debut airing of ‘Confessions Of A Teenage DJ’, which, I should add, by pure serendipity, falls on February 22nd, my birthday!

Mark Kamins
On The Tube

2 Responses to Confessions Of A Teenage DJ