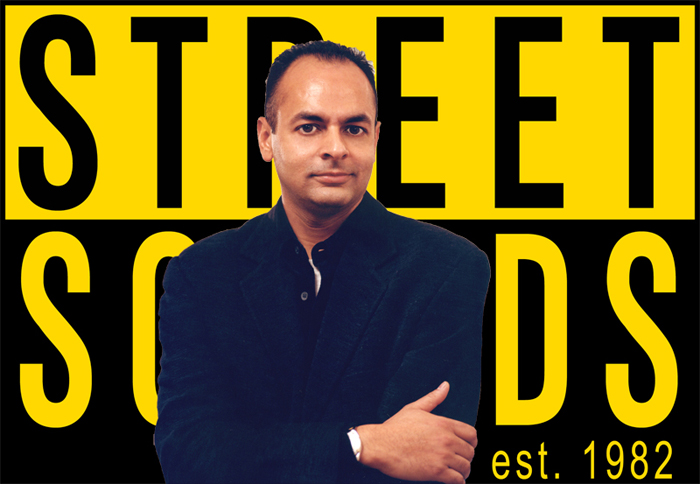 During the 1980s Morgan Khan was viewed as a ‘dance music mogul’, a true instigator who enriched British culture via his unyielding efforts, driven by ‘an ego’, as Blues & Soul once put it, ‘bordering on the manic’ – Khan was (and remains) a force of nature. The fact that his absolutely pivotal contribution to the UK dance movement is constantly ignored remains a great travesty. If you know nothing about his Street Sounds label your knowledge of how dance culture developed in this country is terminally flawed – it’s as simple as that.

In true one nation under a groove style, Street Sounds was inclusive, bringing black, white and Asian, whether they be straight or gay, together under the banner of musical appreciation. In many respects he was a revolutionary, although his reputation was tarnished when the company went belly up in 1988 leaving many people out of pocket – maybe this is the reason he’s been relegated to a minor role, rather than his true position as a central figure in the evolution of the dance direction this country took. He’s fallen out with numerous people in the industry down the years, and I can vouch for the fact that he can be a tricky character, having had my own run-ins with him, but to deny his legacy is to deny our very culture. It’s not overstating things to say that Morgan Khan is one of the most important and influential figures in British dance history. 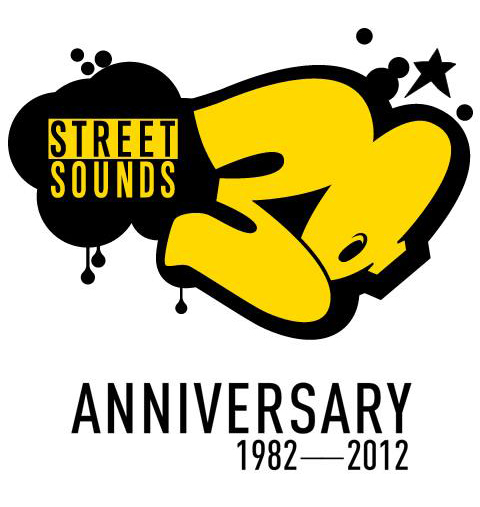 This year see’s the 30th Anniversary of Street Sounds, and on November 17th the occasion is being marked with a 9 hour event at The Coronet in London, with a line-up of old school heroes including Leroy Burgess, Fatback Band, Kurtis Mantronik (of Mantronix), Leee John (of Imagination) and Shannon, plus back in the day DJ legends like Davy DMX, Chad Jackson and Dave VJ (Mastermind Roadshow / Max & Dave). Full details here, via the Street Sounds website:
http://streetsounds.co/

I first got to know Morgan back in the late ’70s when he was working for PRT Records – I particularly remember him busy promoting the seminal Hip Hop 12” ‘Rapper’s Delight’ by The Sugarhill Gang, which would become a major UK hit, reaching #3 on the chart. However it was at R&B Records in 1981 that Morgan really hit his stride, playing a key role in breaking the British Soul / Funk band, Imagination (as part of the promotional push he brought them up to my Tuesday night at Wigan Pier, as he later did with another R&B act, Savanna). The runaway success of Imagination would give him the impetus to launch his own label, Streetwave, later that year.

Out of Streetwave came Street Sounds, and my path would cross with Morgan’s in a major way a few years down the line, in 1984, when I approached him with some demos I’d recorded with a couple of Manchester musicians, Martin Jackson (previously of Magazine) and Andy Connell (then the keyboardist with A Certain Ratio). This would result in the release of the ‘Street Sounds UK Electro’ compilation, with, despite an apparent handful of artists featured, all but one of the tracks having been recorded at our own sessions in Manchester and Oldham. This would turn out to be a pioneering album, which reached  #60 on the chart, and was a taste of what was to come a few years down the line, when ‘DJ records’ became the norm, and acts like Coldcut, M/A/R/R/S, Bomb The Bass and S Express finally brought homegrown dance music to the fore. Full lowdown here:
http://www.electrofunkroots.co.uk/misc/uk_electro.html 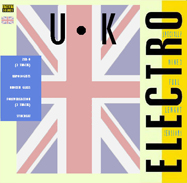 Streetwave was the inspiration for a whole host of independent British dance labels that would emerge later in the decade, whilst Street Sounds laid the blueprint with regards to dance compilations. Morgan had started out with unbridled optimism, in Blues & Soul (April ’82) he’d outlined his intention to create a dance music dynasty in the unlikely location of London’s West Acton, where the label’s office was based. His battle cry was;

“As long as I keep seeing UK dance / soul orientated artists on other labels, I ask myself why the fuck didn’t they come and see me first . It’s unrealistic to want and expect all the action in your own ball park, but hell, let me at least be at least the first to say no!…Britain has for far too long been an importer of ‘Dance’ music, turn the page man, ‘cos we’ve started a new chapter”. 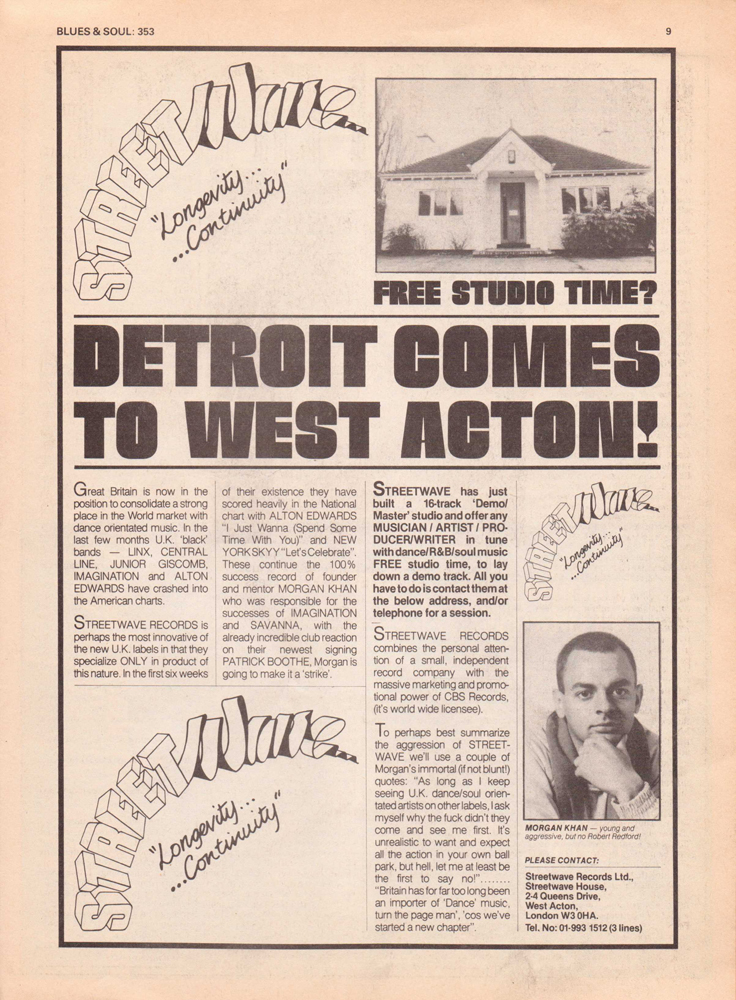 This ‘new chapter’, however, wouldn’t quite work out the way Morgan had envisaged. Streetwave had initial success  with Zimbabwean singer Alton Edwards and ‘I Just Wanna (Spend Some Time With You)’, which reached #20 on the chart, as well as the imports he licensed to the label, but the big hit he needed to ignite things failed to materialise. Streetwave was anything but a failure though, it just never lived up to the ‘British Motown’ hype (‘Detroit comes to West Acton’, the slogan said). Instead of homegrown talent, it would become best-known for licensing imports, which were being played by the DJs on the specialist black scene – between 1982 and 1986 the label would have its finger firmly on the pulse, putting out a wealth of Electro, Street Soul, Hip Hop, Hi-NRG, Jazz-Funk, Rare Groove and Boogie classics, amongst well over 100 12” releases, many of which might never have been issued here otherwise.

Where Morgan Khan really made his mark though was via his seminal compilation album releases (more than 200 in all), the influence of which can’t be understated, despite the fact that they remain almost criminally absent in the available documentation of UK dance culture. The label would score a remarkable 57 chart entries in just over 5 years (1983-1988), its most successful releases being the ‘Street Sounds Editions’ series (or just simply ‘Street Sounds’), launched in December ‘82, and the ‘Street Sounds Electro’ series (which would eventually morph into ‘Street Sounds Hip Hop’), launched in October ’83. 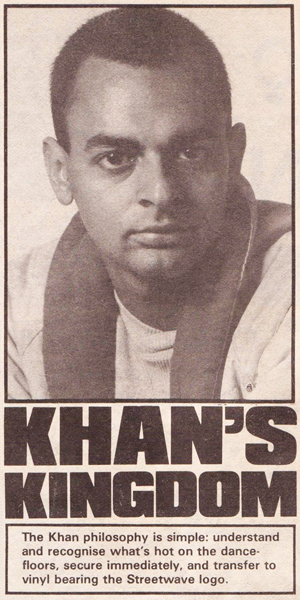 As Blues & Soul writer Damon Rochefort explained in an article called ‘Khan’s Kingdom’ (April ’84), Street Sounds; “totally revolutionised the entire dance music industry by making available , at a more-than reasonable price, a remarkable selection of the very latest dance hits within the financial reach of the country’s younger end of the dance music market”. He continued; “Before the series’ were introduced, kids were faced with the daunting prospect of shelling out upwards of £2.50 for a 12” and close on £5 for an import. The Street Sounds series, obviously, was met with considerable enthusiasm and relief”.

Street Sounds had made upfront dance music affordable – a whole LP for little more than the price of just one 12” import. This was a genius stroke of marketing and introduced a new generation of groove enthusiasts to the music of the established underground club scenes. It was the first successful series of British released dance compilations (unless you go back to a previous era to include the fabled ‘Motown Chartbusters’, which yielded 9 hit albums between 1967-1974), with the Electro LP’s also having the distinction of being the UK’s first series of mixed albums – more here in my blog post from August 2010:
https://blog.gregwilson.co.uk/2010/08/street-sounds-electro/

The first ‘Street Sounds’ compilation failed to make any impression on the chart, but the follow-up, just a couple of months later, reached #35, and all 19 subsequent editions would enjoy chart runs. ‘Street Sounds Electro’, in its various guises, would run up a similar amount of successes.

When the company went into insolvency, in 1988, this was said to be a result of losses incurred by Khan’s club music magazine, the ill-fated Street Scene, which was launched as a weekly in October 1985, and lasted 6 months. A TV report from the time on the fall of Street Sounds, including an interview with Morgan (also a young Dave Pearce, as well as Tim Palmer, the owner of the legendary import specialists, Groove Records in Soho), can be viewed here on YouTube:
http://youtu.be/BF_SLRT3lSI 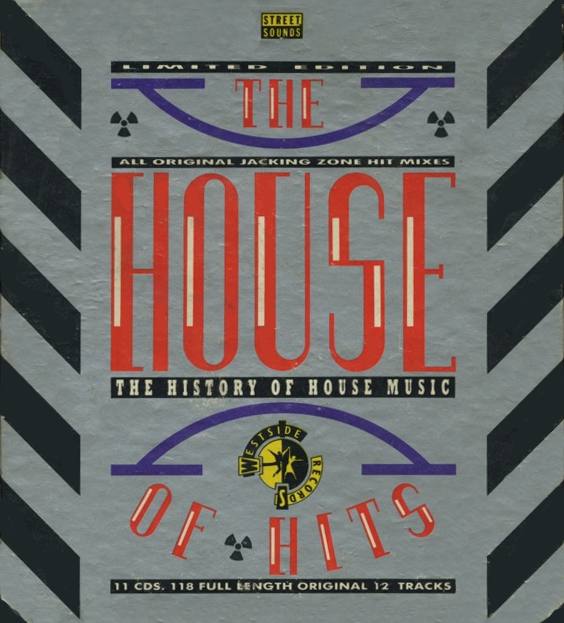 Yet, just as people thought he was finished, Morgan re-emerged for his ’80s swansong, championing the coming wave of dance (a veritable tsunami as it turned out) by acquiring the UK license for Chicago’s most influential House music labels, DJ International and Trax. His ceaseless work, and ‘by all means necessary’ approach to it, had played a major part in clearing the pathway for the approaching juggernaut of the Rave era. His vision for UK dance music was about to become reality, but rather than receiving respect for his groundbreaking innovations, not to mention the quality of the music his labels put out, his place in history was marginalised.

But not by the generation who discovered dance music before the big bang of Acid-House, who, thanks to Morgan, had been enabled to grow up on a healthy diet of ‘Street Sounds’ and ‘Street Sounds Electro’, or maybe their boat was floated by ‘Jazz Juice’ or ‘The Anthems’ or ‘Love Ballads’ or ‘Slow Jams’ or ‘The Artists’ or ‘The Philadelphia Story’ etc. etc. Then there are all the people who revere him as the facilitator of what some would argue to be the greatest Hip Hop event ever staged in Britain, 1986’s ‘UK Fresh’. To each and every one of them, the role he played in helping shape their lives will never be forgotten. 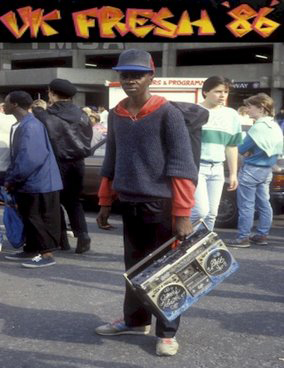 As his Wikipedia entry states;

Morgan Khan’s sharp eye for trends, fast-paced release scheduling, talent for publicity and hype led to him not only promoting his own label, but also the dance music scene as a whole. He was well-known (and disliked in some quarters) for his high personal profile and as a self-publicist; and admired in others for his business acumen, and for representing an Asian success story in a less stereotypical field. Fans of Street Sounds releases admired his insistence on including only full-length versions of tracks, against the previous tradition in music [compilation albums]. Street Sounds albums represent the soundtrack for many UK soul boys and b-boys as they came of age in the mid-’80s.

He continues to fly the Street Sounds flag, combining contemporary and classic Electro artists in his ‘Nu Electro’ series, which he launched in 2009, with the fourth volume issued earlier this year.

9 Responses to Kudos To Morgan Khan