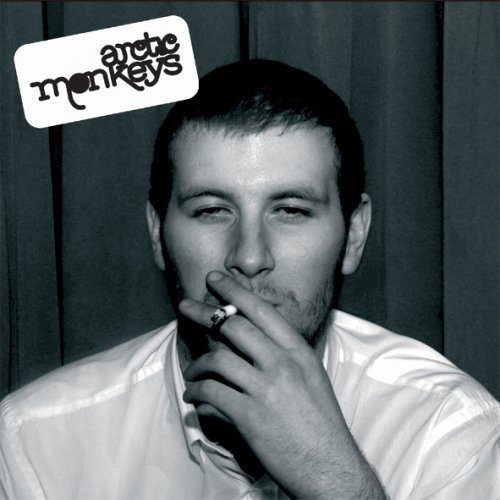 ALBUM: WHATEVER PEOPLE SAY I AM, THAT’S WHAT I’M NOT

This Sunday (October 7th) at 9pm, you’re invited to share a listening session with some likeminded souls, wherever you might be. This can be experienced either alone or communally, and you don’t need to leave the comfort of your own home to participate. If it’s not possible to make the allotted time, hopefully you can join in at your convenience at some point during the following week. See update here:
https://blog.gregwilson.co.uk/2012/07/living-to-music-update-july-2012/

My son has participated in the Living To Music sessions from the off. He was 11 when they started and already embroiled in music – he’s since become something of a multi-instrumentalist, playing in 3 different bands – keyboards in one, drums in another and bass in the third. He’s currently getting into guitar as well, so, given that I never, to my shame, learnt to play anything myself (bar records), he’s fortunately not inherited his father’s lack of musical dexterity (resulting from a lack of patience).

The Nirvana ‘Nevermind’ session, 12 months ago, made a particularly big impression on him, and he’d subsequently become familiar with their wider body of music. Further to this he’d become a big fan of Foo Fighters, the band led by ex-Nirvana drummer Dave Grohl (who’d switched to vocals and guitar). His highlight of the year was going to see them live at the Leeds Festival in August.

He’s always had music around him, in a whole spectrum of styles, but he’s naturally gravitated towards Indie-Rock and, tracing the lineage back, Punk, discovering a broad range of artists, old and new, in the process. However, one band has captured his heart above all others during recent months – Sheffield’s Arctic Monkeys. 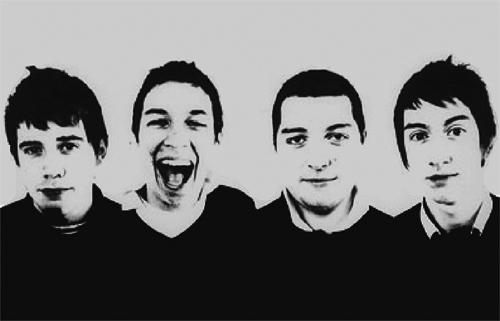 Although I’d never found time to take a closer listen, I’d always personally liked whatever I’ve heard and seen of them, via radio plays or TV appearances I’ve caught, ever since they burst of the scene with one of the great singles of the ’00s, their official debut (they’d previously released a limited EP), ‘I Bet You Look Good On The Dancefloor’, which rocketed straight to the #1 spot on the chart in October 2005. A second single, ‘When The Sun Goes Down’, once again a chart topper, was released a week ahead of the eagerly anticipated album, ‘Whatever People Say I Am, That’s What I’m Not’, which duly became the UK’s fastest selling debut , shifting a staggering 360,000 copies in its first week. The LP’s title was taken from the Alan Sillitoe novel ‘Saturday Night and Sunday Morning’ (1958), which was subsequently made into a film 2 years later, winning acclaim as one of the ‘kitchen sink dramas’, which were a spate of gritty Northern tales that revitalized British cinema during the late ’50s / early ’60s – frontman Alex Turner recognising a similar spirit in the book to what the band were projecting on the album. 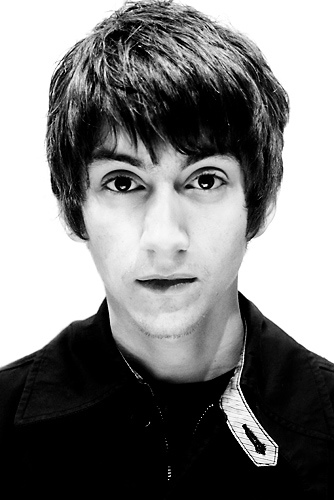 Arctic Monkeys make a great noise, vital and vibrant with hooks galore, but what really sets them apart is the lyrical excellence of the then 20 year old Turner. He brilliantly articulates the experience of city centre nightlife / street life, warts and all, telling it as it is in his own language and his own endearing broad South Yorkshire accent. It’s such a well observed collection of songs, a breath of fresh air in an era that will be largely remembered as the X Factor age, with wannabe pop stars singing whatever they’re told to in pursuit of fame and celebrity. This album reminds us that, even at a time when we’re seemingly in a cultural cul-de-sac, great music is still being made by young people with something real to say.

So, big thanks to my son for turning me on to a brilliant album that I wouldn’t have got around to checking out, at least not at this point, otherwise. ‘Whatever People Say I Am, That’s What I’m Not’, is only the 3rd 21st century recording chosen for L2M – the others being Amy Winehouse ‘Back To Black’ (in Aug 2011) and Janelle Monáe ‘The ArchAndroid’ (in Nov 2011).

Whatever People Say I Am, That’s What I’m Not Wikipedia:
http://en.wikipedia.org/wiki/Whatever_People_Say_I_Am,_That%27s_What_I%27m_Not

A Million And Counting
Their Name Liveth For Evermore

9 Responses to Living To Music – Arctic Monkeys ‘Whatever People Say I Am, That’s What I’m Not’