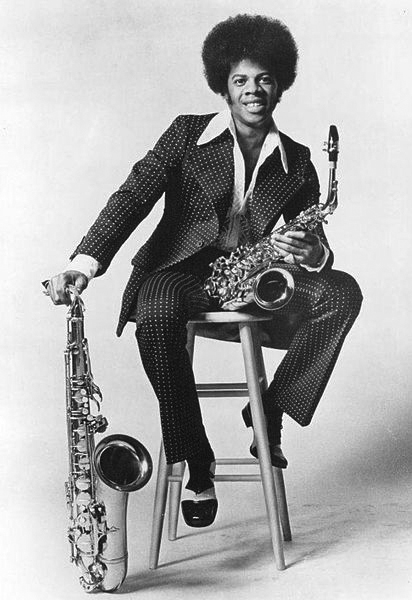 Recording as The Jimmy Castor Bunch, I first came across them back in 1975 when I picked up a copy of their single ‘The Bertha Butt Boogie’, regarded by many at the time as the quintessential ‘bump’ record. It was a big club tune in the UK back then (as was the follow-up ‘E Man Boogie’), although, as with most Funk tracks, it received no radio support, apart from the more underground specialist Soul shows peppered up and down the country, and completely missed the chart as a result:

‘The Bertha Butt Boogie’ is included in Music Played In Discotheques, the mix I put together for the Tate Gallery’s Silent Disco in 2009, along with other tracks that define the 72-75 era:
http://soundcloud.com/gregwilson/music-played-in-discotheques-full-length-by-greg-wilson-for-the-tate-gallery

The title track of their 1972 album ‘It’s Just Begun’ would retrospectively become their best-known recording. A Bronx Bboy favourite, this featured during the famous Rock Steady Crew cameo in the worldwide hit movie ‘Flashdance’ (1983), which played a key role in bringing breakdancing to the masses. Check it out here:
http://youtu.be/Q3ZNFGE8PZE

Their biggest hit, however, once again from the ‘It’s Just Begun’ album, was a genius track called ‘Trogladyte (Caveman)’, which kicks in with the much sampled ‘what we’re gonna do right here is go back, way back, back into time’, before we hear about the average caveman and his adventures, leading him to a memorable encounter with Bertha Butt, one of the Butt Sisters. Too frantic to play out, ‘Trogladyte’ was one of those tracks I’d often put on (filed under mad as toast, and on a very thin, almost floppy, RCA pressing) when I was playing tunes at home for friends, knowing they’d have never heard anything quite like it. This was a million-seller in the US, peaking at #6 on the chart, and was also, of course, the inspiration behind ‘The Birtha Butt Boogie’ a few years on. Feast your ears here:
http://youtu.be/VlRXQEA0yj0

Must dig out the issue of Grand Slam magazine from 2004, which included a great article about Jimmy Castor, telling his story, in ‘way back, back into time’ style, with the piece cleverly written in reverse. Grand Slam, arising from the ashes of Big Daddy magazine, was a top read, but unfortunately a short-lived publication. 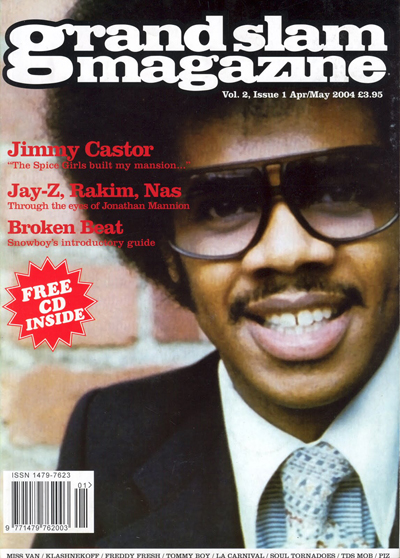 Confused, Misused And In The Dark
Ali At Three Score And Ten