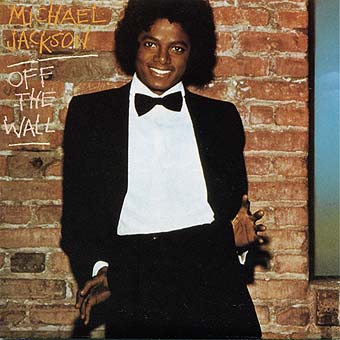 ALBUM: OFF THE WALL

This Sunday (Dec 4th), at 9pm, you’re invited to share a listening session with some likeminded souls, wherever you might be. This can be experienced either alone or communally, and you don’t need to leave the comfort of your own home to participate. Full lowdown here:
https://blog.gregwilson.co.uk/2010/06/living-to-music/

Even though it’s almost two and a half years since his death in June 2009, Michael Jackson remains ever-newsworthy. Only recently, the trial of the physician who administered the drugs that killed him, Dr Conrad Murray, came to a conclusion with Murray convicted of involuntary manslaughter.

There was a time before Jacko was considered wacko, before his life turned into a celebrity soap opera. Sadly, his music increasingly played a supporting role to the stories that surrounded him, some plain silly, others more sinister. This is the side of his legend that gained momentum throughout the ’80s and ’90s, following the phenomenal success of his ‘Thriller’ album in 1983, and the groundbreaking promotional video that accompanied it, but, IMHO, and the opinion of many others, his greatest album came 4 years before this. So for this edition of Living To Music I ask you to try to put aside your preconceptions and listen afresh to an extraordinary artist, incredibly still yet to turn 21 years of age, cementing his place amongst the ’70s greats, and paving the way for his coronation as King Of Pop in the oncoming decade. 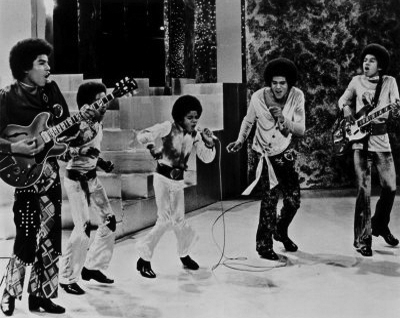 ‘Off The Wall’ is very much Jackson’s coming of age LP. It was released at the end of a decade that had begun for him, and his brothers, with unprecedented US chart success, when each of the first 4 Jackson 5 singles, ‘I Want You Back’, ‘ABC’, ‘The Love You Save’ and ‘I’ll Be There’ all went to #1 within 1970 (they were also all UK Top 10 hits). Almost overnight the group had become Motown’s biggest money-spinner, and this was a company packed with greats, like Marvin Gaye, Stevie Wonder, The Temptations, The Four Tops and Diana Ross, who’d championed the Jackson 5 ahead of their recording debut. The 12 year old lead singer, with the James Brown moves and command of vocal rhythm, was, quite rightly, a revelation, and soon, in addition to ongoing Jackson 5 material (not to mention the TV cartoon series), his solo career was launched.

Initially specializing in ballads, Michael Jackson scored huge US and/or UK hits with songs including ‘Ben’, ‘Got To Be There’ and the Bill Withers classic ‘Ain’t No Sunshine’, on which he displayed a maturity that belied his tender years (as he did on the Jackson 5’s, ‘Never Can Say Goodbye’, a Soul standard composed by Clifton Davis, with other particularly notable, and very different ’70s recordings made by Isaac Hayes and Gloria Gaynor).

Between 1970 and 1973 he was a veritable hit machine, but then the big singles started to dry up, although ‘Dancing Machine’ provided a J5 US swansong, peaking at #2 there in 1974 (it wasn’t a UK hit, but was a significant single for me on a personal level, given that I adapted the title to ‘Dancin’ Machine’ in naming my mobile disco, which I set up the following year). After a few relatively barren years the brothers left Motown, who forced them to drop the 5 from their name, signing to Epic as The Jacksons. They set about recording new tracks at Sigma Sound, the studio responsible for the famous Philly Sound, which had been tearing up the dancefloor as Disco hit its stride with artists like The Trammps, The O’Jays, Harold Melvin & The Bluenotes, The Three Degrees, The Intruders and studio band MFSB. Bringing in hot producers Gamble & Huff, the brothers returned to the US Top 10 with ‘Enjoy Yourself’, whilst hitting the UK #1 spot with ‘Show You The Way To Go’. Their 1978 album ‘Destiny’ included 2 massive hits, ‘Blame It On The Boogie’ (written and originally recorded by English singer/songwriter Mick Jackson – strange but true) and ‘Shake Your Body (Down To The Ground)’. 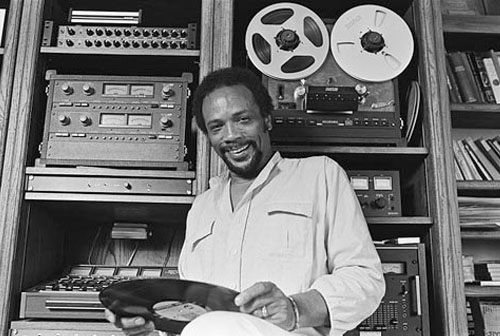 This renewed success set things up nicely for Michael Jackson’s solo return, and he didn’t fail to deliver. ‘Off The Wall’, with the great producer Quincy Jones at the controls (and Jackson taking a co-production role, in addition to some of the songwriting credits), was packed full of hits, no less than 4 US Top 10 singles – ‘Don’t Stop ‘Til You Get Enough’, ‘Rock With You’, ‘Off The Wall’ and ‘She’s Out Of My Life’, the first 2 being chart toppers.

Another major contributor to the album, songwriter Rod Temperton, provided 3 of the tracks, ‘Rock With You’, ‘Off The Wall’ and ‘Burn This Disco Out’. Temperton, from the English seaside resort of Cleethorpes, already had a hit pedigree. As a member of the British-based Anglo-American Funk band Heatwave he’d written a quartet of UK Top 20 singles, ‘Boogie Nights’, ’Too Hot To Handle’, ‘The Groove Line’ and ‘Always And Forever’, a trio of which had also reached the Top 20 Stateside (‘Too Hot To Handle’ being the exception, the biggest being ‘Boogie Nights’, which peaked at #2 in both the UK and the US).

Jackson would once again team up with Quincy Jones, as well as Rod Temperton (who composed the all-important title track), for his crowning glory, ‘Thriller’, and a whole new phase of unimaginable fame and fortune would follow. However, it’s the pre-‘Thriller’ Michael Jackson we celebrate via this selection, already a truly remarkable artist who’d achieved so much by that point in time, but who’s legacy is overshadowed, and for some tainted, by what happened subsequently.

12 Responses to Living To Music – Michael Jackson ‘Off The Wall’