By Greg Wilson on May 31, 2011 in Black Culture, Hear, Records, RIP, The Eighties, The Seventies 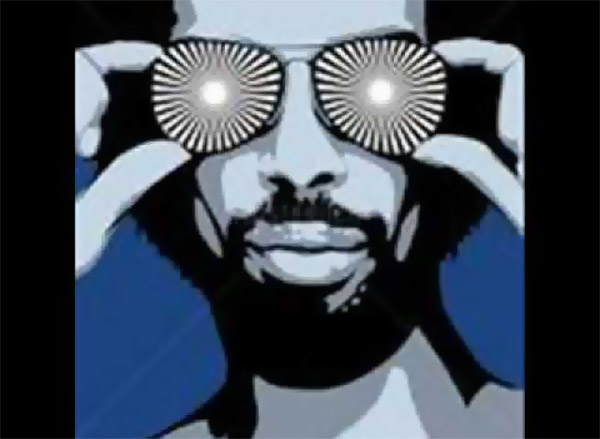 Gil Scott-Heron died last Friday (May 27th 2011), aged 62. He was one of those artists who built his reputation on the fringes – hugely influential, yet almost completely unknown within a mainstream context.  Initially a writer and poet, Scott-Heron hooked-up with musician Brian Jackson at university in Pennsylvania during the ’60s, the duo combining to great effect throughout the ’70s on a number of albums. His vocal style would be an inspiration to the oncoming Hip Hop generation, to whom his socially conscious lyrics, and their defiant delivery, helped lay the foundations for the Rap genre that would subsequently flourish during the ’80s and beyond, not least his keynote recording, ‘The Revolution Will Not Be Televised’, taken from his 1970 debut ‘Small Talk At 125th And Lenox’.

My first exposure to his music was via a cover version of arguably his most famous track ‘The Bottle’, with alcoholism its subject matter. This had been recorded by Brother To Brother (as ‘In The Bottle’), and was on a compilation album, ‘It’s All Platinum’, which I bought back in 1975, before I started out as a DJ. All Platinum was a black music label owned by Joe and Sylvia Robinson, who’d go on to launch the seminal Hip Hop imprint, Sugar Hill, in 1979. 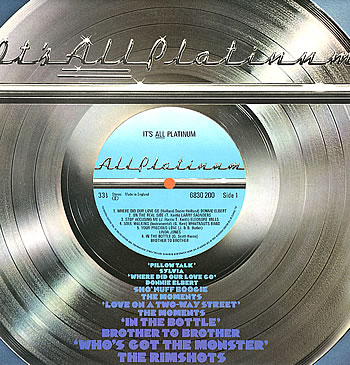 ‘In The Bottle’ was a big personal favourite, but it wasn’t until later that I realised that this was a cover, first recorded by Gil-Scott Heron & Brian Jackson on their 1974 album ‘Winter In America’.  This original version had been a major Blackpool Mecca ‘discovery’ – the Mecca being right at the forefront of the Northern Soul  movement, and its DJs, Ian Levine and Colin Curtis, renowned for breaking the mould, playing contemporary releases alongside the 60’s obscurities that provided the mainstay of a Northern Soul session circa ’74. ‘The Bottle’ was by no means a typical Northern track, given its Jazz leanings, but it took off in a big way at the Mecca, and later at the scene’s most fabled venue, Wigan Casino.

Having no Northern Soul connections at the time, I was completely unaware of this and only learned about the tracks legacy with hindsight – it wasn’t issued as a single in the UK until 1979 (as a 12” on the Inferno label, which was set up by Neil Rushton, a key player on the Northern scene), although an epic live version appeared on the flip of the 1977 single, ‘Hello Sunday! Hello Road!’ (this went on to become a huge favourite with the Jazz Fusion dancers a few years down the line, with its faster / more percussive flavour). The first Gil Scott-Heron record I actually bought was the 1975 single ‘Johannesburg’, a show of solidarity with fellow blacks living under the apartheid regime in South Africa.

As the Jazz-Funk scene gained momentum during the late ’70s, ‘The Bottle’ acquired classic status outside of Northern Soul circles, with the Inferno 12” being snapped up by the more adventurous DJs with specialist aspirations, myself included. The following year (1980), when I became the resident DJ at Wigan Pier, I found myself at the helm of one of the leading Jazz-Funk nights of the period, the weekly Tuesday session, and would often dig out ‘The Bottle’ to play in an oldies slot, alongside other cornerstone tracks, like ‘Running Away’ by Roy Ayers, Donald Byrd’s ‘Dominoes’, and ‘Expansions’ by Lonnie Liston Smith. There’s a list of Wigan Pier Jazz-Funk oldies that I put together in 1981 here:
http://www.electrofunkroots.co.uk/lists/80s_floorfillers.html#a

Gil Scott-Heron was certainly an artist who greatly contributed to the evolution of black expression, and, although his isn’t a household name, true aficionados will always dig that little bit deeper to discover the roots, where they’ll find this incomparable street poet telling it like is and, via the insightful observations he made in his own lifetime, inspiring others, both now and in the future, to articulate the experiences of their own generation and properly bear witness.