By Greg Wilson on August 26, 2010 in Books, Merseyside, Psychedelia, Read, The Beatles, The Sixties 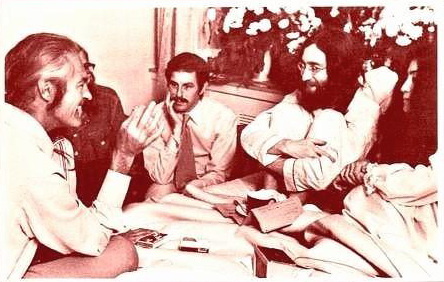 More than interested to recently hear that Liam Gallagher has acquired the rights to one of my favourite Beatles related books, ‘The Longest Cocktail Party’ (1972), and plans to make it into a film.

Told from the perspective of ‘house hippie’, Richard DiLello, this wonderfully entertaining memoir aptly describes itself as ‘An insiders diary of The Beatles, their million-dollar Apple Empire, and its wild rise and fall’. What really sets it apart is that (bar the author, of course) the books central character is neither John, Paul, George or Ringo, but Derek Taylor, the bands press officer who, alongside fellow Liverpudlians Brian Epstein, Neil Aspinall and Mal Evans, played key supporting roles as part of the Beatle inner-circle.

I got to know about Derek Taylor once I became a Beatle bookworm in the mid-’80s, when I was buying everything I could find about them, often from second hand stores (as with my original copy of ‘The Longest Cocktail Party’, a UK first edition, which I stumbled across in a London junk shop). What particularly impressed me about him was that having worked for The Beatles as they conquered America in ’64, he would also thrive when he left their employment and went to live in California, where he’d count some of the biggest West Coast groups amongst his clients – these included The Byrds, The Mamas And The Papas and The Beach Boys. He also left his signature on the fabled Summer Of Love via his involvement with the seminal Monterey Pop Festival, which paved the way for Woodstock two years later. Suffice to say that Derek Taylor was right up there with the ’60s movers and shakers.

In 1968 he moved back to the UK to work with The Beatles once again, taking up an executive position at the newly formed Apple Corps. This is what Richard DiLello’s book documents in such a delightful way, capturing a true taste of those heady times.

Taylor wrote a few books of his own, including ‘It Was Twenty Years Ago Today’, which was published as part of the 20th anniversary celebration of ‘Sgt. Pepper’s Lonely Hearts Club Band’ in 1987, plus a great little anecdotal treasure titled ‘As Time Goes By’ (1973). Then there’s his autobiography ‘Fifty Years Adrift’ (1984), which I’d love to devour, only problem is that it’s always been ever so slightly out of my price range. There’s a copy currently on Amazon at a cool £1,478. Or for just under £500 more you could nab yourself this review copy: 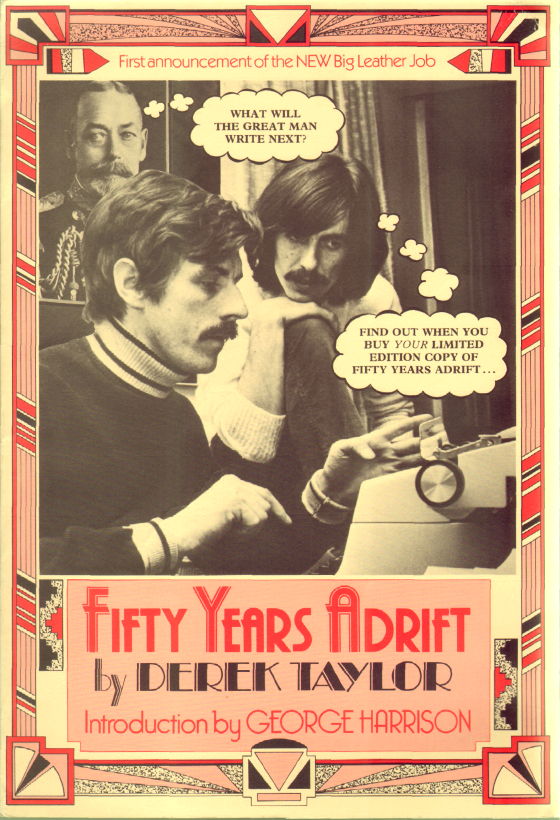 As the ’60s drew to a close he coordinated one of the great media events of the century, John & Yoko’s ‘Bed-In For Peace’ at the Queen Elizabeth Hotel in Montreal (which followed the bed-in at the Amsterdam Hilton after their marriage two months earlier, in March 1969). It was here, in the hotel room, that ‘Give Peace A Chance’ was recorded, with Taylor (who’s namechecked in the lyrics) joining the likes of Timothy Leary, Allen Ginsberg and Dick Gregory in the chorus. 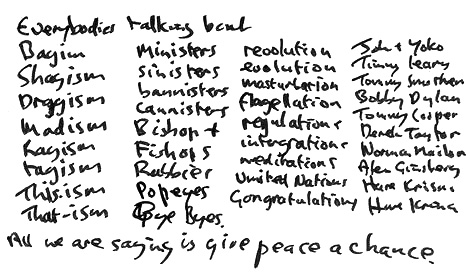 For someone who began his career as a journalist just a matter of miles from where I grew up, working for the Hoylake and West Kirby Advertiser, Derek Taylor well and truly travelled to the outer limits of the pop cosmos. He died in 1997, but what a life lived!

Clips from the Montreal bed-in:
http://www.youtube.com/watch?v=acb15JsCGSk

Article about Derek Taylor in the Montreal Gazette in May 1969 (following the Monreal bed-in):
http://beatles.ncf.ca/taylor.html

One Response to The Press Officer – Derek Taylor